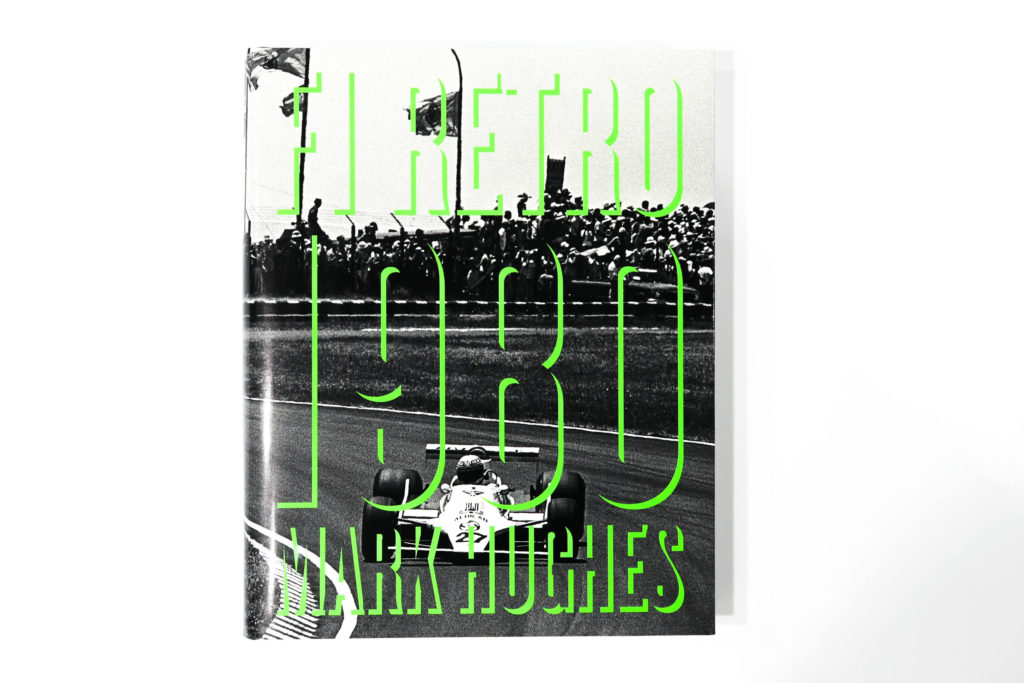 For the much-anticipated second book in his F1 Retro series, Mark Hughes turns the spotlight on 1980, a year that marked a watershed moment in Grand Prix history. It was the beginning of modern Formula One, as Bernie Ecclestone’s formidable commercial brain came into conflict with the traditional sporting authority of governing body FISA and its autocratic boss Jean-Marie Balestre.

With his typically in-depth style, Mark looks at this defining season from multiple perspectives. As well as the opening salvoes in the FISA-FOCA war, set amidst the backdrop of Formula One’s increasing global appeal, there was the battle for technical supremacy on the track.

This was a gloves-off fight between independent teams such as Brabham and Williams, which were beginning to fully exploit the potential of ground-effect technology, and manufacturers such as Renault, which had brought the brute force of turbocharging into the sport.

Added to this volatile blend were great drivers that formed the link between the gladiatorial heroes of the 1950s and 1960s, and the data-driven professionals of today.

Championship rivals Alan Jones and Nelson Piquet fostered a mutual loathing, the urbane Carlos Reutemann helped Williams to secure its first Constructors’ Championship, and the legendary Gilles Villeneuve wrung the neck of the recalcitrant Ferrari T5 as only he could. In the prevailing atmosphere of tension and controversy, it was inevitable that the title would be decided after a clash between Jones and Piquet.

Mark vividly evokes the era from sporting, political and historical viewpoints, producing a book that is rich in anecdote and insight. There’s a race-by-race analysis, plus fascinating technical details on all of the cars that explain the phenomenon of ground effect and why some teams exploited it so much better than others. Hughes even presents a 21st-century CFD breakdown of Jones’ championship-winning Williams FW07.

There are contributions from those who were there, too, including Jones and Patrick Head, the man who designed the FW07. Technical drawings of this ground-effect masterpiece are included, along with other contemporary documentation.

The author delves into every detail to provide a unique, definitive and multi-layered account of the 1980 season. Supported by beautifully presented period photography, it provides a fresh perspective on this most significant of F1 GP years and is a must for all fans of motor racing.