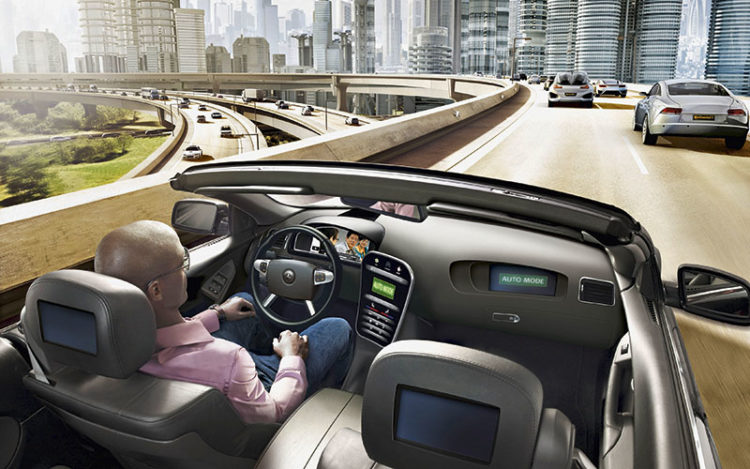 Germany is the economic powerhouse of Europe, and German companies occupy prime positions at the forefront of international trade and industry, science and technology. From Adidas to Allianz, BMW to DHL, Puma to Lufthansa, Siemens to Volkswagen – the best brands of corporate Germany are among the most successful businesses in the world.

Continental Corporation’s automotive group is one of the German industrial giants pulling their weight on a global scale. Last year, it notched up over 19 billion euros in sales, and it has nearly 100,000 employees. Another major automotive player from Germany is ZF, which recorded over 17 billion euros in revenue from its drivetrain and chassis products/services, and has 75,000 workers on its payroll.

As part of their run-up to the 65th Frankfurt Motor Show next month (September), both Continental and ZF gave media previews of their latest technologies that will make motoring safer and motorists, happier.

Some of the more sophisticated systems are still in the proofing stage, several years away from mass production, but the ones highlighted here are all destined for the vehicles you’ll be buying/driving someday. 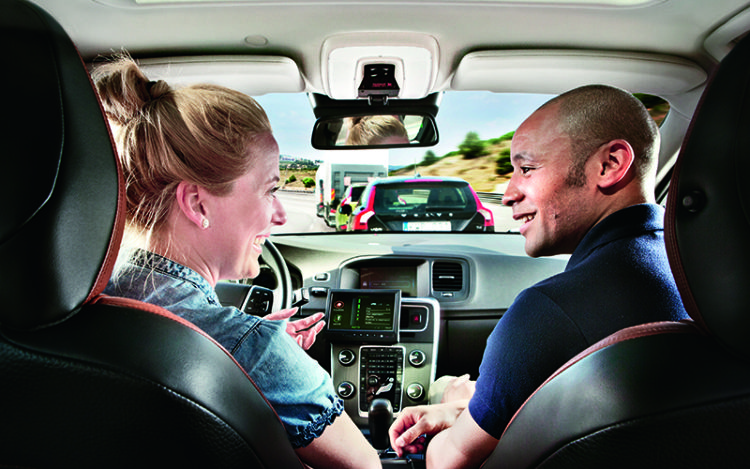 DRIVER NOT INCLUDED
Adaptive “autopilot” cruise control, handsfree vehicle “valet parking” and autonomous emergency braking are already available in the market. But these clever features are nothing compared to our first-hand “test drive” of Continental’s driverless prototype.

Without a driver, the specially equipped VW Passat managed to negotiate a pylon-lines slalom course and stop for (dummy) pedestrians. The engineers believe that leaving the driving to the car is not only safer, it also allows the driver to better utilise his time behind the wheel – working, playing, chatting or maybe even napping. A self-driving vehicle would be most appreciated in bumper-to-bumper traffic jams, the bane of every motorist on the road.

Naturally, an enthusiast would rather tackle a racetrack or a switchback “by himself”, so a full override will be part of any “Knight Rider KITT” certified as street-legal in the future. The first affordable, fully automated vehicles for the motoring public will only become available a decade from now at the earliest, and they’ll likely be limited to expressways and a maximum cruising speed of 130km/h. 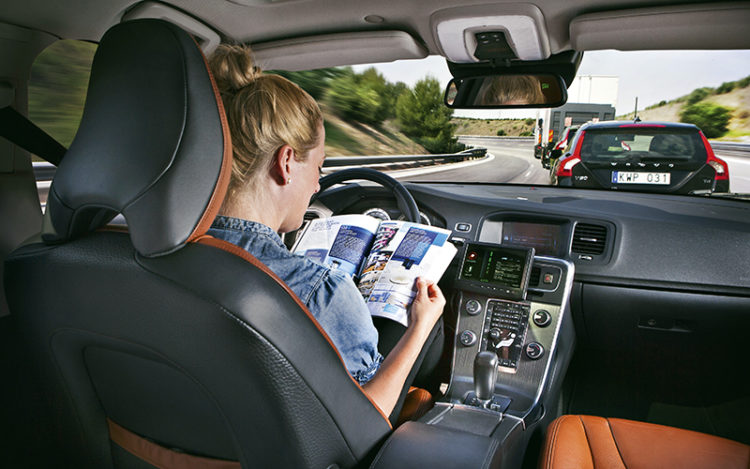 With truly “handsfree” driving, the motorist can sit back and relax.

It’s not just the nuts and bolts of driverless vehicles that carmakers and their original-equipment suppliers have to work on. They also need to worry about the relevant legislation, because existing road safety rules and motor insurance laws are based on the premise of a qualified driver in control of a vehicle.

FUEL THE CONNECTION
Bluetooth, USB ports and voice control let the driver “plug into” his dashboard, digitally. But these are fairly basic “connectors” in the big picture of HMI (human-machine interface), where the trend is to merge the world of cars with that of consumer electronics. Tomorrow’s in-car gadgets will offer attractive functions and intuitive operation – just like a modern smartphone.

In fact, said device could become a newfangled motoring tool – for instance, by acting as a “virtual” car key using NFC (Near Field Communication), or by saving the driver’s preferred settings (for seating, steering, mirrors, music) and applying them to a ride other than his own, such as a rental car or a friend’s coupe. The smartphone could also play the “remote control” in a totally integrated, on-the-go mobile infotainment package. 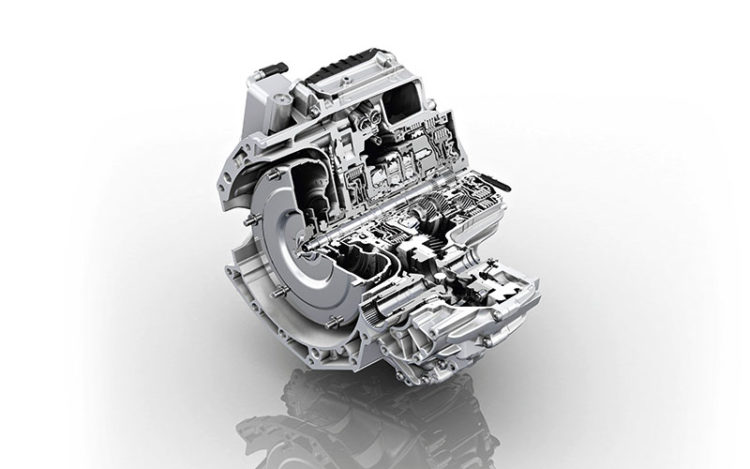 Drivers will be happy with the fuel efficiency of ZF’s 9-speed automatic.

Connecting the car to the outside world is another important development ramping up for the future of personal mobility. It goes beyond telematics and satellite navigation. It’s something called “the Internet of Everything”, whereby every vehicle and the entire road infrastructure are interconnected cogs in a traffic “transmission”.

It’s a little like crowdsourcing and cloud-computing for cars, and the C2C-CC roadmap targets 2016 for the roll-out of initial series applications. According to Ralf Lenninger, head of strategy in Continental’s Interior division, “With vehicle-to-X communication, we are basically expanding the sensing range of the vehicle’s own sensors by a cloud-based seventh sense.”

WHOLE NINE YARDS
ZF, a well-known German specialist in vehicle transmissions, has introduced the world’s first 9-speed automatic gearbox, codenamed 9HP. Transversely mounted, compact and light, it will hit the streets in a variety of continental cars, with one of the first being the model-year 2014 Range Rover Evoque.

We drove a test mule and can attest that the new 9-speeder makes a tangible difference to the step-off and the mid-range acceleration. The smoothness of the shifts is in line with the current crop of 8-speed automatics, and thanks to an intergalactic top gear (the rev counter shows just 1700rpm at 120km/h), the fuel economy is claimed to be up to 16 percent better than the original 6-speed automatic Rangie Evoque.

The 9HP is ideal for front-drive applications, but can be easily adapted for four-wheel-drive SUVs. The gearbox is also ready for engines with auto stop/start. ZF executives have stressed that day-to-day efficiency, not outright performance, is their primary objective with the 9HP. 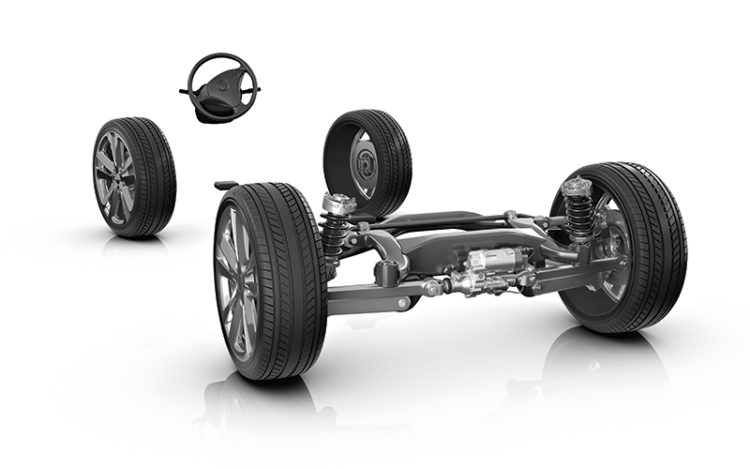 At speeds of up to 60km/h, the rear wheels turn in the opposite direction to the front wheels, for greater nimbleness. Above 60km/h, the rear wheels point the same way as the front wheels, for greater stability, perhaps during a fast lane change. Best of all, the AKC algorithms can be programmed to make the car sportier or safer, allowing automakers to customise the system for a specific model or purpose. 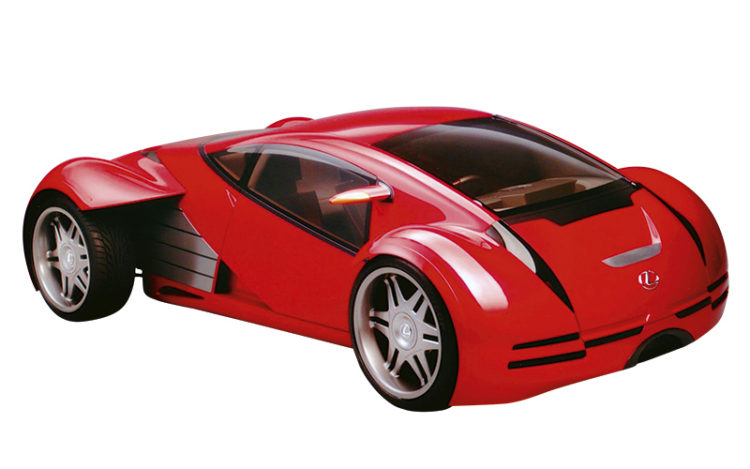 One day, “android” automobiles will leap from the big screen to your neighbourhood carpark.

We’re already familiar with how active steering and torque vectoring help a car’s handling, but AKC transforms it. We tested a BMW 5 Series saloon equipped with AKC, and the benefits to dynamics are clear – smaller turning circle, less steering input required at low speeds, improved turn-in at higher speeds, and unflappable chassis balance throughout. 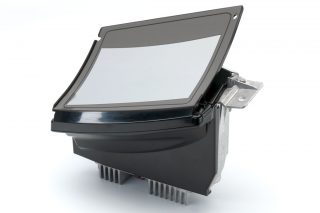 How do heads-up displays project an image on your windscreen? 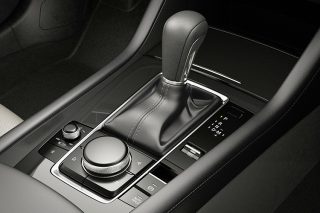 Manual mode: How to use it in an automatic gearbox 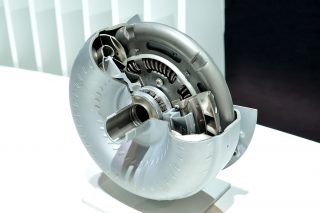 What is a torque converter and what do they do?

How do heads-up displays project an image on your windscreen?

Manual mode: How to use it in an automatic gearbox

What is a torque converter and what do they do?