How to make the Singapore Grand Prix a race for all Singaporeans | Torque
Loading posts... 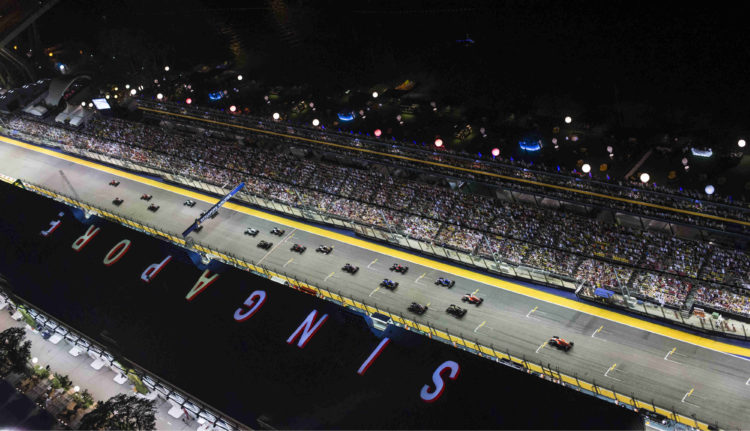 The Formula One Singapore Airlines Singapore Grand Prix has been a marriage of a financial hub with the pinnacle of motorsports.

Both Singapore and F1 renewed their vows, signing a four-year extension yesterday, to make this year’s milestone 10th edition an occasion to clink champagne flutes.

F1 chairman and chief executive Chase Carey is certainly a big fan of the world’s only full night race, calling it Asia’s “signature event”, while former F1 supremo Bernie Ecclestone had trumpeted it as the sport’s “crown jewel”.

While the teams, drivers, officials and fans speak positively, this ribbon of tarmac bathed in floodlights has also been a glittering addition to the Singapore economy.

According to Minister for Trade and Industry (Industry) S. Iswaran, the race has attracted more than 450,000 international visitors since its 2008 inception, generating about $1.4 billion in incremental tourism receipts.

Over the airwaves, the iconic Marina Bay skyline has been beamed worldwide to a global audience of 780 million. And 90 per cent of the race preparations, such as circuit set-up, catering, ticketing and security services, involve local small and medium-sized enterprises – giving local companies and brands more opportunities and exposure.

But while businessmen clinched deals, tourism got a boost and Singapore’s image as a global city was enhanced, it is arguable that the grand prix has yet to touch the heart and mind of the average Singaporean.

Admission prices remain steep for many. The cheapest ticket for the masses on race day, for a Zone 4 walkabout, is currently $198, although the Grand Prix is made accessible to the general public with early bird tickets from as low as $38.

Merchandise is costly, too. If you want to wear an official Lewis Hamilton T-shirt, that can set you back $70 at the merchandise booths around the circuit. A Ferrari cap, which helps you blend in with the fans, costs $50.

There have been attempts to bring roadshows to the heartland, where residents are given opportunities to race in simulators and participate in other F1 activities.

But come grand prix week, there is little buzz from Jurong to Pasir Ris, unlike that generated by Joseph Schooling’s gold medal at the Rio Olympics or the good old Malaysia Cup football days .

While the world eagerly awaits the Singapore Grand Prix weekend, tenants at Suntec City and Marina Square, as well as other retailers around the circuit, lament that crowds stay away due to the road closures.

These retailers pay a premium to locate their stores in the city and, ironically, are hit in the pocket on the weekend when the masses descend upon the Marina Bay Street Circuit, only to detour around the shops.

But make no mistake, the Singapore Grand Prix has truly put this little red dot on the world map. Singapore’s waterfront is now recognisable globally, the event is a great blend of sports action, lifestyle and business, and there are now four more races to look forward to.

The next step now is to truly leave a legacy behind and not let it be remembered as a 14-year pitstop enjoyed only by the affluent.

It is perhaps time to put the Singapore in Singapore Grand Prix.