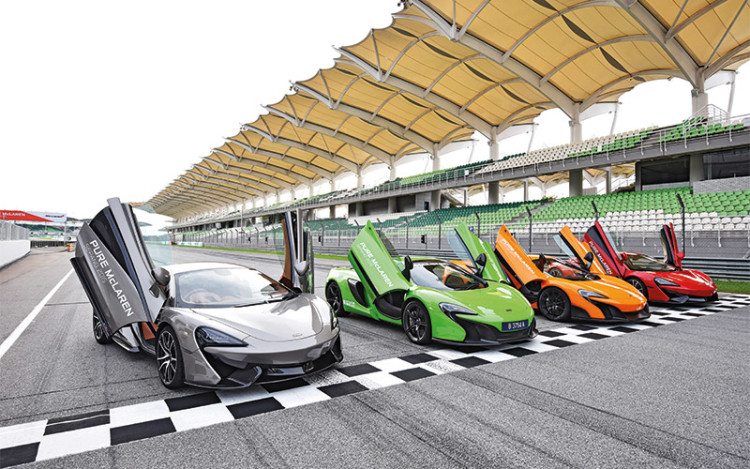 “Brake here,” said the instructor. I daintily tapped the left pedal like a good, civic-minded driver on Orchard Road.

“Brake! Brake! Brake! BRAKE!” His voice rapidly became a rising crescendo as we shot onto the generous runoff area in a lime green 641bhp McLaren 650S.

It is easy to forget to use the car’s full braking potential, which is often barely approached on public roads.

It is my first time on a racetrack, and as an entry-level circuit driver in a far-from-entry-level car, there are a few things I wish I had known.

What struck me initially is how unexpectedly unfamiliar it all looked and felt sitting in a bucket seat behind that low cowl. 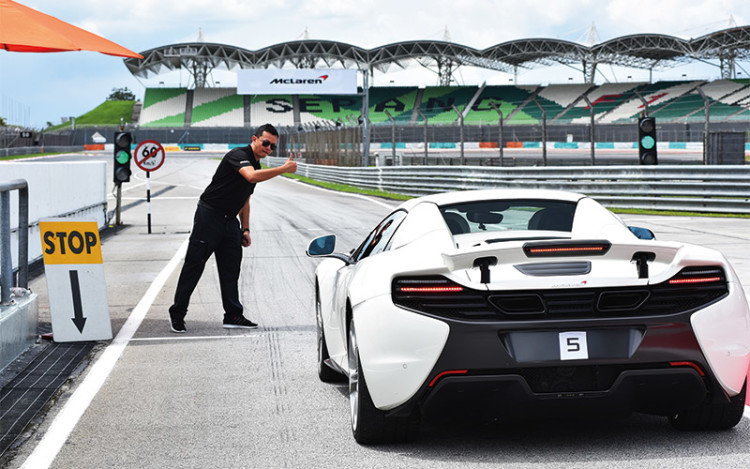 The view looks enticingly good from the on-board cameras on Formula One cars because they are mounted way up top.

When you’re sitting at barely hip height, it’s surprisingly hard to see beyond the next corner or, sometimes on an uphill gradient, which way the track turns.

On the wide expanse of the Sepang International Circuit, the sensation of speed is dulled and the responses to control inputs are understated by the sheer width of the asphalt and the absence of traffic.

I’ve driven a fair number of supercars before, but circuit driving requires a comprehensive recalibration of the senses. Velocity is significant, and the limits of adhesion are easily reached.

It pays to learn the track layout well, before starting off. I watched on-board Youtube videos and studied an outline of Sepang. Racetracks are, after all, resolutely one-way. 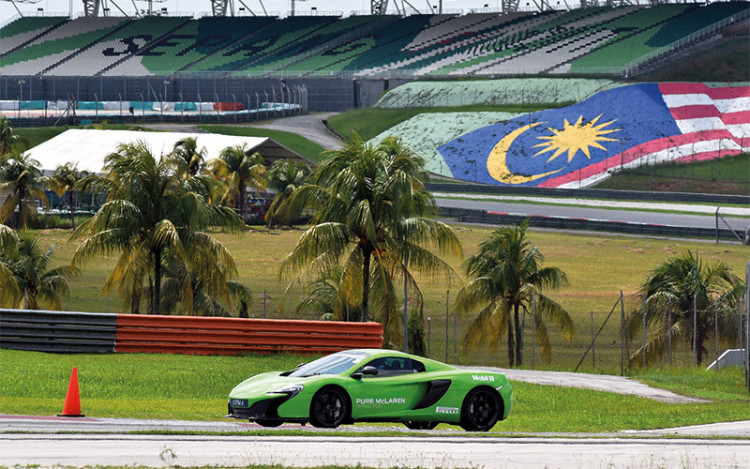 How hard can it be to get lost?

Fairly easily, actually, in the sense that you can forget where the racing line is, how fast you should be going and where you need to brake, all of which are of utmost importance when going round quickly.

And unlike on normal roads, where the action is nearly always limited to an individual corner, car placement at any point on a circuit has prolonged consequences. Forward planning is essential.

Imagine entering a tightening series of bends too quickly and on the wrong side of the track. You can’t solve this problem by standing on the brakes mid-corner because you’ll spin.

Fortunately, McLaren marked out the apexes and braking zones, and provided us with instructors who dispensed a constant and invaluable stream of advice. 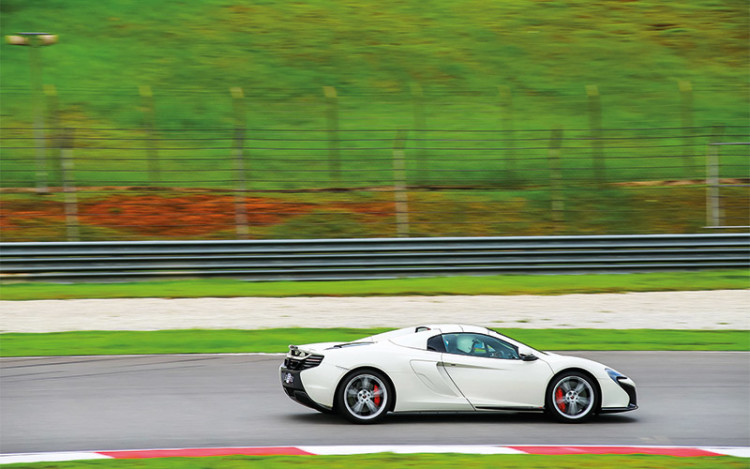 There is a wonderful wealth of experience to be gleaned from being on a racetrack – from the car under you to the art of driving. At the same time, driving on track is a skill that takes time and patience to learn.

The best drivers toe the line between genius and catastrophe. As a novice, it would be wise to follow their example.