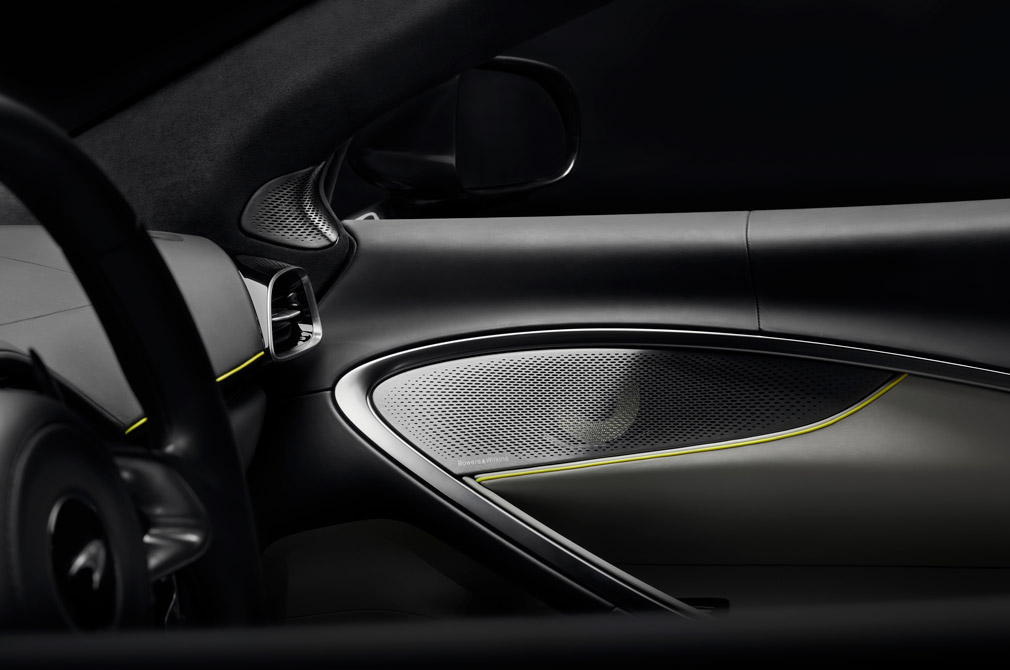 McLaren Automotive has named Bowers & Wilkins as its official audio partner. The supercar manufacturer and audio specialist have been working together since 2015.

Both brands are said to have an “unrelenting” approach to developing and their products.

Bowers & Wilkins has worked closely with McLaren’s design and engineering teams to create and optimise the audio system found in the carmaker’s models.

McLaren’s latest supercars are equipped with the latest speaker technologies from Bowers & Wilkins. The audio brand’s R&D division is conveniently just over 48km away from McLaren’s global headquarters.

Since the brands began collaborating, they have introduced unique integration landmarks that include Diamond dome tweeters, dual-opposed subwoofers and yellow Aramid Fibre cones.

This partnership has also won plaudits, with two iF design awards for the audio system integration in the McLaren Speedtail and GT models.

The partnership has now expanded beyond traditional automotive applications for drive unit installation.

Bowers & Wilkins branding will now appear on McLaren Automotive’s Partner roster. Both companies are said to be exploring new portable and home audio collaborations as well.