He used a Miura S as a base, replaced the chassis with a stiffer one on which were mounted racing suspensions and self-ventilating disc brakes. The engine was boosted from 370 to 440 horsepower at 8500rpm, and to lighten the car as much as possible, the body was remodelled with Avional panels and the glass windows replaced with Plexiglass elements.

The car was called Jota by the Spanish pronunciation of the letter J, because in the 1970s, under FIA regulations the appendix “J” defined the Classification, Definition and Specifications of racing cars.

The only prototype created did not receive the approval of Ferruccio Lamborghini, who had no interest in developing racing cars. After the experimentation period, this car was sold to a private individual who, unfortunately, almost completely destroyed it in a traffic accident.

The Miura Jota exhibited at the Ferruccio Lamborghini Museum in Argelato is the only existing replica of the legendary car. Piet Pulford, a great fan and owner of several Lamborghini cars, has invested 15 years and a lot of money to get the perfect and faithful replica of this car. Bob Wallace himself contributed to the realisation of this legendary car, because only he was able to perfectly replicate the original engine already modified in the ’70s.

From 2 April to 15 June 2018, a special and original Miura Jota will be exhibited exclusively at the Ferruccio Lamborghini Museum in Argelato (Bologna). This car is the perfect reproduction of the legendary Miura adapted in racing version by the famous Lamborghini test driver Bob Wallace. 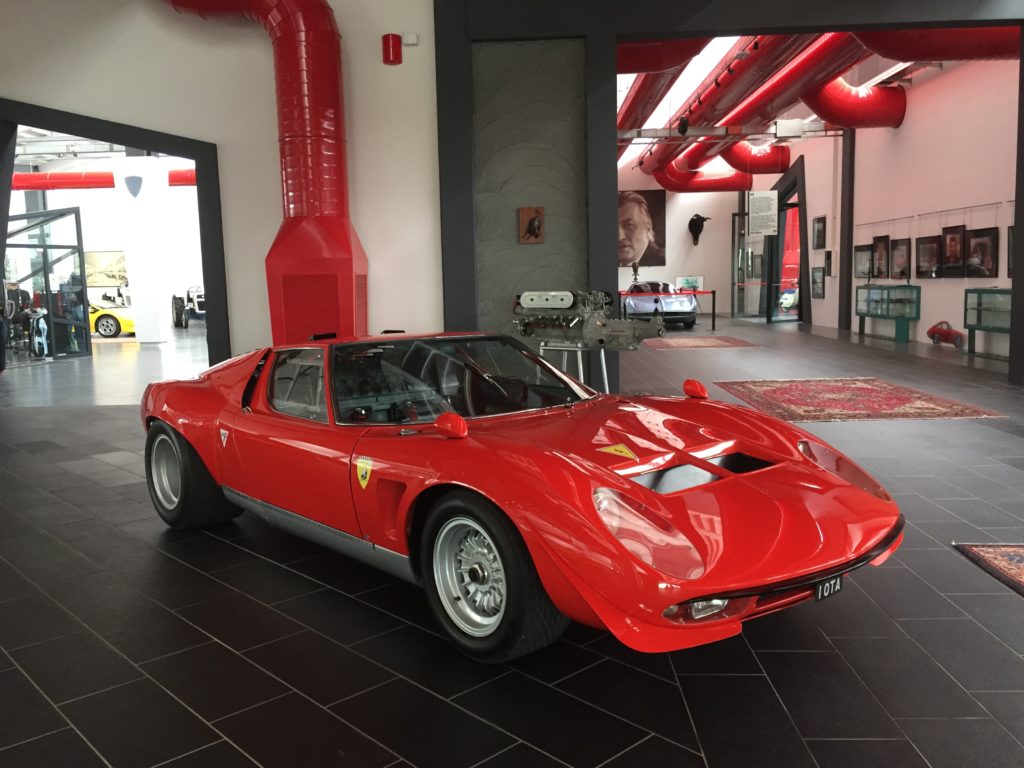 Read about the Lambo Miura’s visit to the bull breeding farm run by the Miura family in Spain.

Read about this Singaporean petrolhead’s bucket-list drive of a Miura, Lamborghini’s oldest supercar.