PC technology in the third-generation Audi A8 | Torque
Loading posts...
0 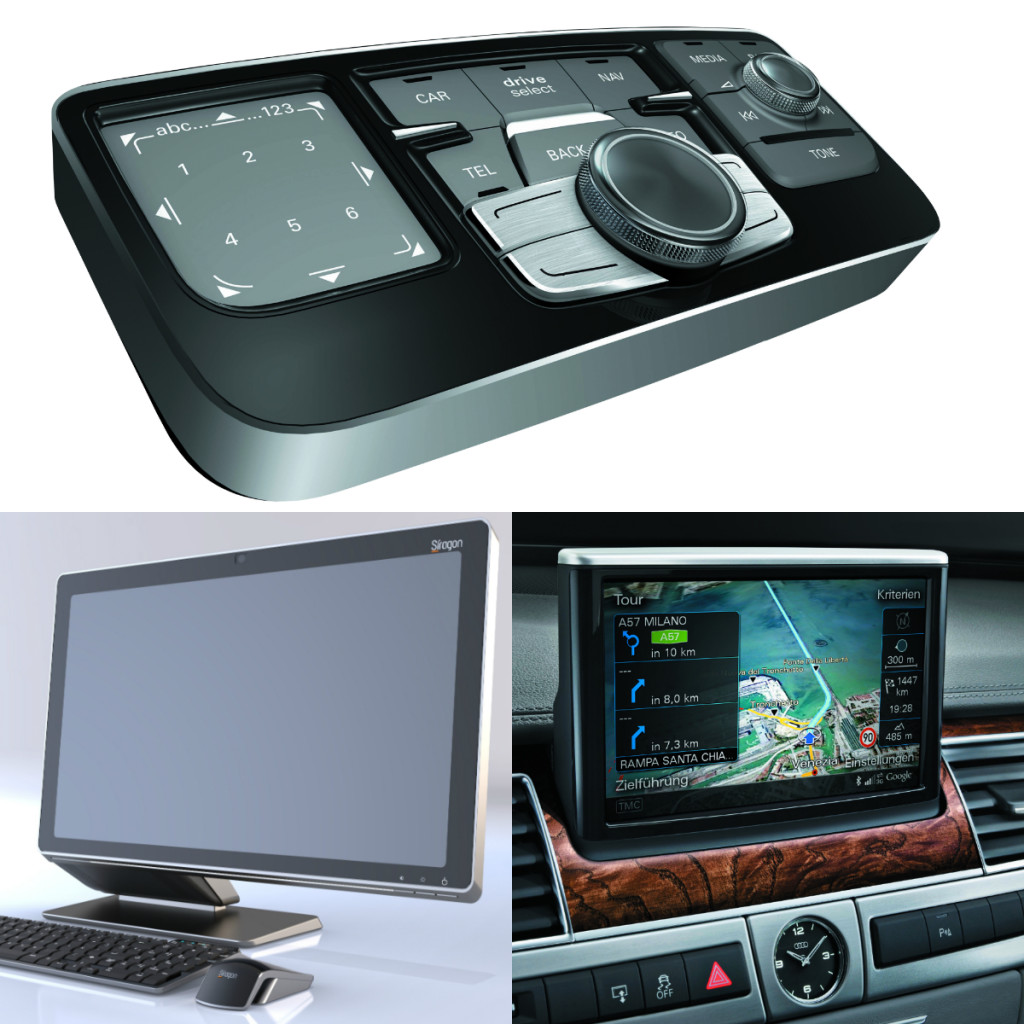 High technology is easy. The hard part is making it low-effort to the end user. This is especially important in a modern luxury car, which has all the toys on top of the joys of driving an automotive flagship. Every gadget on board, be it for luxury or safety, is a potential distraction for the driver, whose multi-tasking becomes more “multiple” as the cockpit’s buttons and functions increase.

Five years in the making, the latest third generation of the A8 has all the buttonry and functionality you expect from a German premium saloon, but Audi’s engineers have “simplified” them at the same time.

Their pride and joy, evident during the car’s technical presentation in Audi Forum Neckarsulm, is the touchpad integrated with the revised MMI (Multi Media Interface), whose controller now has haptic feedback for more intuitive operation.

The new touchpad, called MMI Touch and slated for future Audi models right down to the A3, allows the driver to enter navigation destinations and telephone numbers by using his fingertip to “trace” the letters and digits on the well-placed pad. The system recognises Chinese characters, both the simplified and traditional forms, and also Japanese, with Korean language capability slated for the
next software update.

The touchpad works well, being able to recognise the few choice words I could remember from my old school days of Chinese as a second language.

According to Philip Rigley, in charge of the new car’s vehicle operating concept, “The participants in our customer clinics, especially Americans, were convinced that the touchpad is more intuitive than a touchscreen.”

As Rigley demonstrated it to us in the cutaway A8 cockpit, he added, “My handwriting looks strange here as I’m left-handed, but the system has no problem recognising my inputs, so right-hand-drive cars won’t have an issue.”

Apparently, Audi’s research has concluded that customers want voice control in the cockpit, but few of them actually use it because they don’t want to learn it. Audi, says Rigley, “wants to be the leader in graphic design” and has managed to convert PC technology, which drives the A8’s touchpad and navigation display, for automotive use.

This means 40 degrees C temperatures and the ability to last the lifetime of the car, which in Audi’s book is 15 years, compared to three to five years for a personal computer.