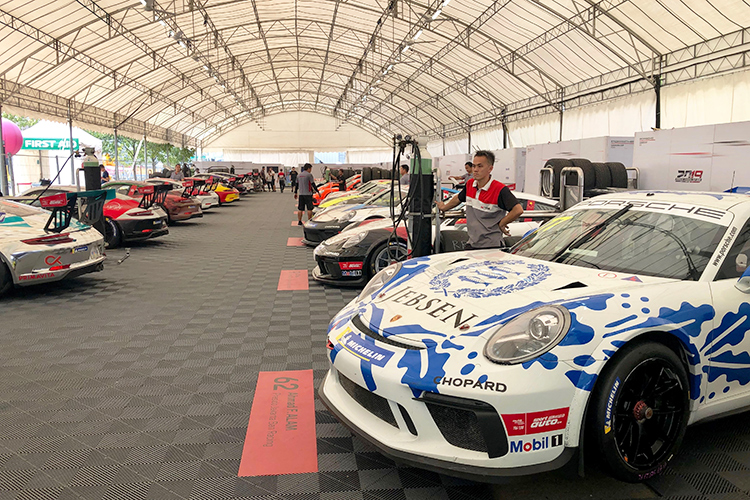 The Porsche Carrera Cup Asia (PCCA) held its penultimate race of the 2019 calendar at the Marina Bay Street Circuit on 20th to 22nd September.

PCCA is one of ten Porsche Carrera Cup racing series in the world. The others include Brazil, UK, Germany, Japan and Australia, just to name a few.

If you have the moolah, Porsche has the formula. Private individuals with a Class C International Racing Licence who think they have the skills to go up against professional racers, can sign up for the Pro-Am Class to race with the pros.

To participate in Porsche Carrera Cup Asia, you need to buy the car and add the Participation Package and Technical Service Package. The Participation Package includes everything but wear and tear parts such as tyres, spare parts and individual travel and insurance.

The season started in April in China at the Shanghai International Circuit. The final race of the eight-race calendar sees competitors returning to Shanghai again from 8-10 November 2019.

There are two races every race weekend, with Race 1 and Race 2 taking place on Saturday and Sunday.

He did almost as well in Race 2 last Sunday when he finished second. Phillip Hamprecht, the previous day’s second place finisher and overall race leader, was first.

Daniel beat almost 400 other drivers during the Porsche Junior Shootout in 2017 in Shanghai. He was offered a drive in the Porsche China Junior Team in 2018.

Torque Singapore was invited to go behind the scenes at Porsche Carrera Cup Asia last weekend and soak in the adrenalin-filled atmosphere. Every driver races the same car, which is based on the Porsche GT3 (Type 991.2). 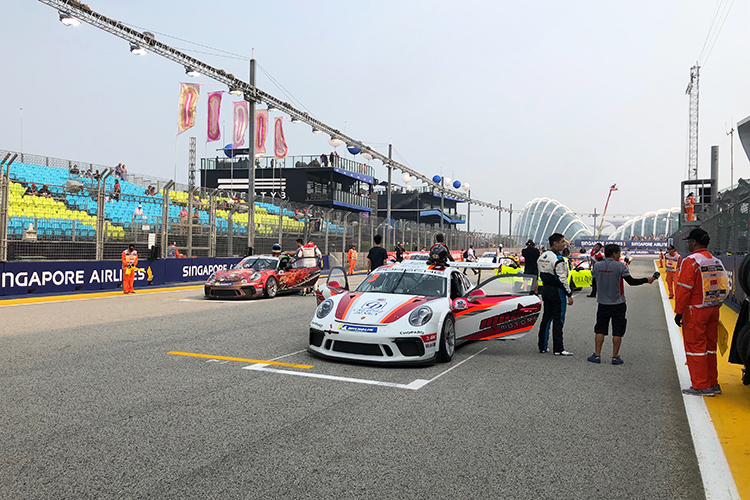 Material differences from the road car are the addition of a roll-cage, a 6-speed sequential gearbox and all safety-nannies in the Porsche Stability Program (PSM) removed.

It’s a level playing field, where each driver can showcase his mastery of the laws of physics in the Porsche 911 GT3 Cup car.

Of course, there is no air-conditioning in these cars. Some drivers train themselves for the sauna-like cabin for the thirty-minute race by sitting in a sauna with full race-suit and helmet on. 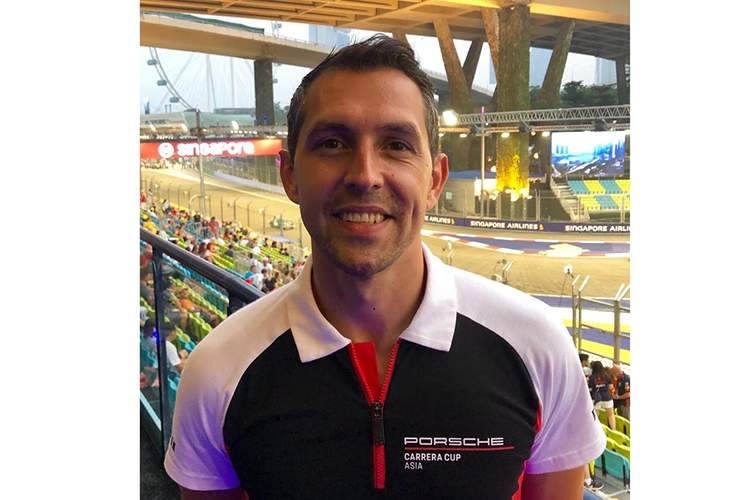 What is the cost of buying the car and competing in the series?
There are so many things you need to factor. You have the car expense of course. You also have fuel, tyres, spare parts like brakes and brake discs. The car costs 187,000 euros.

That’s just the car. What about the costs over the season?
It is hard to predict. It depends on how you drive the car, how often you service the brakes. I can’t really say because it also depends on so many factors like mechanics.

Some of them have more organisations in the background. They have add-on services like engineers, and these are things that are flexible.

There are no real numbers, no right number or wrong number. Tyres and fuel are more or less fixed, but the rest is entirely flexible.

Other than the sequential gearbox, has the engine been enhanced or is it stock?

It is enhanced. We have a different radiator and there are modifications to have the optimal race performance throughout the whole week and year. The engine produces 485hp. This is actually lower than the stock motor, as it is important for us to have a reliable car which works for everyone. 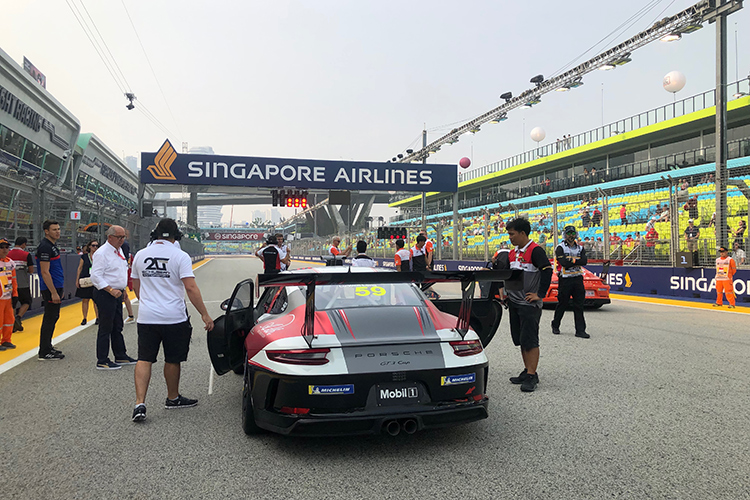 What attracts drivers to Porsche Carrera Cup Asia?
There are many reasons, like the cars have a flat-6 engine with a nice sound. It is also very close to the road car, but we don’t have ABS and electronic aids.

Porsche Carrera Cup Asia has the Pro and Pro-Am categories. A lot of our drivers are successful businessmen who want to achieve something in their private lives.

We have a really nice atmosphere. We go to the best racetracks in Asia and go to incredible venues for evening parties.

Yes, if there was contact on the track, there may be five minutes of silence. But after that, you see the drivers who were involved hanging out together, talking and laughing about it.

The atmosphere and the camaraderie in Porsche Carrera Cup Asia are just some of the outstanding points.

Which aspects of your job are the most challenging?
[Laughs] All of them! The logistics, different cultures and different people you speak to.

Porsche Carrera Cup Asia has 24 different drivers from 12 countries and regions. It is challenging but it is really fun, and I really like my job. 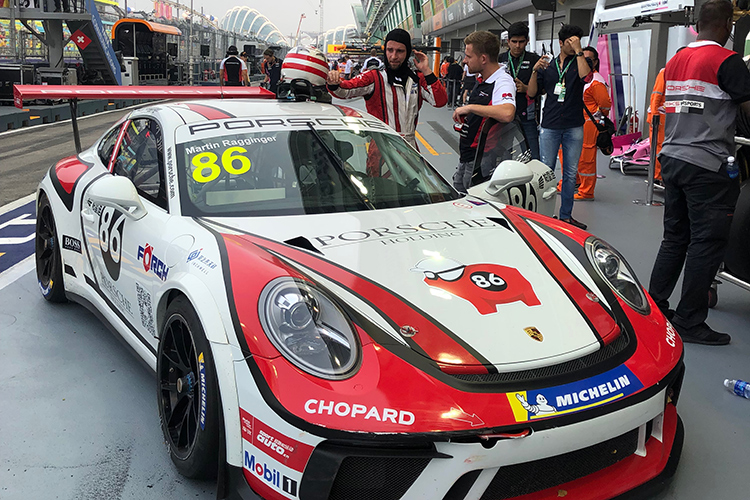 What is your day like on a race weekend?
During race weekends, I have to get up early to be the first person at the racetrack. I have to make sure everything is ready for the drivers and the track with our different partners.

Then there’s welcoming everyone and going through the programme and having meetings.

During the race I’m always at race control beside our race director. I help ensure that everything is running smoothly and making the right decisions.

After that, there are more meetings again. Then we prepare for the next day’s race. There’s definitely a lot of walking.

Which venue requires the most walking?
The Marina Bay Street Circuit! But I don’t mind because of the view. I really think this is a very special place. 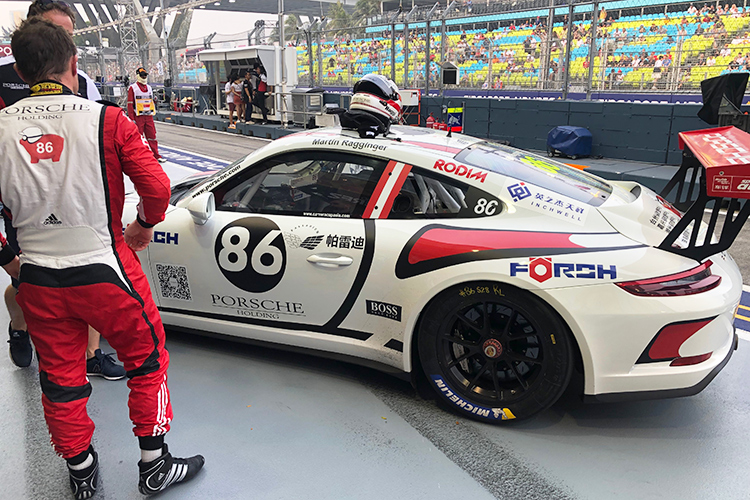 This is to help educate the drivers while also letting race control understand why the driver did a certain manoeuvre.

We are always trying to step up every year. Next year we will have sixteen races. We will have a new race format with two night races, which will be 45 minutes long.

Our drivers cannot wait to come back next year. 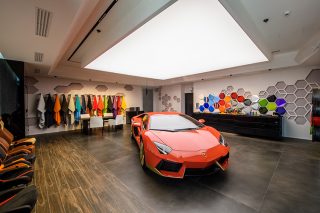