Seat belts: How do they work to help prevent injuries? | Torque
Loading posts... 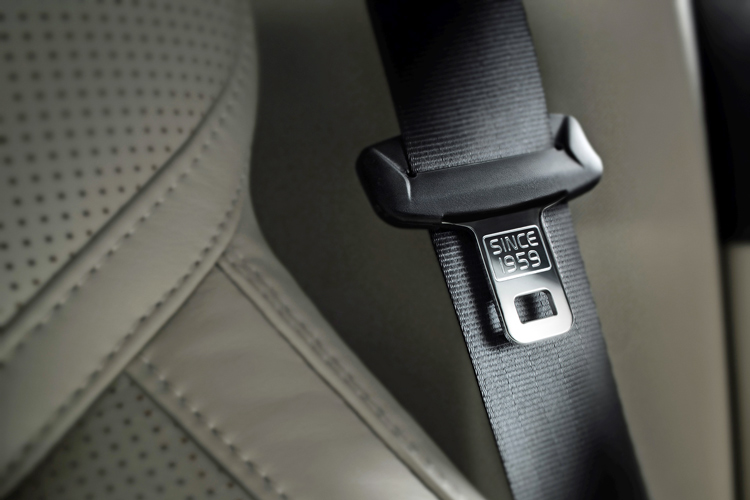 The seat belt is known as a “passive safety system”. In the event of an accident the seat belts restraint the passengers within their seats, limiting their body movements sufficiently.

Seat belts thus reduce the chance of injury caused by impact with the windows, dashboard, steering wheel or even adjacent passengers.

Airbags are also classified as passive safety devices, but they supplement the seat belts. Which is why “SRS” (Suplemental Restraint System) is usually embossed wherever an airbag is fitted inside the car.

Said systems continuously monitor, process and control the dynamic behaviour of the car.

During a collision, a car will come to a standstill in seconds or less. When this occurs, the occupants experience an abnormally high level of deceleration.

In fact, more than 10 times the acceleration due to gravity (10 G) is not uncommon. If the passenger is not restrained in his seat by a seat belt, he/she will inevitably crash into something inside the car.

The force of this crash is very likely to cause injury.

The standard inertia-reel three-point seat belt allows enough freedom of movement. This is because the belt reel is spring-loaded and winds in to take up any slack.

You may have experienced, however, that a sudden movement causes the seat belt to lock-up. This is because the reel incorporates a very simple pendulum lock.

Then pendulum lock works by mechanically engaging a wedge into the toothed wheel on the circumference of the reel.

But what triggers this locking? It is when the pendulum lock is displaced from its mean position by a rapid spin of the reel.

This can happen during braking and even when static, if the car is not on level ground. 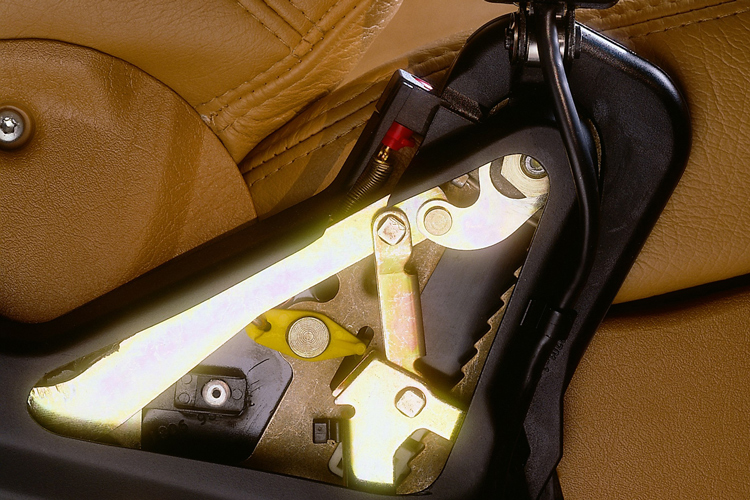 Crucially, the pendulum locks the belt during sudden deceleration, such as in a collision. Inevitably, a small amount of slack exists within the fractional seconds between impart and reel lock-up.

Optimum protection against injury requires the body to be restrained tightly to the seat.

That’s why racing cars feature four-point harnesses (sometimes more) with no inertia reels. These strap the driver firmly to the seat, as impact speeds here are expectedly higher.

But what about regular cars which don’t have these harnesses?

Some degree of active intervention for the three-point seat belt is necessary in regular cars.

Seat belt pre-tensioner systems were invented to boost the functional effect of the passive safety system.

As its name suggests, this addendum to the seat belt is designed to wind in the reel and take up any slack. In the span of milliseconds, this process ultimately straps the occupant to the seat as tightly as possible.

The entire pre-tensioner system is quite a bit more complex than it sounds. In fact, an ECU is necessary to orchestrate the control sequence.

That means it needs information about the car’s dynamics to be continuously fed.

A series of deceleration sensors measure the rate at which the car’s speed changes. High deceleration levels exceeding the pre-programmed threshold point are processed by the ECU as an accident occurring.

While the ECU can deliver the signal to activate seat belt pre-tensioning, neither a mechanical trigger nor an electric motor can act fast enough.

“Fast” in this scenario means in a shorter time than it takes for the airbag to inflate. On average, an airbag is fully deployed in 40ms or 0.04 of a second. So, the seat belt pre-tensioner must be sufficiently quicker than this.

Currently, the only way to re-coil the belt reel fast enough is with pyrotechnics. Once the ECU confirms the occurrence of an impact, it triggers a tiny explosive device in the seat belt reel assembly.

The resulting rapidly expanding gas instantly thrusts a plunger that has a steel cable attached that is wound around the belt reel at the other end. Incredibly, this enables the seat belt to pre-tension within 20 ms.

Held firmly against the seat, the occupants’ forward motion in an accident is restrained. This can prevent or at the very least reduce bodily injury.

That said, even without the latest pre-tensioner feature, the basic inertia-reel seat belt remains one of the most effective passive safety devices ever.

All it needs is the passenger to buckle up.