Singapore needs to catch-up when it comes to child safety in cars | Torque
Loading posts... 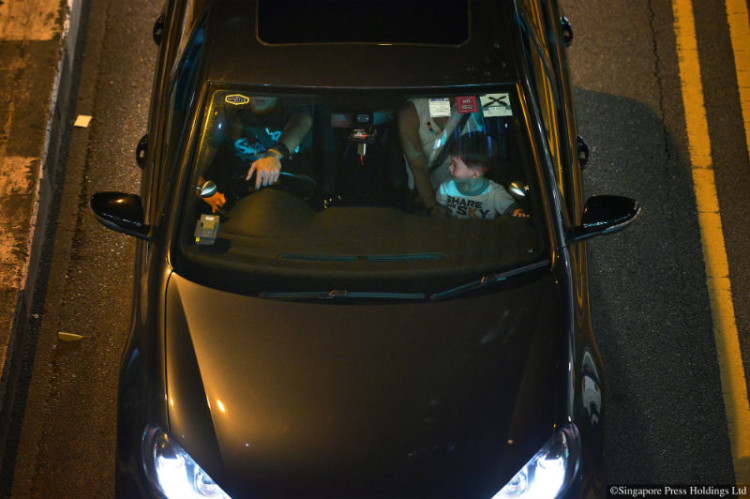 The law requires passengers under 1.35m to be secured with an appropriate child restraint or use a booster seat or adjustable seat belt.

Singapore can be proud of standing out from its peers in many ways, but there is one area with room for improvement – child passenger safety.

There have been several recent examples of children suffering injury or being killed in car accidents that may have been prevented with the use of proper child restraints.

In June, a car carrying a family of five crashed on the Seletar Expressway, killing a 38-year-old woman and severely injuring her three children aged nine, six and three. The three-year-old was flung from the vehicle together with his mother, who had been reportedly holding him while sitting behind the front passenger seat, rather than securing him in a child safety seat. The nine-year-old was in the front passenger seat, which is not recommended for children aged 12 and below.

In June last year, a three-year-old boy was reportedly taken to KK Women’s and Children’s Hospital (KKH) with head injuries after a car accident ,while his six-year-old brother suffered spinal injuries. The three-year-old was sitting in the front passenger seat without a child or booster seat. The boys’ mother was killed.

And in September 2015, a man was driving home from KKH with his sick 18-month-old daughter when he crashed. His pregnant wife had been in the passenger seat cradling their daughter in her arms, and the child suffered multiple injuries to her skull and brain. Her life support was turned off three days after the accident.

While the decision to safely restrain children in age- and weight-appropriate car seats and boosters rests on each and every parent or caregiver, as a certified child passenger safety technician, I also believe Singapore as a whole can do more to normalise – and enforce – safe road travel for children.

LAGGING BEHIND IN SAFETY
Fifty years ago, Singapore’s economic peers were experiencing their own shift towards mandatory child restraint usage – in the 1960s, British company Britax introduced its first child restraint system, while the United States adopted certification standards for car seats in 1971.

At that time, Singapore was a young nation quite rightly focused on other matters, such as providing stability, shelter, sanitation and defence for its people. Now, however, it is able to and needs to play catch-up in child safety in vehicles.

Currently, Singapore’s Road Traffic Act states that children under 1.35m tall are legally required to be in an approved and appropriate child restraint when travelling in a vehicle. However, this law does not currently extend to taxis.

Many developed nations – such as the United Kingdom, Australia, Japan and New Zealand – grant car seat exemptions for taxis but, unlike Singapore, residents in those countries rely on taxis only occasionally. Singapore has fewer cars per capita than even New York City and London, meaning taking taxis with children is a necessity and a frequent occurrence for many families.

For private cars, the law in Singapore is clear: Children must be secured in an appropriate restraint. This includes car seats, harness systems and booster seats, which must be approved by the relevant certifying bodies of either the US, Britain, Europe, Australia or Japan, and they must be appropriate for the child’s height and weight.

According to a report by KK Hospital, more than 50 percent of children in motor vehicle accidents taken to its emergency room between 2012 and 2015 were not restrained at all. And according to the 2016 issue of the International Journal Of Environment Research And Public Health, only 6.1 percent of children (12 and below) in Singapore are placed in proper child restraint seats.

That means 94 percent of children here are not safe in cars. In fact, three times as many babies died in car accidents in Singapore in 2014 when compared to the US.

In the US, Australia and the UK, car seat compliance – parents securing their child in a child restraint, regardless of the law – is over 95 per cent, no matter the vehicle – and government enforcement of the law is strong and consistent. In my professional experience – and as a parent – car seat safety is such an ingrained part of being a modern parent in these countries that not using a restraint doesn’t even cross people’s minds as an option.

Having lived in Singapore for four years, I have found that many families here do not bother about making a small adjustment to purchase an appropriate child restraint.

PARENTS CITE INCONVENIENCE
Instead, parents still tell me it’s “inconvenient” for them to carry around a car seat. While that may be the case, why put your own comfort before your child’s protection and safety when the risks are so high?

This comes even as I have witnessed how much parents genuinely care for and worry about their children’s future. Parents will scope out the best medical professionals, strive to get their children into the best schools, and research the latest parenting techniques to ensure they are raising their kids “right”.

When it comes to safety in cars, children here need to be protected to a modern level of acceptability.

While the current law around child restraints doesn’t extend to taxis, it does extend to private vehicles, private-hire cars and small buses – not exceeding 3500kg or seating capacity for 15 passengers – such as many of those used for school transport. It is a little-known fact that these buses are actually held to the same legal obligations as private vehicles when it comes to using the right restraints.

But beyond meeting legal obligations, there is a need to make the conscious effort to meet a global standard of moral obligation for child passenger safety.

It is our personal responsibility as parents to ensure that every time a child sits in a moving vehicle, he or she is strapped in safely and appropriately.

Cherishing and protecting our children also means we can no longer hide behind legal exemptions in taxis as an excuse for not using a car seat. We owe it to future generations of Singaporeans to make child safety the No.1 priority of the modern parent, grandparent and caregiver.

The writer, an Australian, is the founder of Taxi Baby, a company that offers car-travel safety products and services for children. She is the sole certified child passenger safety specialist operating in Singapore.