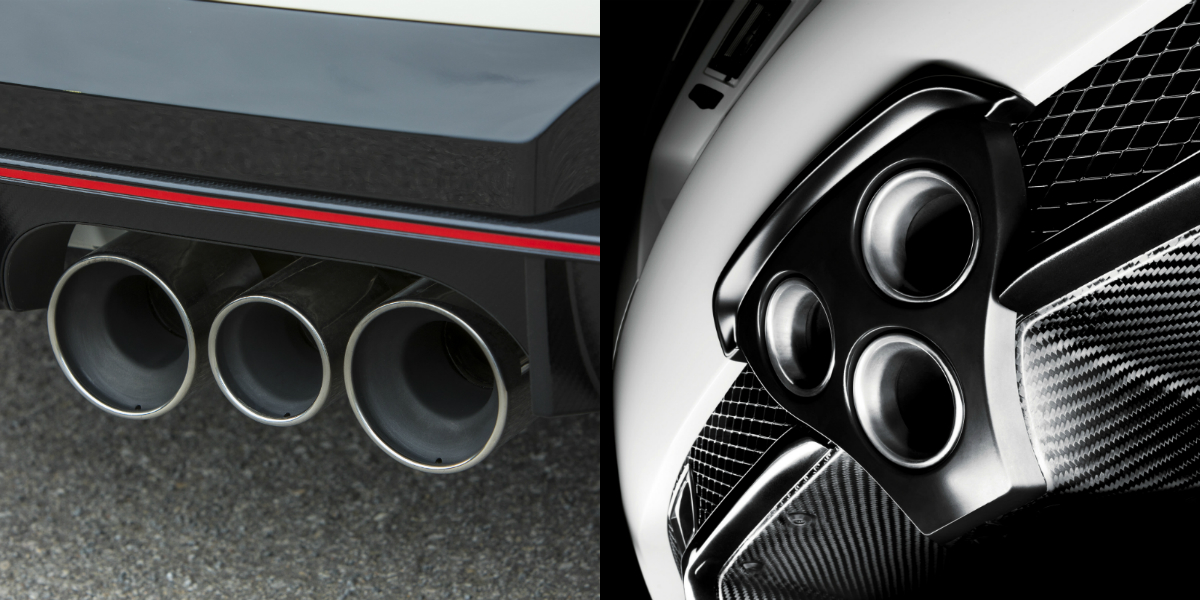 The triple-tailpipe exhaust systems of Honda’s FK8 Civic Type R hot hatch and Lexus’ LFA supercar are not only striking, but also beneficial to the performance of the two racy Japanese cars.

The most striking aspect of the new FK8 Civic Type R’s styling is the triple-exhaust system.

I presumed, wrongly, that three tailpipes are simply louder than two in terms of acoustic output and aesthetic effect. The correct explanation is a scientific one – that smaller centre tailpipe “tunes” the exhaust sound to make it more “vroomy” at high engine speeds and less boomy at low-to-mid engine speeds.

The engineers didn’t use any flaps or valves to achieve this, relying instead on the layout, location and diameter of each exhaust pipe to create the necessary negative pressure at high exhaust-flow rates to suck air into the centre pipe, thereby shifting the exhaust system’s frequency to another band that wouldn’t resonate through the cabin.

Quite simply, Honda tried to enhance the good sound and eliminate the bad noise.

Lexus also has a striking triple-exhaust system in its LFA.

The 4.8-litre V10 supercar’s main silencer, made of titanium, has a valve-actuated, dual-stage structure that channels exhaust flow according to engine speed.

At 3000rpm and below, the valve remains closed to route the exhaust through multiple chambers for an unobtrusive exhaust note.Above 3000rpm, the valve opens, letting the exhaust gas bypass the chambers, flow into a single resonance chamber and exit directly through the LFA’s trio of stacked exhaust outlets. The triple-tailpipe exhaust systems of Honda’s FK8 Civic Type R hot hatch and Lexus’ LFA supercar are not only striking, but also beneficial to the performance of the two racy Japanese cars. 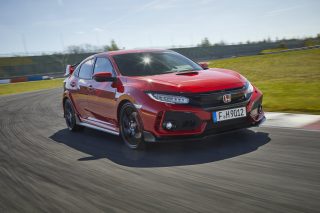 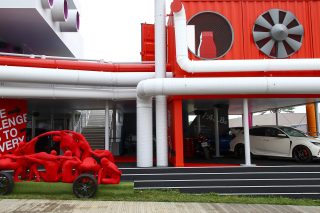 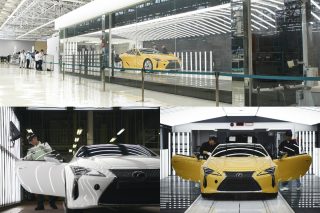 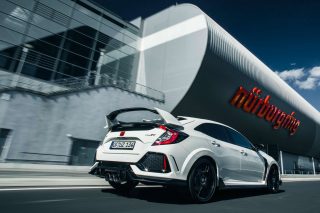 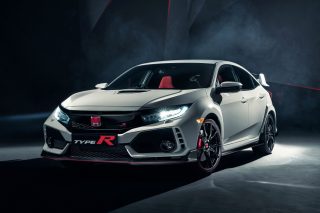