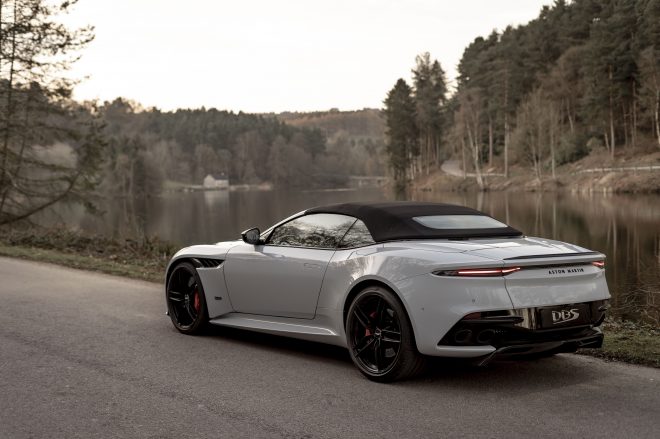 Dropping your top makes for a sight to behold (good or bad), and Aston Martin has done just that to the DBS Superleggera.

That has given us the DBS Superleggera Volante, a beautiful, sensual example of a grand tourer.

Combining three iconic nameplates in one, the DBS Superleggera Volante follows in the footsteps of the DB11 Volante, the first drop-top in the company’s ‘second century’ plan.

“(The) DBS Superleggera produces a spectacular and relentless level of performance and so for the Volante, we focussed on bringing that extra level of sensory overload that only an open-top Super GT can deliver inside the cabin,” said executive vice-president and chief creative officer Marek Reichman.

“With the unique dynamics, beautiful yet brutish design and the unmistakable harmonics of Aston Martin’s 5.2-litre V12 engine, we believe we have delivered a unique and unforgettable driving experience that is synonymous with the traditions of the Volante name,” Mr Reichman added. 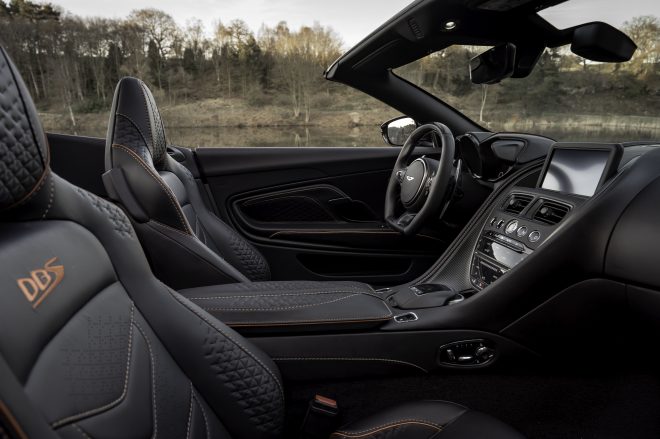 The 900Nm of torque is fed via a carbon-fibre prop shaft to a rear-mounted ZF 8-speed automatic transmission.

Meanwhile, the DBS Superleggera Volante’s roof is made out of an “advanced fabric system” which allows for an innovative and beautiful formed flowing roof line.

It has eight layers of insulation materials and acoustically enhancing materials, and when up, the canopy greatly improves the comfort of the cabin, but yet still allows some aural pleasure in. 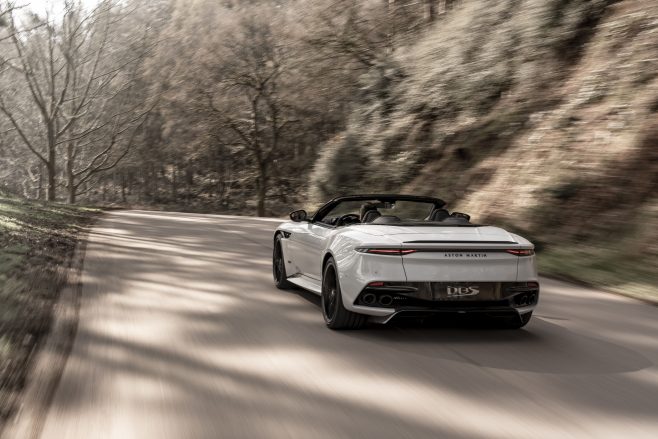 The roof takes 14 seconds to open and 16 seconds to close and can be operated from inside or, for added convenience, from the remote key within a two-metre radius of the car.

Equipped with quad exhausts, the DBS Superleggera Volante has been tuned to provide sound quality synonymous with an Aston Martin Super GT.

To keep the roof functioning in extreme weather conditions, Aston Martin said the roof mechanism has been put through Death Valley and the Arctic Circle, so you won’t have to worry when your local area decides to rain a little bit.

The roof endured more than 100,000 cycles, Aston said, simulating 10 years of use in a one-month test.

The Aston Martin Rapide E is ready for production