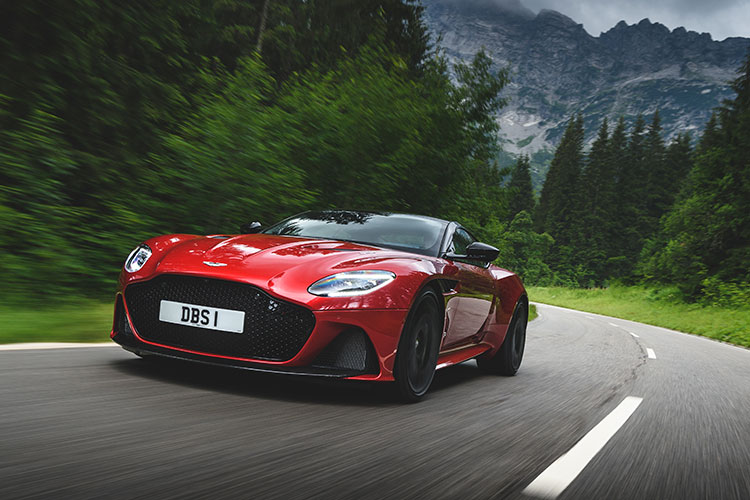 The very first Aston Martin DBS was supposed to be designed and built by an Italian coach builder named Touring.

It had a patented lightweight metal construction technique under the tradename Superleggera, which means “super lightweight” in Italian.

However, before it could begin production, Touring folded. The DBS was finally completed in the UK and launched in 1967.

It was only in 2007 that we saw the DBS moniker again, this time as the ultimate variant of the DB9 model line.

Coincidentally, both the 1967 DBS and 2007 DBS were featured in the James Bond movies of the time.

The latest Aston Martin DBS carries the Superleggera name to symbolise its link with its ancestor, as well as to denote its lightweight status.

Although the DBS Superleggera is derived from the DB11 line, it actually looks like a standalone model.

The DBS Superleggera has taken more than a few styling cues from the limited-edition Aston Martin Vulcan, of which only 24 were ever produced. 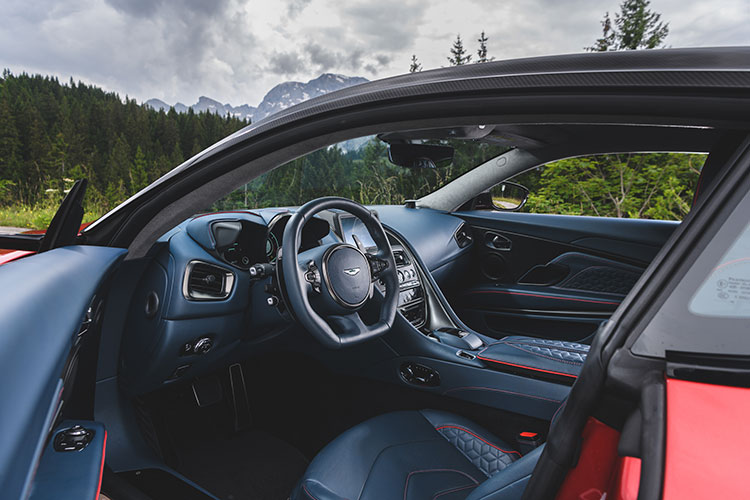 The extreme aggression of the DBS Superleggera comes from its front end, whose styling is dominated by a massive black grille.

The side strakes that extract high pressure air from under the front wheel wells seem to be a copy of the Vulcan’s. Ditto for the shape of the side skirts.

Obviously the huge rear wing of the Vulcan would have been too over the top.

Instead of that, the car has a pronounced rear spoiler which the brand refers to as an Aeroblade.

The rear diffuser does resemble that of the Vulcan, but it’s nowhere as large.

In terms of aerodynamics, the DB11 Superleggera generates 180kg of downforce at 300km/h, which is 70kg more than what the “regular” DB11 produces.

With this significant jump in power, the DBS Superleggera clears the benchmark century dash in an impressive 3.4 seconds, making it the quickest street-legal Aston Martin to date. 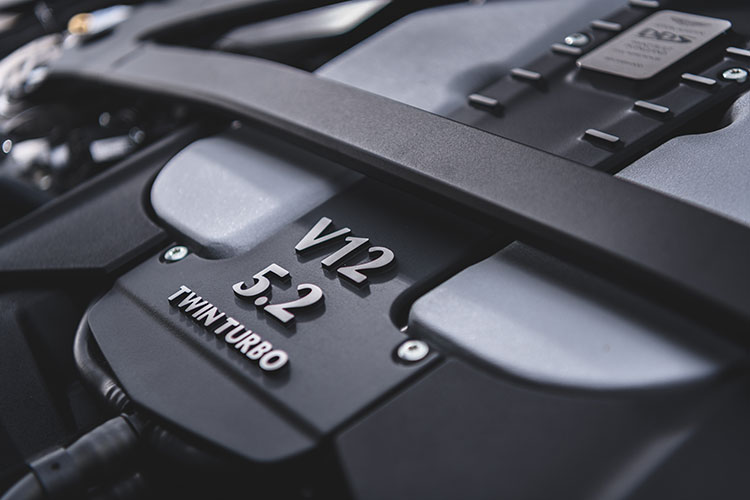 The engine’s power is is transmitted via the new rear-mounted 8-speed automatic gearbox from ZF.

It is equipped with a limited slip differential, torque vectoring and a lower final drive for greater acceleration in all forward ratios.

Said transmission is both future-proof and robust, as it can supposedly handle over 900Nm of torque.

The DBS Superleggera lives up to its moniker thanks to the numerous exterior body parts that are made from carbon fibre, which make it 72kg lighter than the standard DB11 V12.

However, Aston Martin didn’t stop there. The propeller shaft, which connects the engine to the gearbox, is also made from carbon fibre.

These robust stoppers are a must in light of the car’s turn of speed.

Indeed, the turbocharged V12 is so capable that accelerating from 80km/h to 120km/h in fourth gear only takes an incredible 4.2 seconds, which could well be the quickest in the DBS Superleggera’s segment. 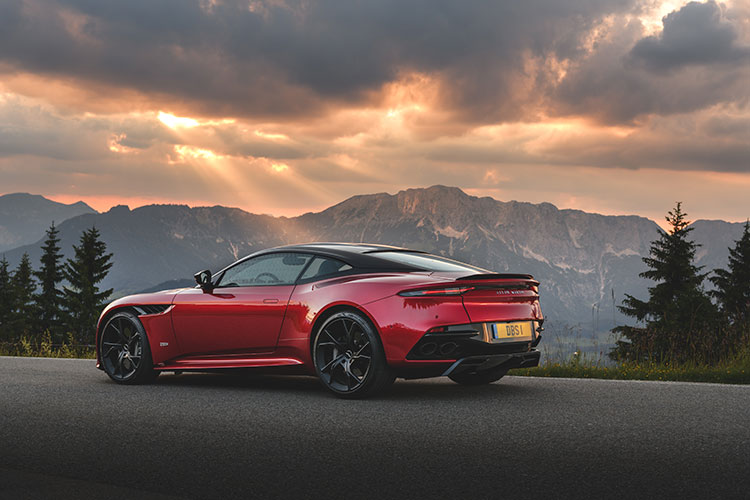 Needless to say, the acceleration in lower gears is stupendously fast, thanks to the mountain of torque accessible from low revs.

But it must be said that the power delivery is always refined and never daunting to use.

To heighten the DBS’ handling without spoiling its ride quality was probably more of an exercise in alchemy than engineering.

He lowered the ride height by 5mm and made the suspension components 15 percent stiffer, but the DBS still feels supple on challenging roads.

The DBS Superleggera offers three drivetrain modes to choose from – GT, Sport and Sport Plus. We found that the best setting for everyday driving (or any brisk driving) is GT mode.

Sport Plus is for enthusiasts. It puts the engine, transmission and suspension into “full attack” mode, which is great for smooth mountain roads or track days, but just too much for daily use.

Fortunately, the damper settings can also be individually set, so they can be left in the more pliant GT mode while the drivetrain remains in Sport or Sport Plus. 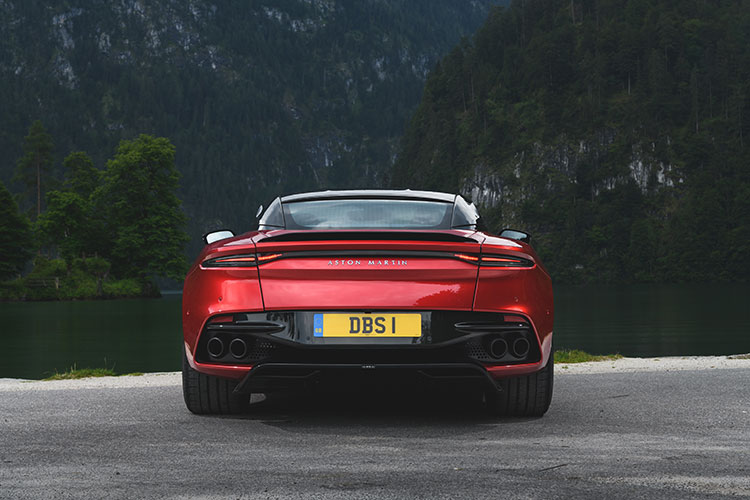 That said, even when driven at full tilt, the DBS Superleggera is not intimidating.

With a stable helm and fluid handling, the drive is a confident and reassured one.

Speaking of helms, although the steering is electrically assisted, there is still decent feedback to help the driver read the road.

The steering does become heavier with the drivetrain in Sport or Sport Plus, but there is still a nice positive feel to it.

This is crucial as the DBS Superleggera needs to stand toe-to-toe with the Ferrari 812 SuperFast.

Aston Martin makes fast cars, but unlike their Italian rivals, the British manufacturer isn’t chasing the title of having the fastest beasts in their stable.

Instead, the brand feels that there are other attributes, which when savoured for a moment, actually become more important than just outright speed.

That’s the ethos that the DBS Superleggera reflects. 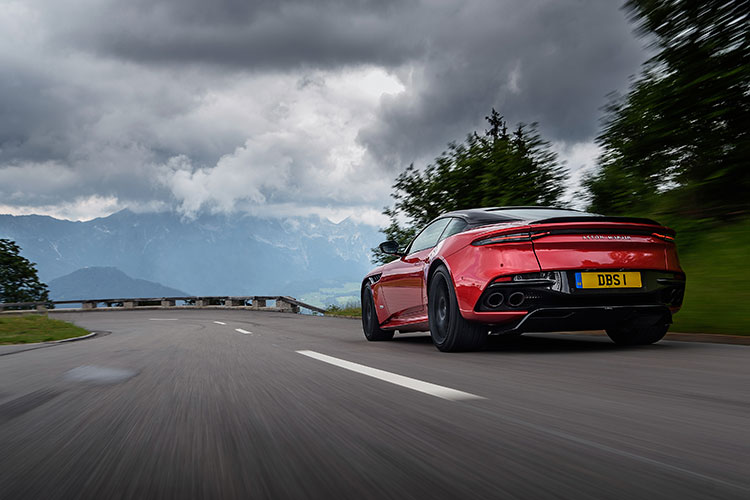 Even when driven at full-tilt, the DBS Superleggera is always confident, reassuring and never intimidating.