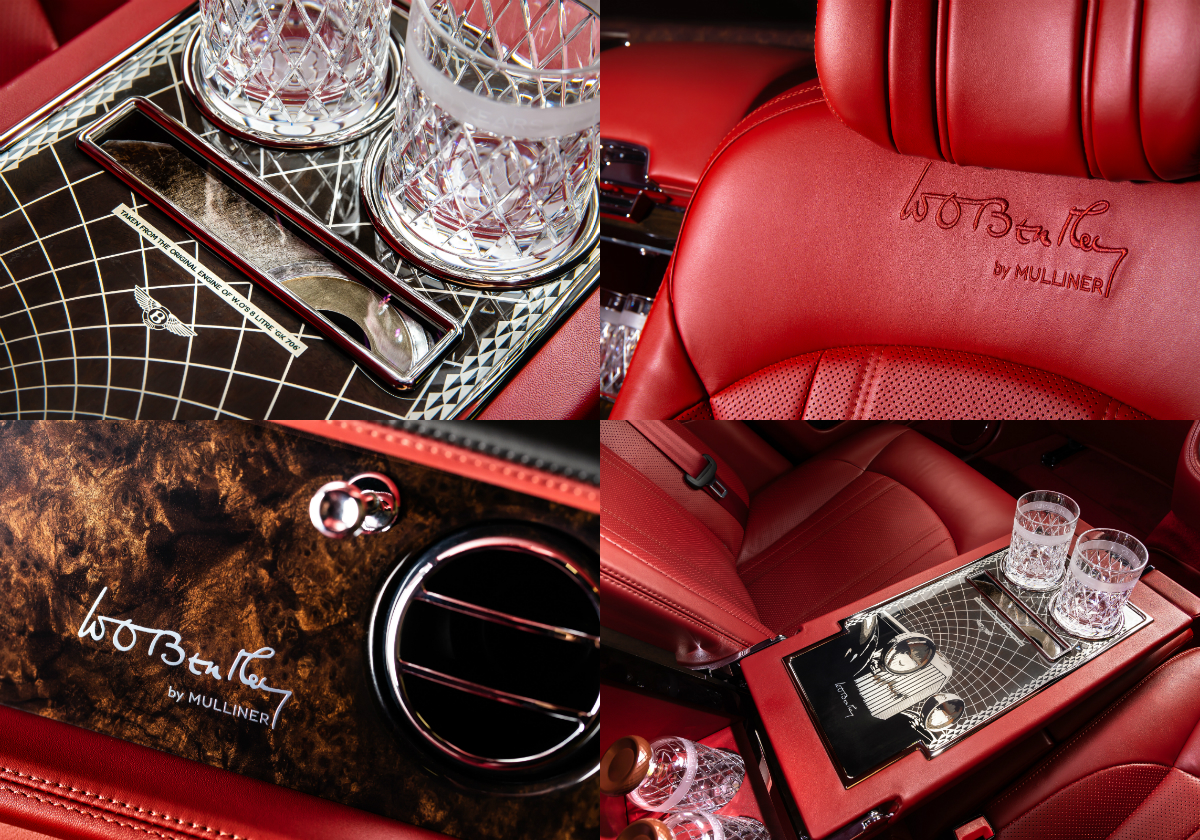 The 100 Mulliner Mulsannes celebrate Bentley’s upcoming centenary in 2019 by paying homage to founder W.O. Bentley’s famous final 1930 design, with each limited-edition limousine holding a slice of crankshaft from W.O.’s personal car, the 8 Litre grand tourer that was the largest and most luxurious Bentley of its time.

Bentley Motors is demonstrating the beauty of bespoke with a new, very special limited-edition Mulsanne. The Mulsanne W.O. Edition by Mulliner pays homage to the founding father of the company and incorporates a genuine piece of Bentley history in every car.

Inside each of the 100 limited-edition Mulsannes, a slice of the original crankshaft taken from W.O. Bentley’s personal 8 Litre car decades ago – the last model he designed for Bentley Motors back in 1930 – is displayed.

As Bentley approaches its centenary in 2019, Mulliner designers reflected on the last 99 years of an extraordinary British automotive story to imagine the new Mulsanne W.O. Edition. In doing so, they have created a truly unique collector’s item.

BMW marks its centenary with a special 7 Series limousine

The Mulsanne W.O. Edition can be specified on any of the three-model Mulsanne range, based on customer preference. Key features include a colour-split interior cut from Heritage Hide reflecting the patina of vintage cars, elegant Beluga black wheels, and a stunning cocktail cabinet or bottle cooler featuring a slice of W.O.’s own 8 Litre crankshaft set into the armrest.

The new Mulsanne W.O. Edition by Mulliner draws on design cues taken from the 8 Litre – built in an era that has been defined as the “golden age” of motoring in Britain. Just 100 examples will be handcrafted by Mulliner.

The interior displays a range of exquisite features inspired by luxury living in the 1930s – key to which is the Mulliner illuminated cocktail cabinet. A marquetry scene on the handcrafted unit – depicting the geometric front matrix grille and headlight of the 8 Litre – reveals a display window, inside which a piece of the crankshaft from W.O. Bentley’s own 8 Litre car is showcased. Just below the machined metal display case is an inscription detailing the significance of the Bentley artefact.

To create the marquetry scene, a number of different veneers and materials were used. Four different wood types give contrast and depth to the piece, while aluminium is used to achieve the highlights, signature and geometric pattern. The diamond-like borders that run parallel to each side add to the contemporary look while retaining an art deco feel. The piece is finished with W.O.’s signature.

The Mulsanne W.O. Edition further enhances its formidable road presence with Onyx paintwork (although customers can specify other colours from Bentley’s extensive pallet), chrome bonnet strip and graceful Flying B mascot atop the optional chrome radiator shell and grille. A discreet W.O. Bentley signature badge is displayed on the lower bumper, while special centenary badging adorns the self-levelling wheel centres and door treadplates.

The Mulsanne W.O. Edition can be specified on any of the three-model Mulsanne range, based on customer preference. Each model is already a true statement of Bentley’s innovation and craftsmanship. Bentley’s flagship model is the world’s finest handmade car, representing the ultimate combination of luxury and performance.

The 100 Mulliner Mulsannes celebrate Bentley’s upcoming centenary in 2019 by paying homage to founder W.O. Bentley’s famous final 1930 design, with each limited-edition limousine holding a slice of crankshaft from W.O.’s personal car, the 8 Litre grand tourer that was the largest and most luxurious Bentley of its time.