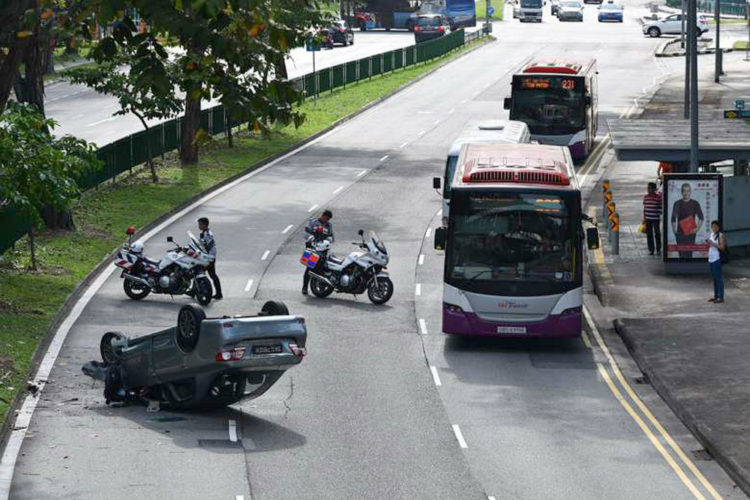 A car turned turtle in an accident along Lorong 1 Toa Payoh, near Block 105, on Wednesday (Feb 1) morning.

Several Traffic Police officers were seen at the scene at around 10am.

A police spokesman said they were alerted to the accident at around 9.18am. There were no reported injuries. 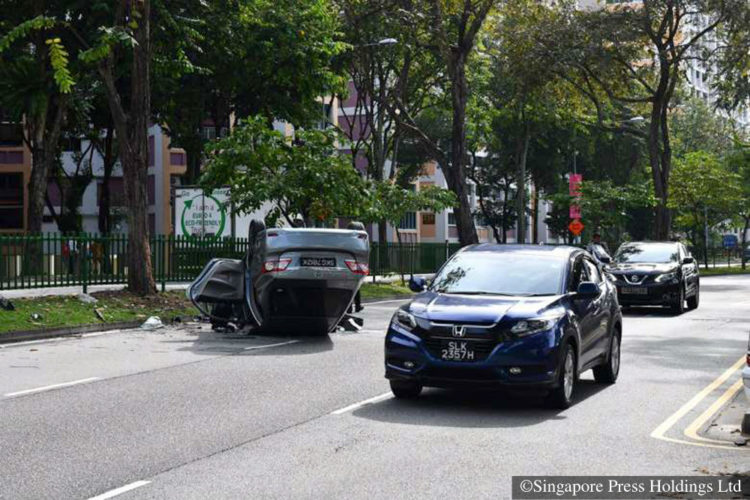 The Singapore Civil Defence Force said it dispatched an ambulance, a Red Rhino, two fire bikes and a support vehicle to the scene, but its assistance was not required.