The Cupra Ateca high-performance compact SUV has been enhanced for 2021.

The new Cupra Ateca’s exterior design has been updated to give it a keener, more agile and more capable look. The new front end also includes a new bumper design as well as new full-LED headlights. 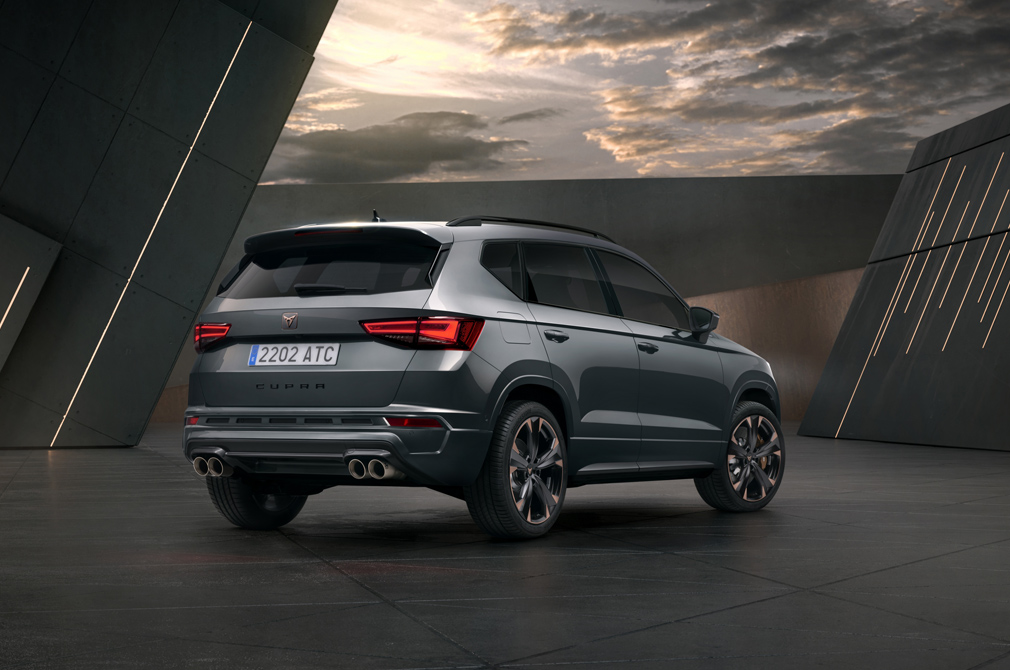 Dynamic indicators are now standard on the Cupra Ateca.

At the rear are full LED lamps with dynamic indicators. These can communicate your intended manoeuvre to other drivers more clearly, and add elegance of the rear of the car. The quad exhausts from the pre-facelift model have been retained.

The new Cupra Ateca comes with 19-inch alloy wheels finished in Black and Silver as standard, with the additional option of a Copper finish. 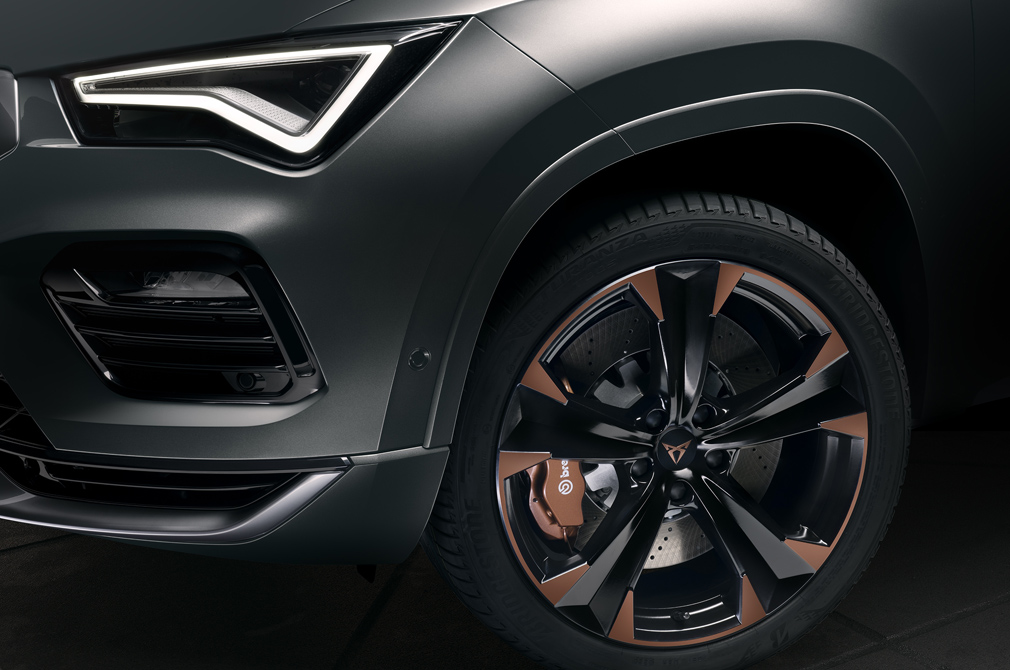 Although the turbocharged 2-litre TSI engine producing 296bhp and 400Nm of torque is carried over from before.

However, it now sends power to the road through Seat’s latest electro-hydraulic multi-disc 4Drive (all-wheel drive system). This enables the Cupra Ateca to sprint from rest to 100km/h in 4.9 seconds. 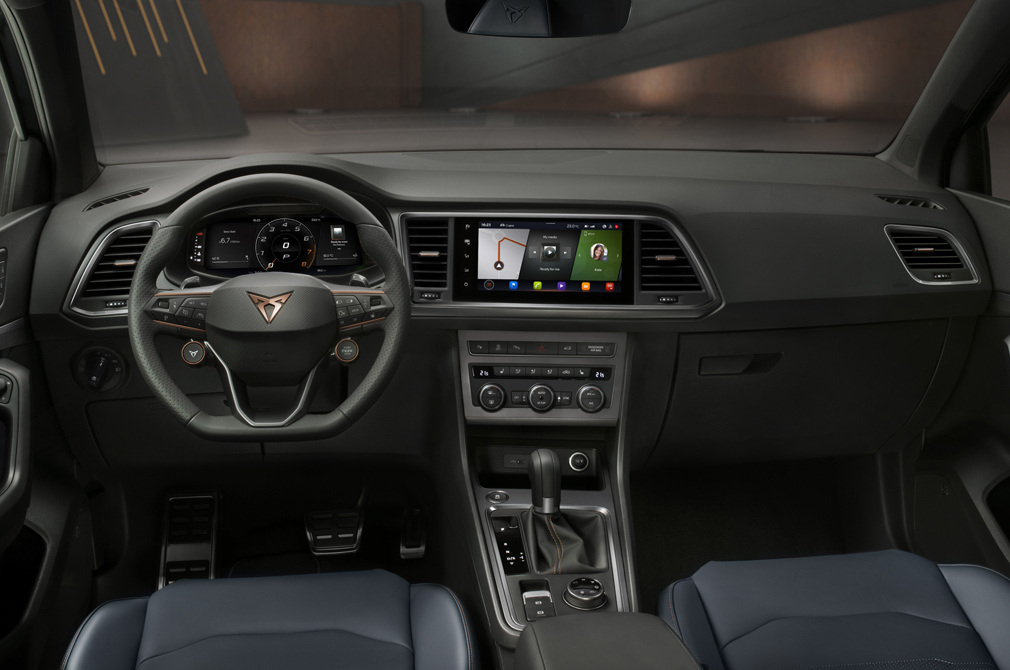 The steering calibration and throttle response have also been updated to further optimise agility and enhance feedback. 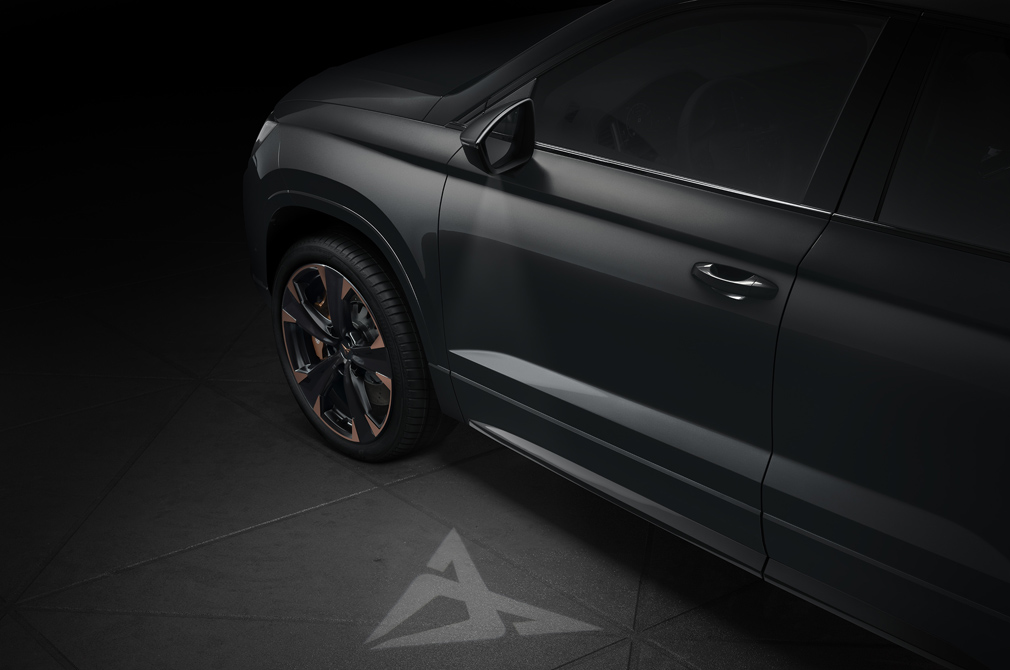 Also new to the Cupra Ateca are puddle lights and illuminated door sill plates for greater vision when entering or exiting the vehicle.

The Cupra Ateca has also been enhanced with the addition of Pre-Crash Assist, Predictive Adaptive Cruise Control, Travel Assist, Emergency Assist and Side and Exit Assist, which work together to protect the vehicle and its occupants. 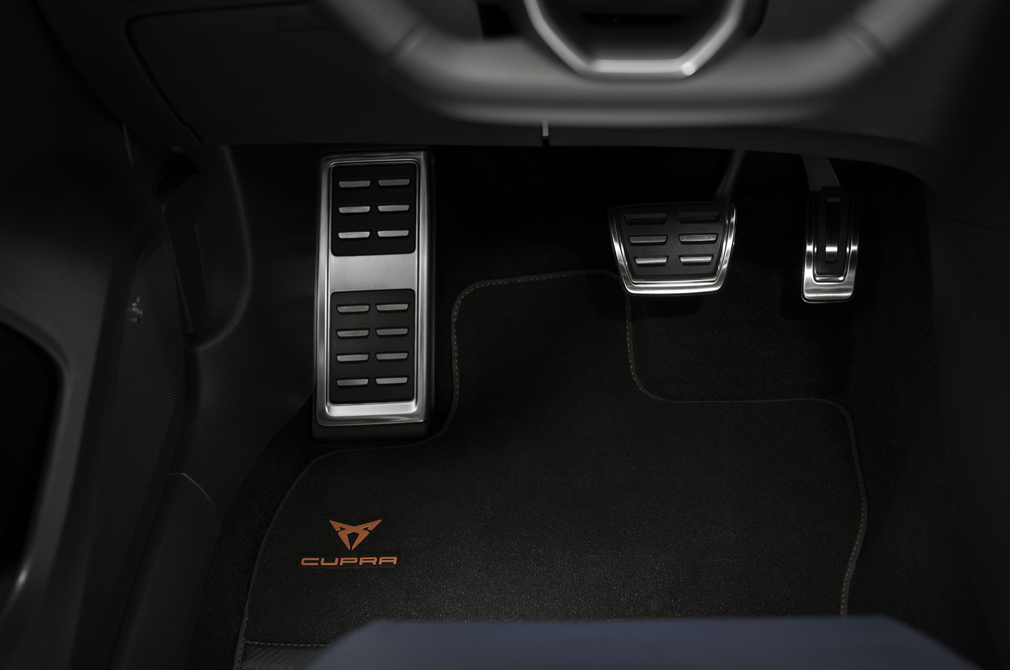 Pedals are now finished in aluminium.

Exit Assist is also new to the Cupra Ateca, making manoeuvres from parking spaces easier than ever. When exiting a parking space, the vehicle will give an audible and visual warning if oncoming traffic, cyclist or pedestrians are detected.

If the driver does not take an appropriate action or the object gets closer, the vehicle will initiate an automatic braking to minimise the risk of a collision.

The new Cupra Ateca is designed and developed in Barcelona, at the brand’s headquarters and will be produced in Kvasiny, Czech Republic. It will enter European markets in the third quarter of 2020.

Looking for something a little more mild-mannered? Perhaps the refreshed Seat Ateca is more up your alley?