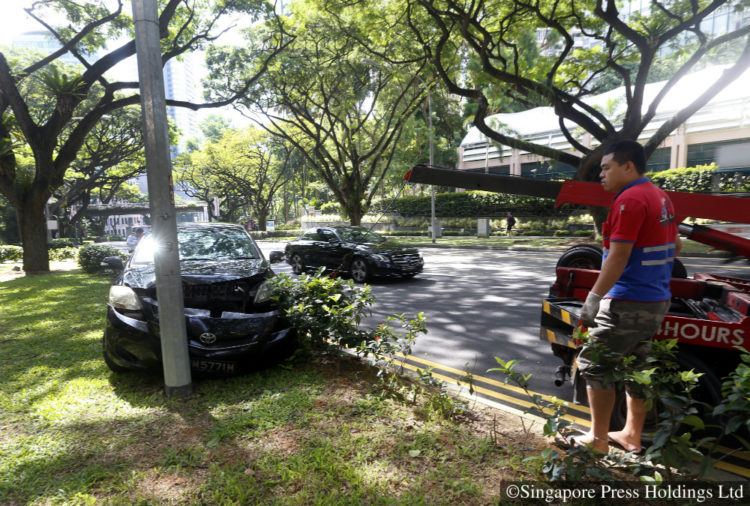 The Singapore Civil Defence Force (SCDF) said it was alerted to the accident at around 8.50am at 190 Orchard Boulevard, just outside the Four Seasons Hotel.

The incident occurred in the direction of Grange Road, before Tomlinson Road, according to the police.

An ambulance was sent to the scene, and the driver was taken conscious to Tan Tock Seng Hospital.

The Straits Times understands that the driver had lost control of the vehicle and hit the lamp post.