What would a driverless car do? This company has the answer. | Torque
Loading posts...
0 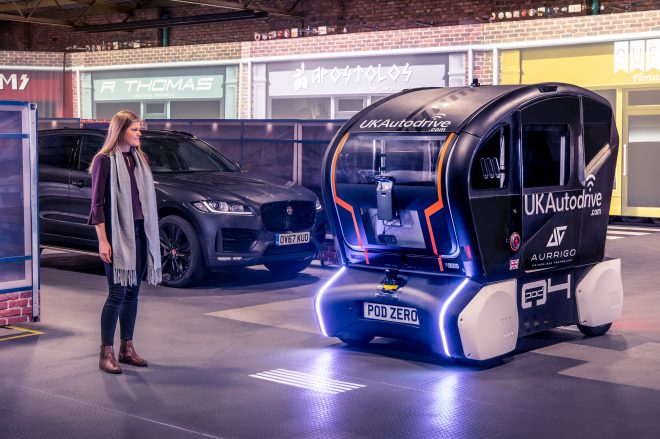 If you feel threatened by the opaque intentions of driverless cars, Jaguar Land Rover (JLR) is here to help.

The company has pioneered a system which projects the direction of travel onto the road ahead of autonomous vehicles.

That system, which beams a series of projections onto the road, shows what the car will do next.

The system features a series of lines or bars with adjustable spacing. 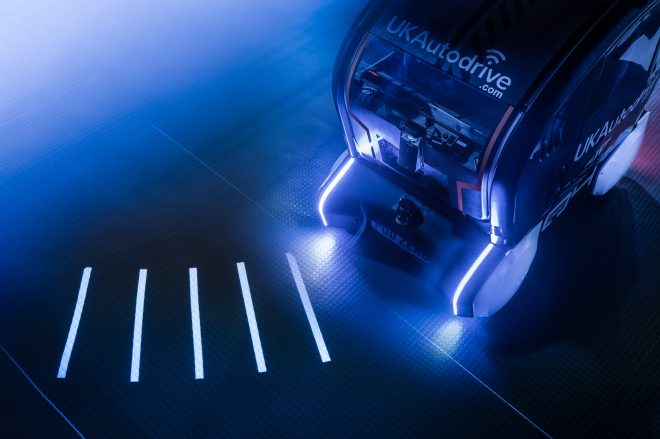 Lines which compress and expand could indicate what the driverless car will do next.

According to JLR, the gaps shorten as the driverless car is preparing to brake before fully compressing at a stop.

As the car moves off and accelerates, the spacing between the lines extends.

Upon approaching a turn, the bars fan out left or right to indicate the direction of travel.

Future projections could even be used to share obstacle detection and journey updates with pedestrians, JLR said.

The project is currently deployed on autonomous pods developed by Aurrigo, the autonomous vehicle division of privately-owned RDM Group.

It’s part of research into how people can develop trust with autonomous technology. 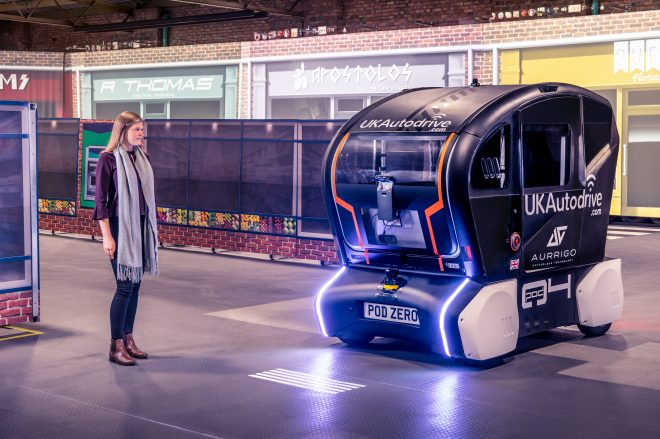 According to JLR, studies showed 41 percent of drivers and pedestrians are worried about sharing the road with driverless vehicles.

The system was tested on a fabricated street scene at a Coventry facility, and engineers recorded trust levels reported by pedestrians both with and without projections.

“The trials are about understanding how much information a self-driving vehicle should share with a pedestrian to gain their trust. Just like any new technology, humans have to learn to trust it, and when it comes to autonomous vehicles, pedestrians must have confidence they can cross the road safely,” said JLR’s future mobility research manager Pete Bennett.

“This pioneering research is forming the basis of ongoing development into how self-driving cars will interact with people in the future,” he added.