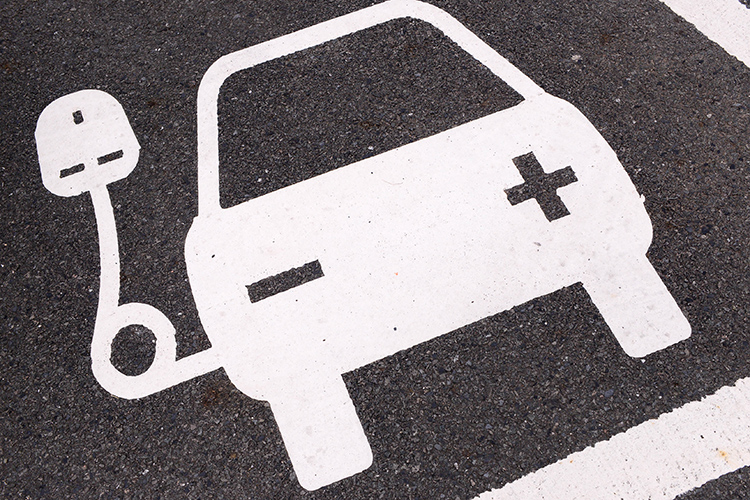 Generic markings for a parking space reserved for electric cars.

Dyson announced yesterday that it will make electric cars at a facility in Singapore.

Dyson is a well-known manufacturer of home appliances.

Its most popular products are its vacuum cleaners and blameless fans.

Dyson said that the Singapore plant will be ready by 2020. But the British company refused to reveal its exact location.

Neither would it say much about the car when quizzed, except that it will be electric, and “very different from anything in existence” today.

Dyson said the two-storey manufacturing facility will be “a highly sophisticated one, using the latest technologies, including robotics and automation”.

Almost a year ago, the firm behind the bladeless fan said it had begun working on an electric vehicle.

Dyson said then it had assembled a team of 400 and was committed to spending £2 billion (S$3.6 billion) on the project.

It would not say how much of that investment will be for the Singapore plant.

“Now, Dyson has the opportunity to bring all our technologies together into a battery electric vehicle. Rather than filtering emissions at the exhaust pipe, today we have the ability to solve it at the source.”

“He told me that our expertise in advanced manufacturing, global and regional connectivity, and the quality of our research scientists and engineers all influenced Dyson’s decision,” PM Lee wrote, noting that the car was expected to launch in 2021.

Dyson said construction of the plant will begin in December, and it will be completed in 2020.

A senior executive with a top German manufacturer said: “There are more than 100 electric carmakers in China, and none of them is a traditional car manufacturer. They buy parts from various suppliers and simply assemble them. This model is not viable. They are exposed to huge cost risks, and they will not have the expertise to deal with after-sales service or safety recalls. That does not mean none will succeed. Geely was a refrigerator maker. But that is just one out of how many?”

Another senior executive with a major listed motor company here said: “They have picked the most expensive place… to build a car.”

But Dr Andrew Delios, a professor at the National University of Singapore’s Department of Strategy and Policy, said: “It is not expensive to manufacture in Singapore. For high-value-added products with substantial automation, skilled labour and a steady business environment are more important than hourly wage rates.”

Dr Nitin Pangarkar, an associate professor in the same department, said: “Cars are far more complex than the usual Dyson products. They lack the brand reputation and the technological expertise, so it is going to be a big challenge for them.”

Singapore had a car-assembling industry back in the 1960s. But it ceased by the 1980s, when lower-cost locations emerged.

Some 15 years ago, the Government began looking at reviving the industry.

The Economic Development Board explored the possibility with motor giants such as Mercedes-Benz, BMW, Nissan and General Motors on setting up manufacturing or assembly operations here.

Asked why it was venturing into this highly competitive field, a Dyson spokesman told The Straits Times in September last year that the company came up with a diesel particulate filter system in the 1990s.

But the market was not ready for it then, and the project was halted.

Should the Government encourage electric cars?