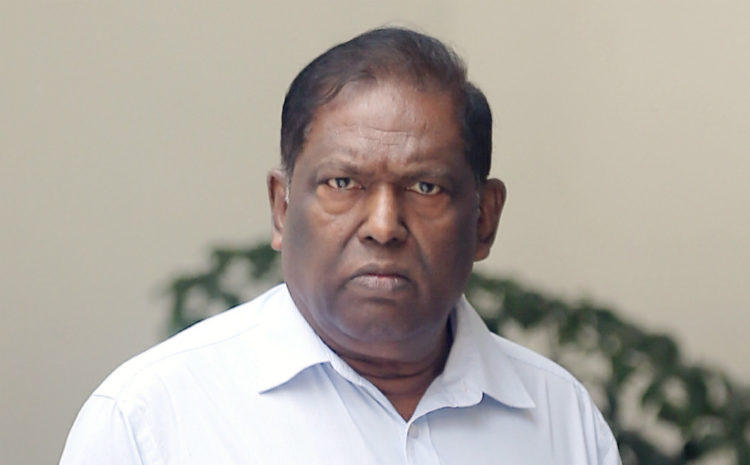 A motorist made an unauthorised left turn from the centre lane of a road into a side road, resulting in a collision with a motorcyclist who subsequently died from multiple injuries.

On Friday (Sept 8), engineer S.N. Vasutavan, 69, was sentenced to 10 days’ jail and banned from driving for five years.

He admitted causing the death of Mr Muhammad Arafat Baharudin, 19, by doing a negligent act along New Upper Changi Road on May 15 last year.

The charge said he failed to keep a proper lookout for other road users while making a left turn into the side road leading to the carpark of Block 208B, New Upper Changi Road, resulting in the collision.

Mr Arafat, a part-time delivery rider, was on his way to work, travelling on the left lane, when the collision occurred.

On impact, the motorcycle flew in the direction of the carpark exit and landed on the covered pedestrian walkway next to the side road. It also hit two women walking along the walkway, causing them to fall to the ground.

Mr Arafat, who had been travelling at 102km/h to 107km/h, was flung off the machine and landed on the side road. He was taken to Changi General Hospital, where he died at 7.53pm from multiple injuries.

Deputy Public Prosecutor Kelly Ho said Vasutavan, who was with his family members, was heading for Bedok Town Centre at about 5.30pm that day.

Mr Arafat was riding behind a taxi travelling along the leftmost lane when he overtook it and continued riding straight for about two to three seconds.

Vasutavan wanted to make a left turn into the carpark of Block 208B from the right.

“Instead of filtering into the slip road located to the left of the leftmost lane of the road, the accused signalled left and made a sudden left turn from the centre lane of the road,” said DPP Ho.

He was not supposed to make a left turn as the directional arrows on both centre and leftmost lanes of the road indicated that vehicles were permitted to travel only straight.

Before Vasutavann could complete the left turn, Mr Arafat’s motorcycle hit the left side of the car.

Chinese nationals Lin Jianan, then 17, and Ms Chen Wei, then 25, both students, were walking along the walkway when the motorcycle hit them.

Jianan suffered tenderness and abrasions over her elbow and right knee, while Ms Chen was hospitalised for three days for fractures.

The teenager was given 14 days of medical leave and Ms Chen was given 21.

Vasutavan has had 10 traffic violations between 1994 and 2013. He compounded the offences, which included speeding, careless driving, making an unauthorised U-turn and illegal parking, for between $70 and $250.

His lawyer Ramesh Tiwary said in mitigation that Vasutavan had checked before he filtered left and did not see the motorcyclist.

This was because the rider was going at almost double the speed limit, and this affected his ability to stop.

Vasutavan was allowed by District Judge Diana Haven Ho to begin his sentence on Sept 15.

He could have been jailed for up to two years and/or fined for causing death by negligence.