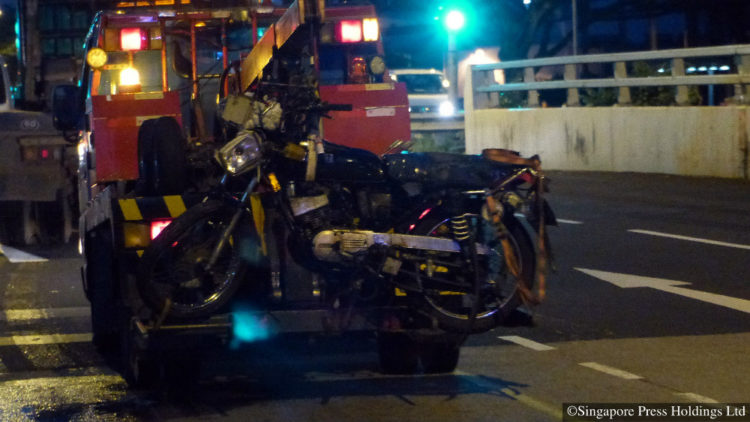 A motorcyclist was killed in an accident with a prime mover on Admiralty Road West on Wednesday (Jan 25).

His wife, a 40-year-old homemaker, told Lianhe Wanbao that she had prepared all the ingredients for the family’s reunion dinner on Friday, but sadly, her husband will not be there.

The victim, a factory worker, was pronounced dead at the scene of the accident, which happened at about 3.50pm.

It is understood that the prime mover was going straight towards Admiralty Road at the time. The driver “heard a sound” and stopped. He then found the rider under his vehicle.

The Singapore Civil Defence Force sent one ambulance to the scene.

Police investigations into the accident are ongoing.