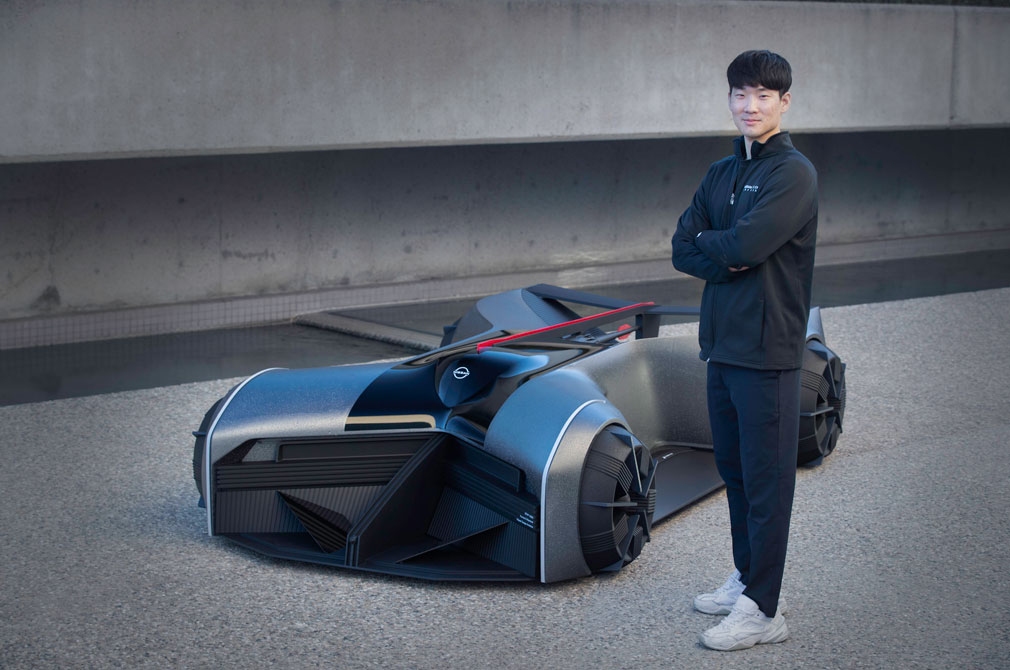 Stunning isn’t it? And it was all penned by an intern at Nissan Design America.

The GT-R(X) 2050, designed by Jaebum “JB” Choi, was drawn up at a time when COVID-19 restrictions were changing how everyone was thinking about the future.

Taking inspiration from the Nissan GT-R, Choi penned the GT-R(X) 2050 as part of a study in a future autonomous era when machines can embody a driver’s emotion through a physical connection. 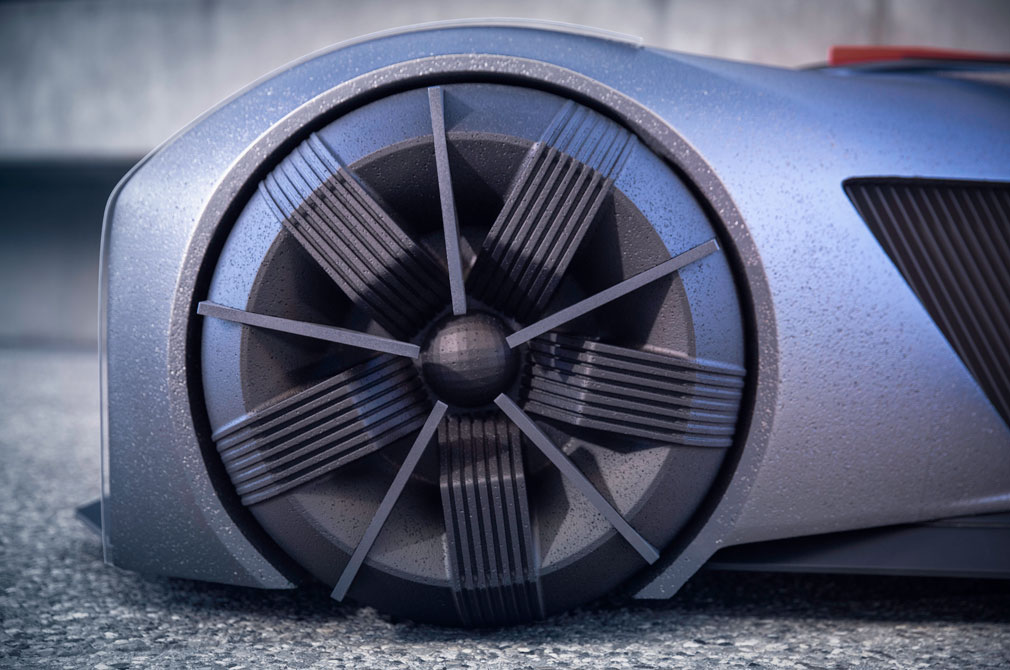 And now Nissan Design America has opted to turn Choi’s design into a full-sized model. It measures 10 feet long and just over two feet high, or about 3m x 0.6m.

The single-seater has its driver resting horizontally in a “prone” position with limbs extended in an X-shape. Apparently, drivers will also need to don a form-fitting suit and helmet to drive the car.

Said helmet will also contain a brain-to-core transmitter which will allow control of the vehicle.

The GT-R(X) 2050 can be thought of as a “wearable machine”. A direct connection between the human brain to the computer of the car will provide better performance than “ordinary” self-driving cars. 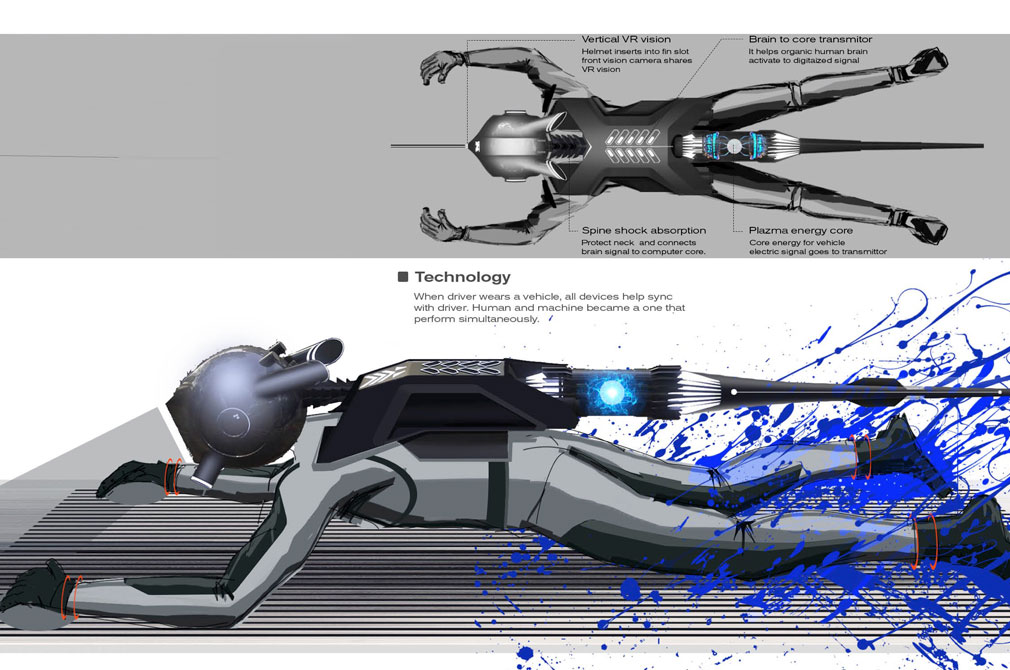 A brain-to-core transmitter will allow the driver to control the car.

Does that sound far-fetched and extreme? Well, the GT-R(X) 2050 also comes with one-piece wheel/tyre units that will allow the vehicle to turn 360 degrees.

This should come in handy since the car is envisioned as being driven mostly at night, where maneuverability would be critical.

An active wing also deploys for added downforce at speed. They also fold so the driver can get in and out of the car.