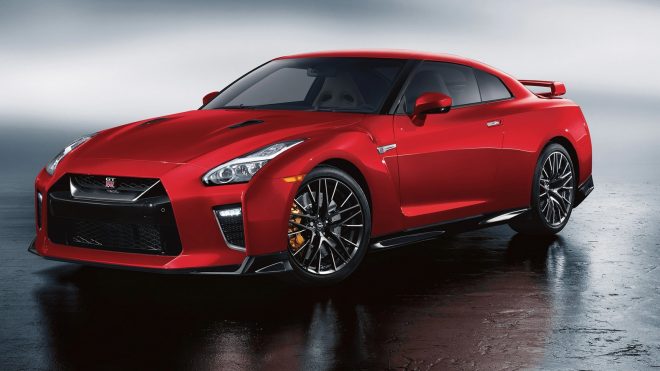 The 2020 Nissan GT-R gets new turbos for better low-end response and faster gearshifts.

The Nissan GT-R really doesn’t need much more fine-tuning, but Nissan has decided to sharpen its track weapon anyway.

For the 2020 model year, the flagship Nissan gets some enhancements to optimise performance, improve handling and also crank up the R35’s styling.

On the outside, it looks like Nissan has made the decision to keep the GT-R’s styling broadly intact.

That’s a bold move, but we guess that Nissan might be taking the route Porsche has done with the 911 and keep the design intact!

The first change is the engine. The Nissan GT-R’s 3.8-litre, twin-turbo V6 (producing 562hp) gets new turbochargers, which boost the engine’s response lower in the rev range thanks to an abradable seal.

Gearshifts are also 0.15 seconds improved when in R-Mode.

The electronically controlled suspension, meanwhile, has been tuned to provide “better cornering stability” and a smoother ride.

Nissan has also tweaked the GT-R’s steering for a more linear and precise feel even when travelling at up to 300km/h.

The brakes have also been given more bite with a new brake booster increasing the initial braking response by engaging with less pedal movement.

The GT-R also gets a new titanium exhaust muffler with titanium finishers with burnished blue tips. 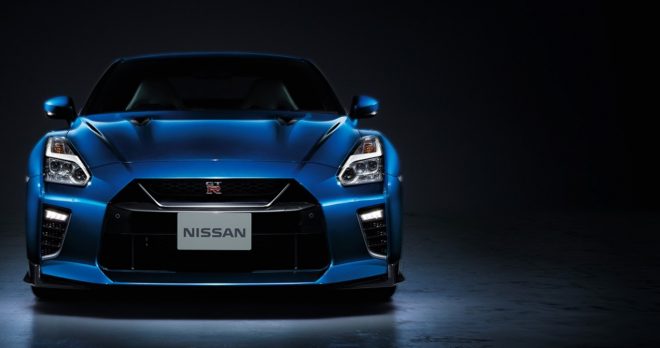 To make sure your R35 remains tops in the styling stakes, Nissan has brought back an iconic colour first seen on the R34.

Bayside Blue makes a return to the line-up, which through a four-coat double-heat treatment process ensures a “vivid blue” with “striking highlights and deep shadows”.

The interior also gets a new grey leather interior, which replaces the outgoing ivory option.

We don’t yet have any news when or if the new Nissan GT-R will arrive on our shores, but we’ll keep you updated if it does!

Nissan commits to electrifying all cars by 2022; Leaf and Serena e-Power to launch in 2019