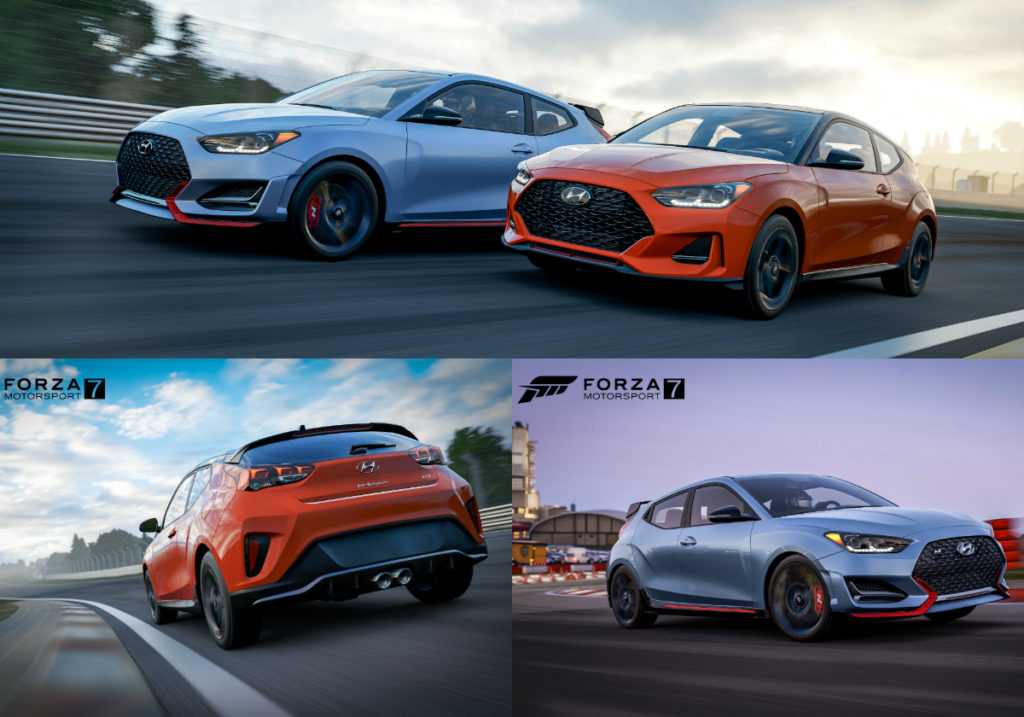 Forza players will be able to fully appreciate the unique design of the 2019 Veloster Turbo and Veloster N, thanks to Forza Motorsport 7’s Forzavista feature. Each car is rendered in exacting detail, and users can explore every detail, from the signature asymmetric bodystyle, to the cockpit layout, to the engine bay.

Once players have the Hyundais in their garages, they can further take advantage of Forza Motorsport’s deep personalisation options to make their 2019 Velosters their own, including new wheels, powertrain and suspension upgrades, custom dynamic tunes, and unique paint schemes and racing liveries.

As part of the ongoing rollout of the 2019 Veloster, Forza Motorsport 7 players can also look forward to additional Veloster-related in-game opportunities such as Rivals events.

“Remember that when the original Veloster Turbo was unveiled in 2012 here in Detroit, it simultaneously made its debut in the Forza franchise. It’s thrilling to collaborate with Microsoft and Turn 10 again to put the next-gen Veloster in Forza Motorsport 7. Forza is more than just a game. It’s a vibrant and active community of auto enthusiasts that includes dedicated in-game racers, painters, tuners, and photographers. That diverse group is reflective of the customers we want to reach with Veloster, and we’re excited to put them behind the wheel,” said Dean Evans, chief marketing officer, Hyundai Motor America.

The Forza video game franchise, which includes the Forza Motorsport and Forza Horizon series of games, is the most acclaimed and best-selling racing franchise of the current video game console generation and is home to one of the largest racing communities in the world.

Through premier partnerships across the automotive industry, Forza games feature the world’s greatest cars, including “First in Forza” debuts such as the McLaren P1, Ferrari LaFerrari, Ford GT, Lamborghini Centenario and the Porsche 911 GT2 RS.