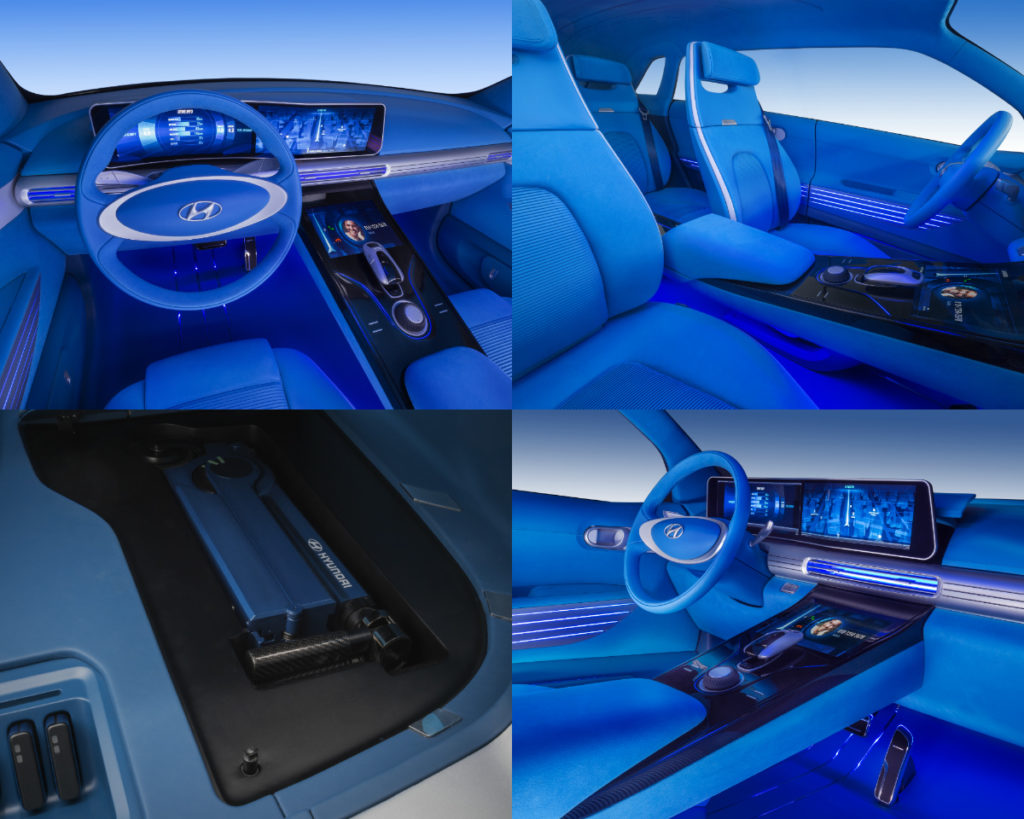 Hyundai Motor has unveiled its futuristic FE Fuel Cell Concept that looks ahead to the next generation of hydrogen-powered vehicles. Having established itself as a global leader for hydrogen transportation, the company reaffirmed its commitment to fuel cell vehicle development at the 2017 Geneva Motor Show with this concept car.

In early 2017 at the Davos World Economic Forum, Hyundai Motor Company joined the launch of the Hydrogen Council, a global initiative to promote the development and commercialisation of fuel cell cars as an alternative to fossil fuel vehicles. This follows two decades at the forefront of hydrogen vehicle development, most recently with the Tucson Fuel Cell, which in 2013 became the world’s first mass-produced hydrogen-powered vehicle, and is currently on sale in 17 countries around the world.

The FE Fuel Cell Concept continues Hyundai’s commitment to fuel cell vehicle development and is part of the company’s eco-vehicle programme that will see 14 or more new eco-focused models introduced by 2020.

Spurred on by greater global demand for fuel-efficient, eco-friendly vehicles, the programme continues the example of innovation set by Ioniq, the first car to offer a choice of three electrified powertrains in a single body type.

The FE Fuel Cell Concept’s flowing form is inspired by nature and water (the car’s only emission), with the clean and calm design emphasising its non-polluting nature. Across the car, form follows function to deliver a minimalist style. Exemplifying this approach, the FE Concept features a dramatic and stylish rear air foil and integrated vents that provide aerodynamic efficiency through intelligent engineering.

The concept’s name “FE” stands for Future Eco, reflecting the innovative new technologies that complement the car’s eco-friendliness and recognise its unique fuel source. One of the most notable characteristics of the new concept is its internal air humidifier, which recycles water emitted by the car’s clean hydrogen energy circulation to create a more comfortable cabin environment.

The FE Concept showcases Hyundai’s fourth generation of hydrogen fuel cell technology, an evolution of research, development and real-world evaluation programmes around the world. Compared with the current-generation system used in the Tucson ix35 Fuel Cell, the new technology is 20 percent lighter and achieves 10 percent greater efficiency. In addition, the power density of the fuel cell stack is increased by 30 percent, boosting the car’s range significantly.

As another reinforcement of the car’s eco-credentials and focus on customer convenience, the FE Concept features portable battery packs – charged by the car’s energy output – to power passenger devices. Meanwhile, the trunk features an integrated storage and charging space for an electric personal mobility device (such as the Ioniq Scooter), demonstrating how Hyundai Motor is developing mobility solutions to match future lifestyles.

The new concept car is more than innovative, it is highly capable, too. The car is designed to run for more than 800 kilometres between refueling, acknowledging the current limited hydrogen infrastructure. 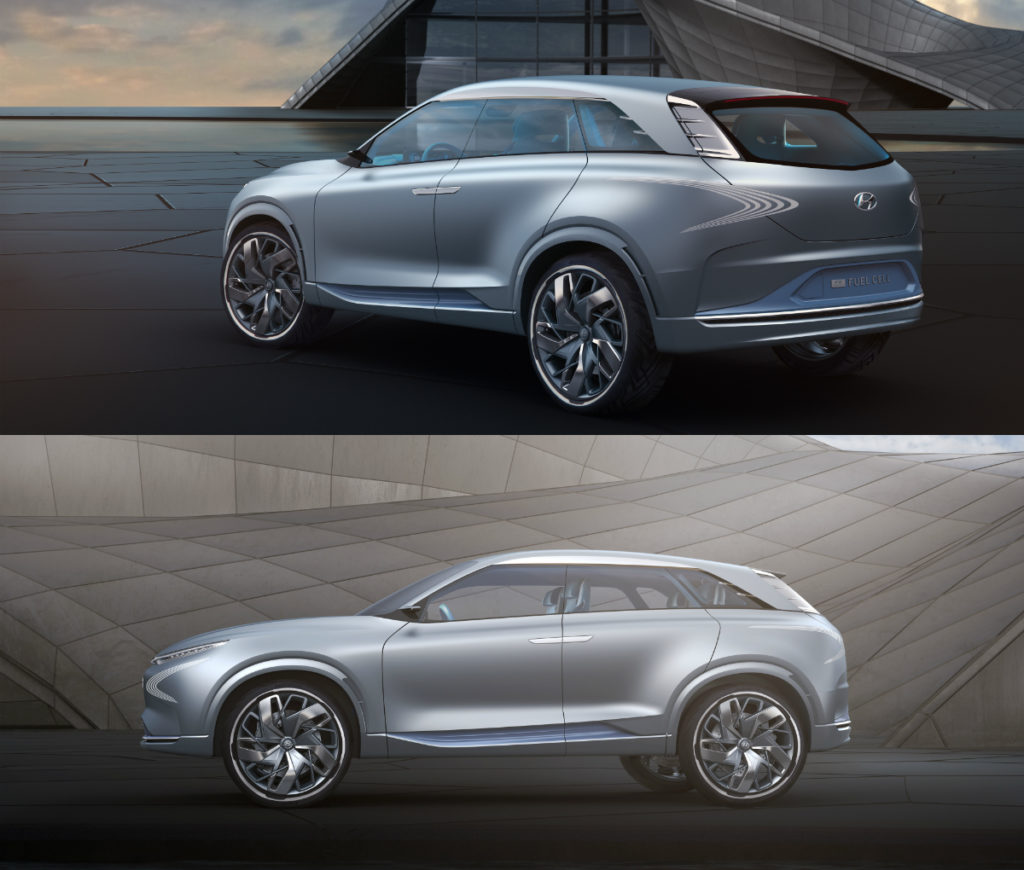 Read our review of the 1.6-litre Hyundai Tucson Turbo.

Read our review of the Mirai, Toyota’s first fuel-cell electric vehicle available on the market.