Lamborghini lit up Los Angeles as co-title sponsor at the world premiere of Marvel Studios’ Doctor Strange, the latest superhero film set to make its box office debut on November 4, 2016.

The awe-inspiring Lamborghini Huracan makes an appearance in Marvel’s latest cinematic feature – during a key turning point in the movie’s plot, driven by the film’s main character, Doctor Stephen Strange, The Sorcerer Supreme.

As one of the top neurosurgeons in the world, Doctor Strange chooses none other than Italian icon, Lamborghini, as his supercar of choice. The character redefines the traditional superhero narrative and the film captivates with an inventive storyline.

Doctor Strange is behind the wheel of the Lamborghini Huracan Coupé, a befitting choice for one of Marvel’s newest and most cutting-edge superheroes. Characterised by its dramatic exterior, iconic cockpit, inspiring technology and powerful V10 performance, the Huracan makes for pure movie magic.

While paparazzi crowded to catch a glimpse of the Grigio Lynx Lamborghini Huracán on display, celebrities walked the red carpet for the much anticipated movie premiere. Appearances by Emmy-Award winning Benedict Cumberbatch who plays Doctor Stephen Strange, the eponymous and Oscar-winning actress Tilda Swinton and other actors from the film, including Chiwetel Ejiofor, Rachel McAdams and Benedict Wong, made for a magical evening.

Marvel Studios’ Doctor Strange is the story of world-famous neurosurgeon Doctor Stephen Strange, whose life changes forever after a car accident robs him of the use of his hands. When traditional medicine fails him, he is forced to look for healing, and hope, in an unlikely place – a mysterious enclave known as Kamar-Taj.

He quickly learns that this is not just a centre for healing, but also the front line of a battle against unseen dark forces bent on destroying our reality. Before long, Strange, armed with newly acquired magical powers, is forced to choose whether to return to his life of fortune and status or leave it all behind to defend the world as the most powerful sorcerer in existence.

“Lamborghini was unquestionably the perfect fit for this project as the Huracan naturally unleashes one’s inner superhero. The unique story of this new kind of hero mirrors that of the raging bull’s visionary founder Ferruccio Lamborghini, a man capable of creating cars that induce dreams in those who see them and thrills in those who drive them,” said Stefano Domenicali, CEO of Automobili Lamborghini.

“Much like many Lamborghini owners, Doctor Strange is a bold, ambitious and pioneering character who reaches beyond the realm of the ordinary and thrives in any situation, despite the challenges ahead.” 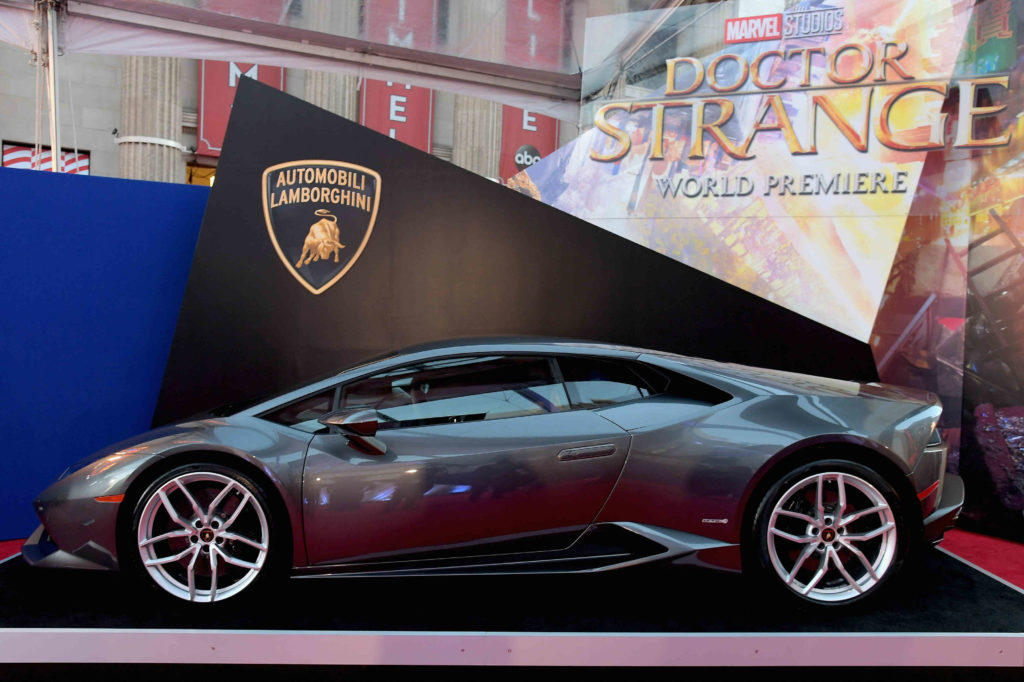 You don’t need to be Doctor Strange to share supercars such as the Lamborghini Huracan.

The Lambo Huracan is not only a movie car, but also a police car.