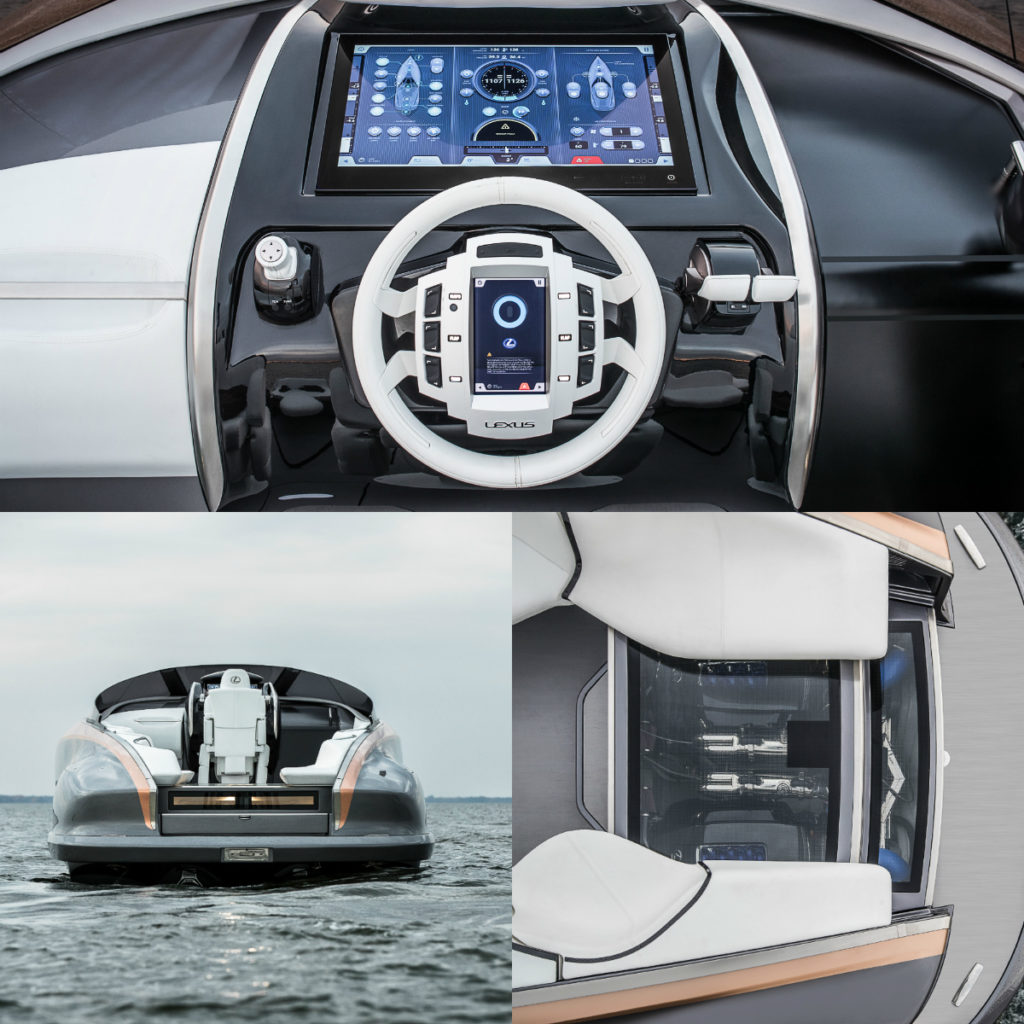 A brief for an open sport yacht for recreational day-touring with six to eight guests, powered by twin high-performance Lexus V8s and with advanced styling and handling, was given to the Lexus Design Centre in Toyota City, Japan. The selected proposal continued to be refined throughout 2015 as the Toyota Marine Department engineered the construction and onboard marine systems.

As a concept, the Lexus Sport Yacht revealed at Miami is a bespoke one-off project with no production intent. To produce this single example, the Toyota Marine Department selected the Marquis-Carver Yacht Group of Pulaski, Wisconsin, USA, based on their in-house engineering and manufacturing capabilities and their skill in large hand-laid composite structures.

CFRP is the technology used in the structure of racecars and supercars like the 325km/h, 553bhp Lexus LFA, high-performance military and civilian aircraft, competition skis and bicycles, and world- class racing sailboats.

The concept is powered by twin 5-litre petrol V8s based on the Lexus 2UR-GSE high-performance engine of the RC F coupe, the GS F sport saloon and the LC500 grand tourer. Each engine produces over 440 horsepower, driving the yacht at speeds up to 43 knots (79km/h) through a pair of hydraulically controlled inboard/outboard stern-drives. A bow-thruster with joystick control aids in docking.

The captain controls and monitors onboard systems from a colour touchscreen panel at the helm – the screens show GPS navigation, digital charts, surface radar, underwater sonar, lighting and entertainment systems. The captain’s seat is power adjustable, and the armrests fold out to become jump seats on each side for very special guests.

The forward passenger cabin is inviting in its luxurious Lexus leather with wood and glass details. A standing-height sofa seat for six with a table, plus air conditioning, create a comfortable environment for intimate entertaining. The galley features a two-burner stove, sink and under-counter refrigerator, while a beautifully finished head includes a shower. 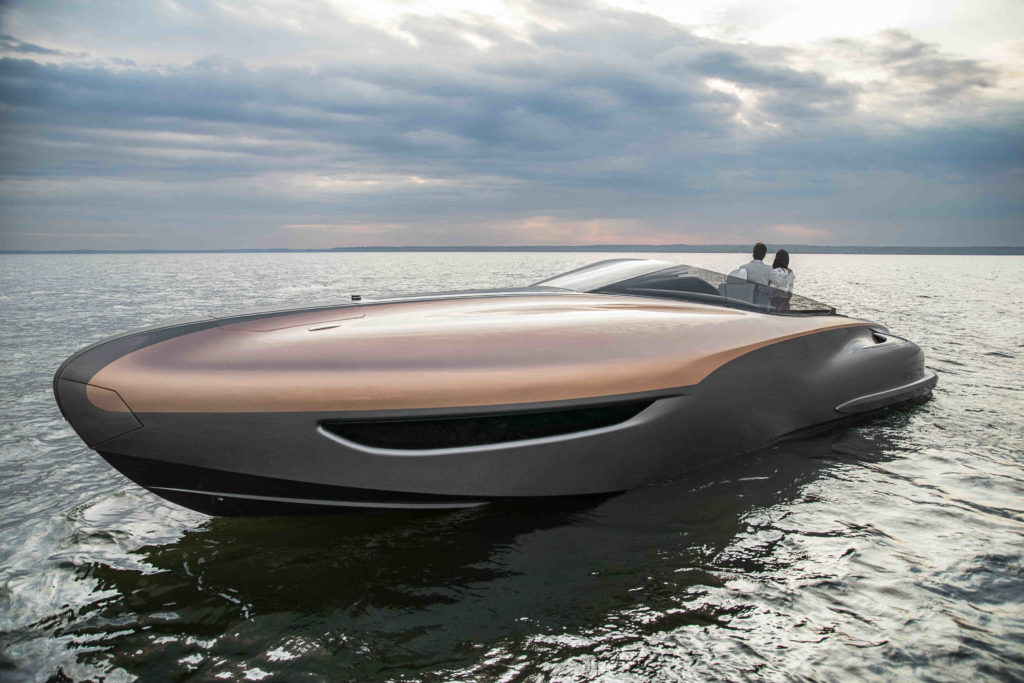