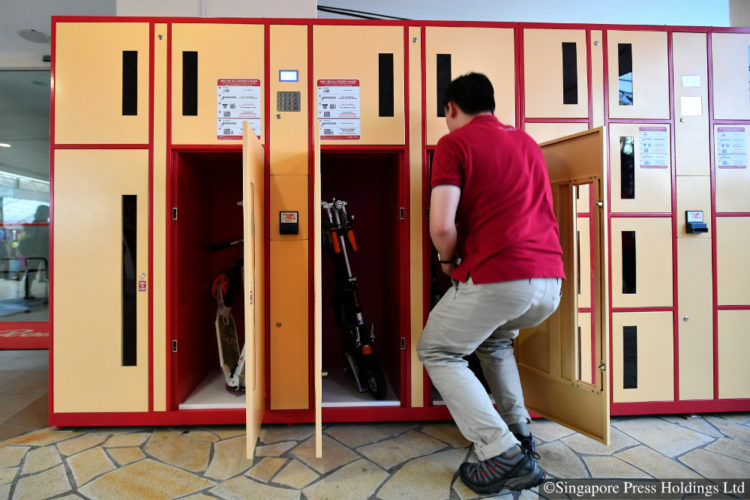 The lockers are free for use till May 1, and Cheng San Community Club will decide on charges after that.

Ang Mo Kio residents will soon find it more convenient to zip around their estate on their e-scooters.

The Cheng San Community Club (CC) in Ang Mo Kio has installed lockers for residents to store their personal mobility devices, as part of a broader push to encourage more people to use such devices, as well as walk and cycle around the housing estate.

It is the first CC in Singapore providing the service. Other CCs in Ang Mo Kio are studying whether to install such lockers.

“The residents come to the CC for activities on their personal mobility devices. Some of their devices are expensive and they want to lock them up,” said Mr Ang Hin Kee, MP for Ang Mo Kio GRC, on Sunday (April 23).

It cost about $12,000 to install 24 lockers of three different sizes. These are free for use till May 1, and the CC will decide on charges after that. Items cannot be stored overnight, a CC staff said.

Ang Mo Kio is being developed as a model cycling town, with town planners using it as a testbed for cycling infrastructure that could eventually be replicated islandwide.

A 4-km cycling path which loops around the estate was completed in July last year, and it will take another two years before all cycling infrastructure is installed.

Besides Ang Mo Kio, the Land Transport Authority (LTA) has also earmarked Tampines as the next walking and cycling town.

The locker service was launched at a road safety carnival on Sunday by Prime Minister Lee Hsien Loong, who is also an MP for Ang Mo Kio GRC.

About 2000 participants at the carnival got to try out personal mobility devices such as e-scooters and unicycles for free.

At the carnival, Mr Lee gamely put on a cycling helmet and posed for photos in front of the lockers with an e-scooter, with the other MPs in the GRC – Mr Gan Thiam Poh, Dr Intan Azura Mokhtar, Mr Darryl David and Mr Ang.

Besides providing services such as storage lockers, the GRC is also expanding its pool of volunteers to educate residents on the safe use of personal mobility devices.

Mr Lee on Sunday also presented certificates to four grassroots leaders who are spearheading the education drive at various parts of the GRC.

One of them was aircraft technician Pragash Kularsagar, who leads a team of six volunteers who fan out in the Teck Ghee neighbourhood in Ang Mo Kio during weekends to hand out flyers .

“We talk to the residents but we do not confront those who ride dangerously,” said the 50-year-old. “We leave that to LTA.” 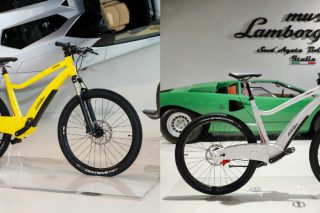 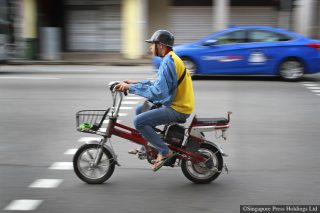