McLaren Senna is the most extreme McLaren road car yet | Torque
Loading posts...
0 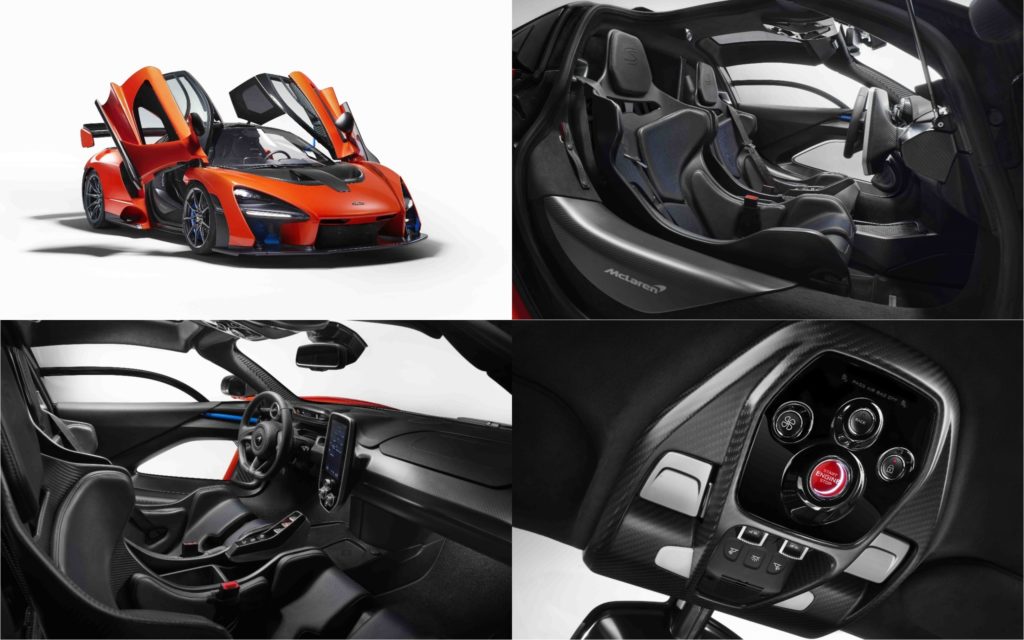 “You commit yourself to such a level where there is no compromise. You give everything you have; everything, absolutely everything.” – Ayrton Senna

The McLaren Senna has been designed, engineered and developed with single-minded purpose: to be the ultimate McLaren track-concentrated car for the road. Legalised for road use, but not sanitised to suit it, the new Ultimate Series deliberately compromises McLaren’s trademark breadth of supercar daily usability; instead it provides the purest connection between driver and car, to deliver the most intense circuit experience of any road-going McLaren.

The technical recipe is classic McLaren Automotive supercar, a pedigree established and earned in the short time elapsed since the pioneering sports and supercar company was founded in 2010, but taken to another level entirely in the McLaren Senna.

Ultra-lightweight construction, with carbon fibre chassis and body panels. Mid-mounted, twin-turbocharged V8 McLaren engine. Rear-wheel-drive. Sophisticated race-derived suspension that delivers an unparalleled blend of control and dynamic balance. Electro-hydraulic steering that rewards accurate inputs and gives the purest feedback. And two seats, but with absolute focus on the importance of the one that the driver occupies.

The carbon fibre Monocage III chassis that forms the core of the McLaren Senna is a further development of the structure that underpins the McLaren 720S and the strongest monocoque ever built by McLaren for a road-legal vehicle. Every body panel is made from carbon fibre, in line with a relentless focus on the weight of every individual component that has resulted in the McLaren Senna being the lightest road-legal McLaren since the iconic F1 road car, at just 1198kg.

With maximum power of 800hp, the McLaren Senna enjoys a power-to-weight ratio of 668hp per tonne. This statistic immediately underlines the performance credentials of the newcomer to the McLaren Ultimate Series, a product family introduced with the McLaren P1 that is reserved for the rarest and most extreme McLaren cars.

Unsurprisingly, there are strong echoes in the new McLaren Senna of the incredibly focused philosophy behind the McLaren P1 – where the latter was designed to be the best driver’s car on road and track, the ambition for the McLaren Senna is for it to be the best road-legal track car, setting a new benchmark for circuit excellence, with track prowess absolutely taking precedence.

Given the famous name that this new McLaren bears, its unrivalled extreme performance and dynamic excellence should be no surprise. The legendary Formula 1 racing driver was renowned for his exceptional powers of concentration and single-minded focus on being the best on the track.

The McLaren Senna driver is hardwired into the dynamic experience the car delivers. Their connection to the car comes through the steering wheel, the pedals and the seat. Every sensation that comes from driving at speed is precisely communicated, putting the driver in total control.

The indomitable spirit of Ayrton Senna has always been alive at McLaren and the McLaren Senna will further amplify his global legacy and link to the McLaren brand.

The third model introduced under the McLaren Track22 business plan, the McLaren Senna will be hand-assembled in England at the McLaren Production Centre. Production will be limited to 500 vehicles, each costing from £750,000 including taxes (UK price) and all already allocated. Read about McLaren’s next-generation hybrid hypercar in the works.