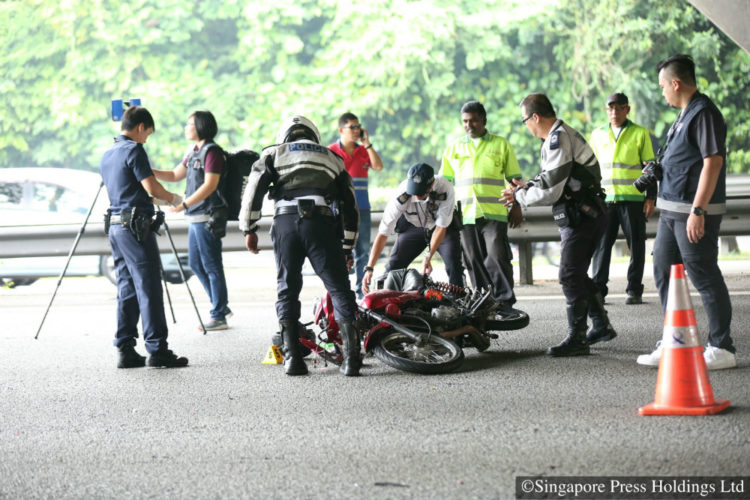 A motorcyclist died in a collision with a lorry on the Pan-Island Expressway (PIE) on Friday (Feb 24) morning.

Police said it was alerted to the accident in the direction of Tuas near the Adam Flyover at 6.19am.

The lorry driver, a 54-year-old man, was arrested for causing death by a negligent act. The rider, Mr Shahray Suhaimi, 24, was pronounced dead at the scene by paramedics.

Two lanes of the expressway were closed to traffic, resulting in a jam stretching to Jalan Eunos at around 8.30am, according to the Land Transport Authority twitter feed.

There was heavy traffic till about 9am.

Related story: 3 fatal accidents in 3 years from driving against traffic
Related story: Traffic Police say one motorcyclist in an accident every two hours