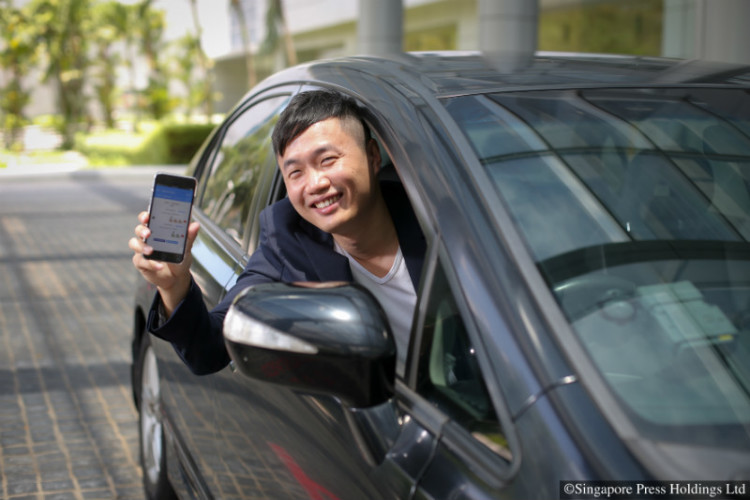 Mr Lak created the app (on phone), which charts traffic trends at the Causeway and Second Link, to help drivers beat the queues.

Over two hours – that is the longest time Mr Hayden Lak has spent waiting in his car to enter Singapore.

The 35-year-old Malaysian, a permanent resident who runs a tech business here, has been commuting to Singapore for two decades and knows how agonising it can be.

His experiences led him to create a Web application that charts traffic trends at the Causeway and Second Link to help drivers beat the queues.

Causewayjam.com gives motorists information on how long they will have to wait in traffic as well as an indication of whether conditions will ease up. It was launched last month and is accessible via Web browsers. iOS and Android versions will be downloadable next month.

The idea came last December when he saw crowds heading across the Causeway for the holidays.

“We know the traffic is always bad in December, but last year was terrible – it was unprecedented,” said Mr Lak, adding that waiting times sometimes exceeded three hours.

It was a big deal for the bachelor, who lives in Johor with his parents and drives into Singapore for work about three times a week. “I wanted to change this perception that Causeway jams were a way of life.”

Before he came up with the app, he relied on footage from roadside cameras – available on sites such as onemotoring.sg – showing current traffic conditions. “That shows you only what traffic conditions are like at home. By the time you reach the checkpoint in half an hour or so, the jam might have built up.”

Mr Lak, who learnt programming while studying at Nanyang Technological University, built the app in about a month. Using traffic data obtained from Google, the app gives users an estimate of how long they can expect to wait in traffic.

It also stores this data and plots it on a graph, allowing users to look at traffic conditions over a six-hour period seven days earlier.

“The app can tell you whether there was congestion at this time a week ago and whether it cleared up (at that time) down the road,” said Mr Lak, who spends up to $200 a month on running the free app, which he claims is accurate about 80 per cent of the time.

Sales manager Norman Lai, 35, who drives across the border about twice a week for work, said: “I like that it can tell at which times there will be heavy traffic, so I can plan my time to go across the border.”

Mr Lak has not ruled out charging for the use of his app, but said: “I built this as I wanted to help myself and everyone else. I want people to use it so I can improve on it.”