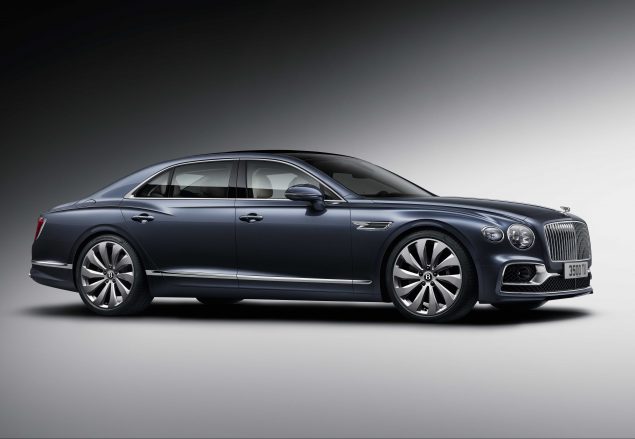 Welcome to the new Bentley Flying Spur, breaking cover after months of secrecy and spy shots.

It’s an important model for Bentley: the new Flying Spur is the third and last member in the family of grand tourers comprising of the Flying Spur, Continental GT and the Convertible, the latter two having been announced in 2017 and 2018 respectively.

It also has features not seen in other Bentleys to date.

Some 30,000 Flying Spurs have been sold across all generations, the company said.

The new Flying Spur, like its coupe siblings, is based on the VW Group’s MSB architecture.

Underneath, it shares the same front end with the other two models but has a unique rear. 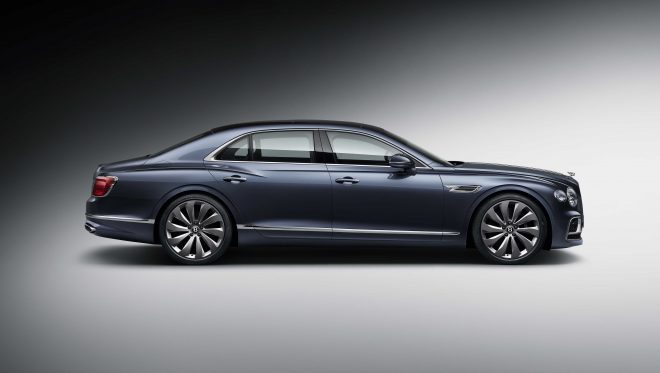 The whole car is just 5mm longer than its predecessor at 5304mm, but its wheelbase has been stretched by a whopping 130mm to 3195mm, creating more rear legroom and stability at speed.

The new model is 38kg lighter than before but to be clear, is still a heavy car at 2435kg. 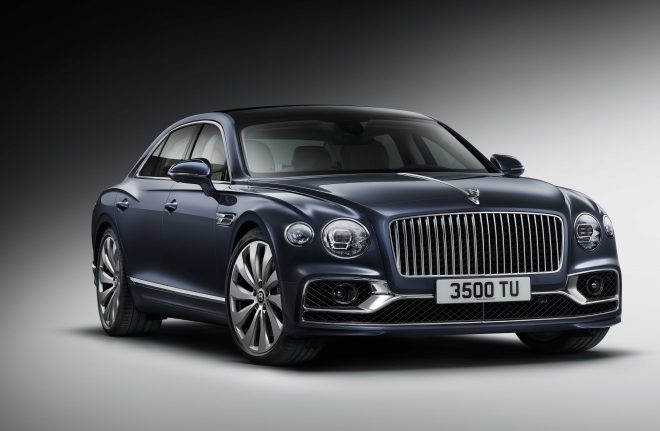 The bold styling on the new Flying Spur is similar to the Continental GT and GTC, which means a lower and shorter front end with a slatted grille over a fishscale matrix.

Bentley chief designer Stefan Sielaff said the power line and haunches are separated to give the new Flying Spur a more aggressive and pronounced rear.

Inside, you can get your new “cathedral window” style seats – so named because of the patterns in the leather – in any one of 15 hide colours.

In the centre console is the three-sided Bentley Rotating Display. The first side has a 12.3-inch touchscreen, the second three analogue dials, and the third is a simple wood veneer fascia for “digital detox”.

But the standout interior feature on the new Flying Spur is three-dimensional diamond quilted leather door inserts, creating by pressing the leather to a diamond-patterned mould. 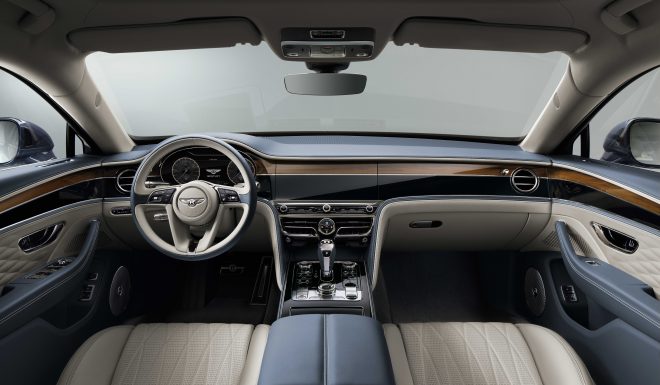 The interior of the new Bentley Flying Spur with the rotating display in the “digital detox” position.

The standard audio system is a 10-speaker, 650-watt affair but you’ll want to step up to the 2200-watt, 19-speaker setup from Naim, which has active bass transducers built into the front seats.

Powering the new Flying Spur is the same 6-litre, twin-turbo W12 in the Bentley Bentayga Speed, good for 626hp and 900Nm of torque and mated to an 8-speed ZF dual-clutch automatic.

New for the Flying Spur, and indeed the whole Bentley range, is all-wheel steering, which steers the rear wheels in the opposite direction to the fronts at low speeds, and in the same direction at high speed. 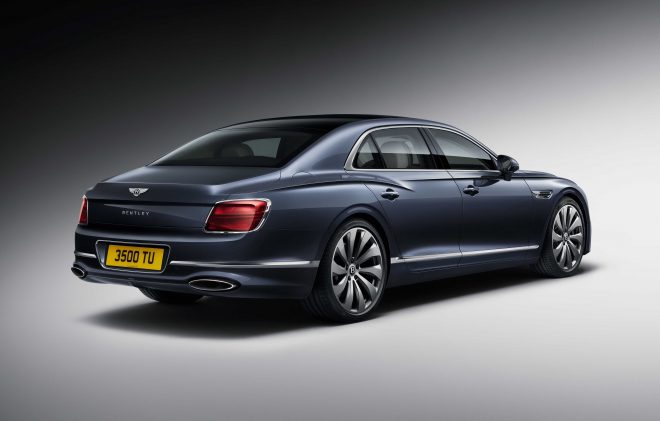 This ensures agility at low speeds – like navigating carparks, etc – while increasing stability at higher speeds.

The all-wheel-drive system, compared to the older Flying Spur, now only sends power to the front when it is needed.

Even then, only 17 percent of power is ever sent to the front wheels, ensuring sportier handling.

“As with the launch of the Continental GT, the new Flying Spur is a ground up development that pushes the boundaries of both technology and craftsmanship to deliver segment-defining levels of performance and refinement,” said Bentley Motors’ chairman and chief executive Adrian Hallmark.