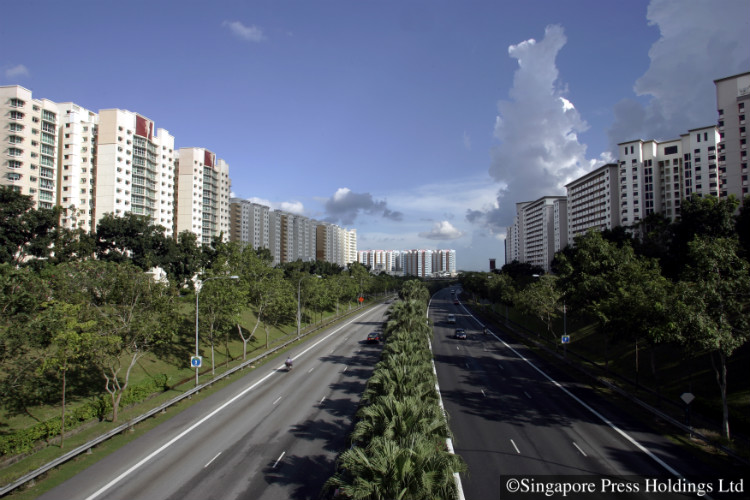 The building of the new road is aimed at alleviating traffic congestion along the Tampines Expressway, between the Punggol Way and Kallang-Paya Lebar Expressway exits.

A new road linking Punggol to the Kallang-Paya Lebar Expressway (KPE) and the Tampines Expressway (TPE) will open by the end of next month, almost a year ahead of schedule.

Aimed at alleviating traffic congestion along the TPE between the Punggol Way and KPE exits, it was originally scheduled to be completed by the third quarter of next year.

In a Facebook post on Monday (Oct 15), Minister in the Prime Minister’s Office Ng Chee Meng said it would be completed by the end of next month.

Mr Ng, who is the Member of Parliament for the Punggol North ward in the Pasir Ris-Punggol Group Representation Constituency, wrote that residents he spoke to were “excited about this good news”.

The road is part of an expansion of the interchange between the KPE and the TPE, which began in 2015 and includes the construction of roads, three vehicular bridges crossing Sungei Serangoon and Sungei Blukar and a new flyover across the TPE.

In 2016, it was announced that a road would also be built linking Punggol Central to Pasir Ris Industrial Drive 1.

Punggol residents told The Straits Times that they hope peak-hour congestion on the TPE will ease with the opening of the new road. Corporate communications officer Winda Mohamed said the journey from her estate to her office in Pasir Ris – usually a 15 minute drive when roads are clear – can take more than 45 minutes because of morning traffic jams.

“I am hoping that this new road will help me cut my travelling time short,” said the 35-year-old.