Despite looking broadly the same as the old one, Land Rover says the door hinges are the only things unchanged, everything else being new.

Priced from $233,999, the new baby Rangey gets several updates to bring it in line with the rest of the Range Rover lineup, both inside and outside.

For starters, the Evoque now looks much like a smaller version of the supermodel-esque Velar, the other style-led member of the lineup.

The front and rear of the new Evoque, however, are curvier than the old one, representing a more assured stance. 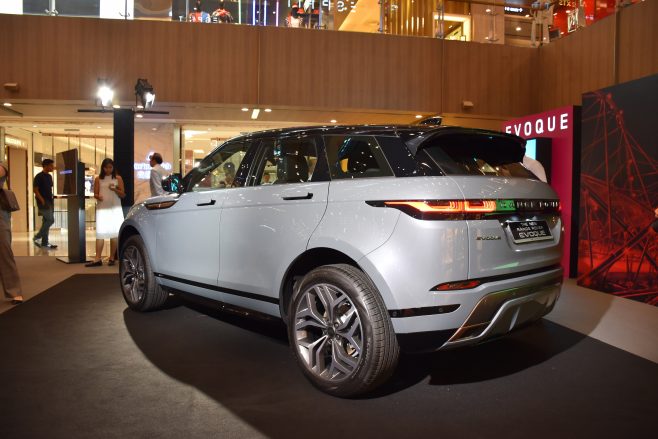 In terms of dimensions, the new Evoque has grown in all dimensions, but not substantially so.

To create more legroom, engineers have managed to lengthen the Evoque’s wheelbase by 21mm while keeping its length virtually identical to the old one (an increase of just 1mm), and it’s wider by 11m and taller by 14mm.

Chassis stiffness has gone up 13 percent reduces noise and vibration intrusion into the cabin.

The single engine choice is a turbocharged 2-litre, 4-cylinder Ingenium unit in different states of tune.

It’s mated to Land Rover’s first use of electric power in the form of a 48-volt mild-hybrid system that harvests energy during braking and stores it in an underfloor battery.

Below 17km/h, the system shuts the engine off when the driver brakes. 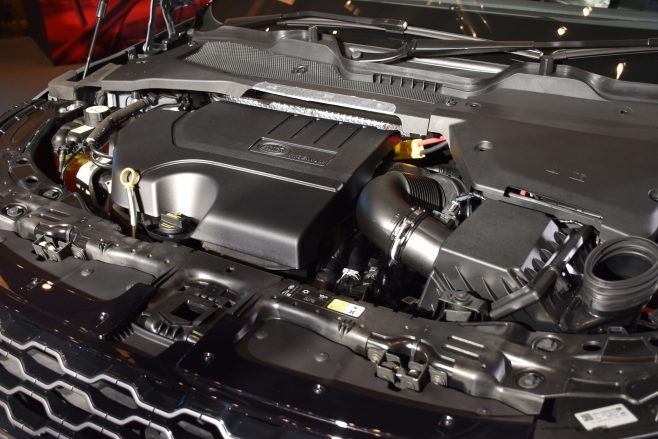 When accelerating, the stored energy is redeployed to assist the engine and reduce fuel consumption.

Both engines are mated to a ZF nine-speed auto gearbox, which has been recalibrated for smoothness.

It constantly balances the distribution of engine torque across both front and rear axles when cornering to improve grip and steering feel.

Meanwhile, Terrain Response 2 is available as standard on the new Evoque, now with an Auto mode to let the car choose the best setting for the terrain. 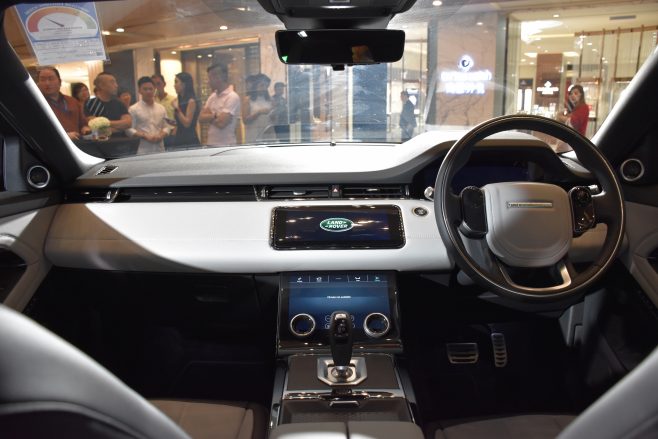 The latter turns the rearview mirror into a digital display that is fed by a roof-mounted camera.

It helps drivers see the road behind regardless of the seating situation at the back. 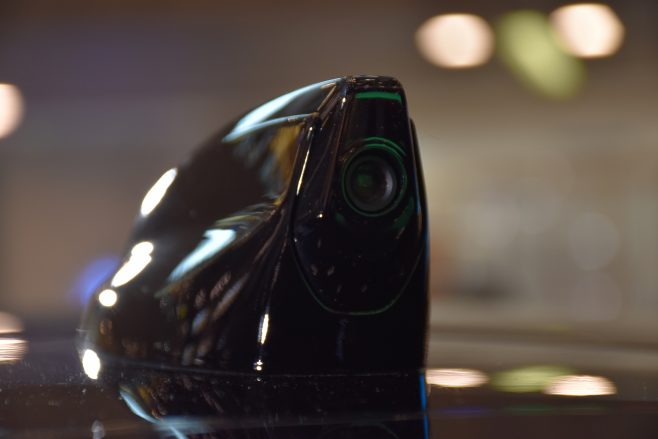 The ClearSight Rear View Mirror displays a rear-facing camera’s feed (above), helping the driver see out the back even though the view is blocked by passengers or cargo.

Each Evoque comes with a three-year/100,000km warranty.