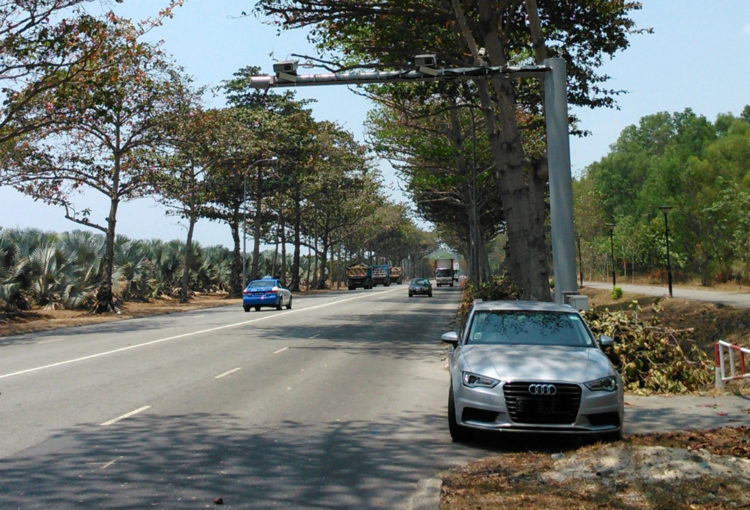 Police installed the first set of “average speed cameras” as a trial at Changi Coastal Road in November 2013, and they were switched on in January 2014. The cameras are mounted on two gantry-like structures about 4km apart and they calculate a vehicle’s average speed over a stretch.

A new speed camera system will be introduced in the first quarter of 2018 along the new Tanah Merah Coast Road with the hopes of “shaping” motorists’ road behaviour and making them more conscious of speed limits.

Called the Average Speed Camera (ASC), the system calculates a vehicle’s average speed by tracking it on radar when it enters a monitoring zone which can range from 100m to 5km.

The technology used in the ASC can distinguish between a lorry and sedan car based on its radar signature, and tell if the vehicle has been travelling over its assigned speed limit.

Traffic Police (TP) shared the ASC initiative with the media on Wednesday at the announcement of the annual traffic situation for 2016.

To ensure safer roads and better motoring behaviour, TP said it will continue with its three-pronged strategy of education, engagement and enforcement.

The ASC, which went on trial for a few months in 2014, will eventually be deployed at danger zones and accident prone areas which were the result of speeding.

The entry into an ASC zone will be marked with bright signs, road markings and stripes.

The Straits Times understands that TP has no plans to deploy more ASCs until the completion of studies into identifying potential deployment sites.