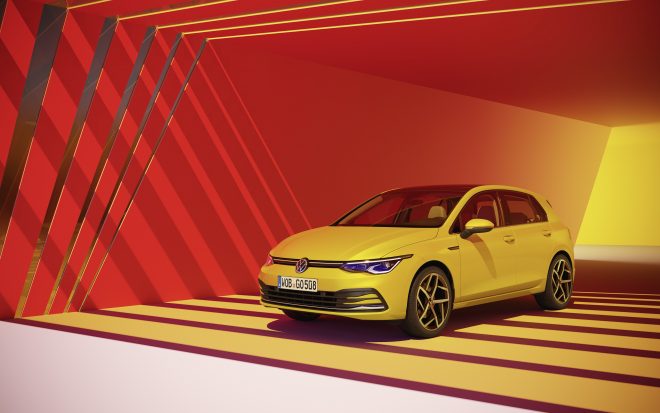 The new Volkswagen Golf gets a striking new look.

The stalwart Volkswagen Golf is now into its 8th generation.

A family staple for more than four decades, the Golf has now been updated for the next chapter.

Not much has changed with its side profile, but the front and rear get a restyle with slimmer and more sculpted lights than the Mk7. 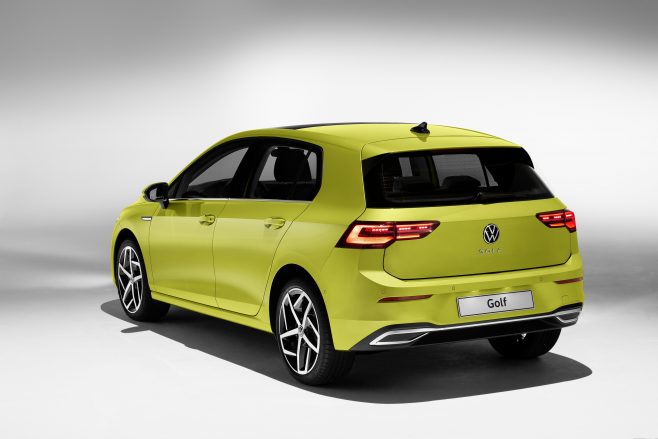 The rear lights are quite striking on the new VW Golf. 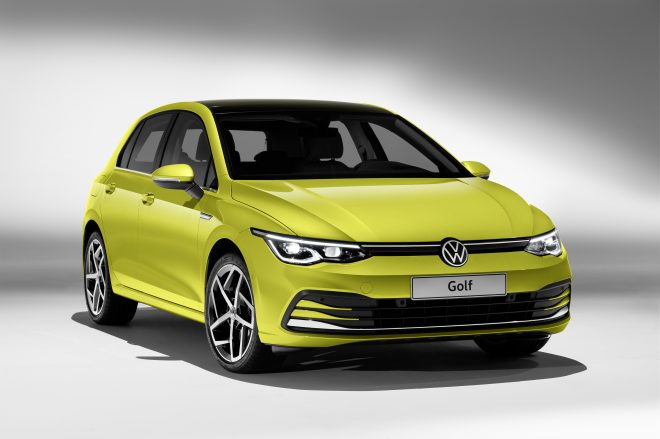 The new Golf is the first Volkswagen to use swarm intelligence from traffic via Car2X.

Simply put, it means it can anticipate hazards, information that it picks up via sensors.

Signals from traffic infrastructure and information from other vehicles up to 800m are displayed to the driver, Volkswagen said, with the Golf being able to share these warnings with other Car2X models.

“Swarm intelligence” is becoming a reality, Volkswagen says, adding it represents the beginning of a “new phase of traffic safety”.

The new Golf’s onboard systems are connected to the outside world via an online connectivity unit (OCU) which features integrated eSIM links to “We Connect” and “We Connect Plus” online functions and services.

Inside the new Golf 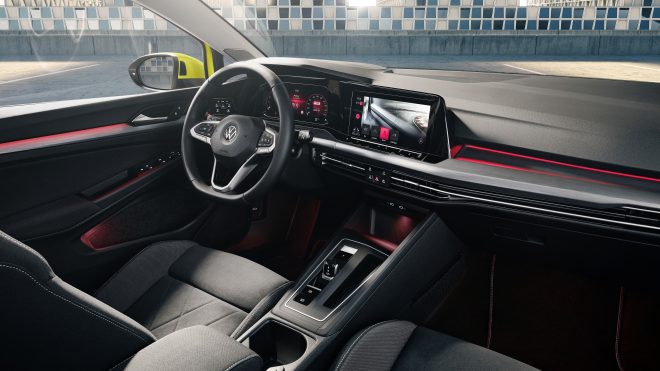 Interior of the new Volkswagen Golf is high-tech and very modern.

Expect it to have plenty of digital-everything.

“In a world where complexity is ever-increasing, the new Golf allows the driver to operate the vehicle intuitively,” said Volkswagen’s head designer Klaus Bischoff. 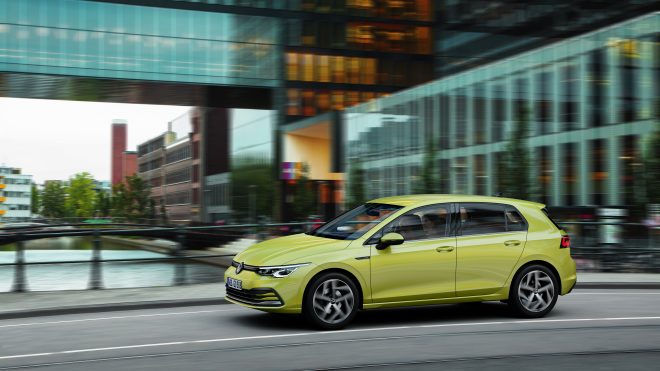 The new Golf gets 48V mild-hybrid tech for the first time, reducing emissions.

For the first time, the Golf gets 48V technology: a belt starter-generator and a 48V lithium-ion battery hooked up to the latest generation TSI engines.

According to VW, consumption has been cut by up to 10 percent on the WLTP cycle.

It will also be available as two plug-in hybrid drive variants: one producing 204hp with the GTE variant putting out 245hp.

Both Golf versions with plug-in hybrid drives will launch with a new 13kWh lithium-ion battery that enables electric-only driving of around 60km. 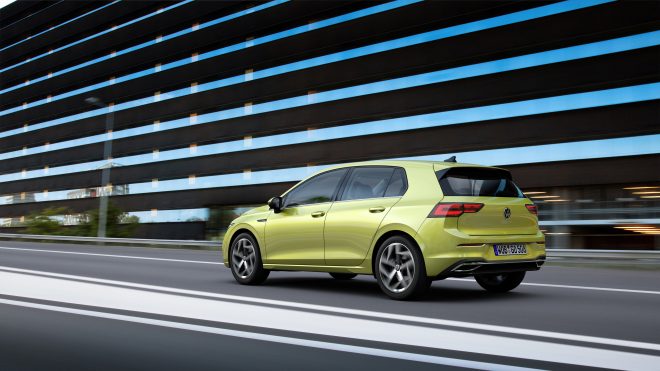 For good ole’ combustion engines, most likely to come to Singapore are the two four-cylinder petrol engines with 90hp and 110hp.

There are also two four-cylinder diesel engines with 115hp and 150hp respectively and a TGI (natural gas drive) with 130hp.

The new petrol engines have “particularly low consumption values and emissions”, VW says, thanks to features like the Miller combustion process.

Still smarting from Dieselgate, Volkswagen says its diesel engines are now far cleaner than before with the use of twin-dosing technology (two SCR catalytic converters).

That’s claimed to “significantly reduce” nitrogen oxide emissions (NOx) by up to 80 percent, VW says, adding  TDI consumption is down by “up to 17 percent” compared with its predecessor. 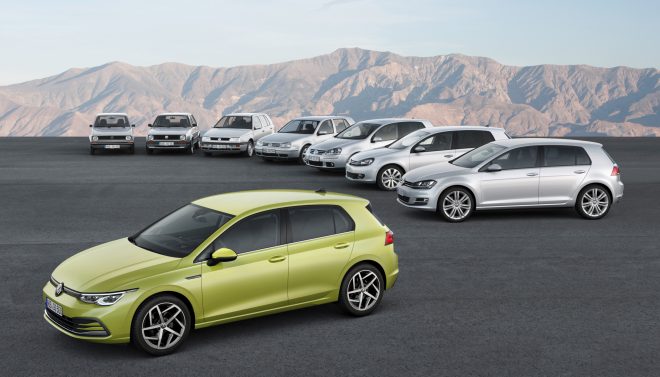 A view of all 8 VW Golf generations.

Some stats from Volkswagen regarding the new Golf.

According to them, the Golf Mk8 has over 2700 individual parts and components, joined by 962 wiring systems containing 1340m of cable.

That’s 31 wiring systems and about 100m of cable more than the Golf Mk7, underscoring its technical complexity.

Board member for production Dr Andreas Tostmann said the Golf Mk8 is “much more complex” than its predecessor.

“Nevertheless, we have cut average manufacturing time by about one hour. Because the Golf (Mk)8 belongs to the second-generation of MQB products, we achieved a significant reduction in production investments,” Dr Tostmann said. 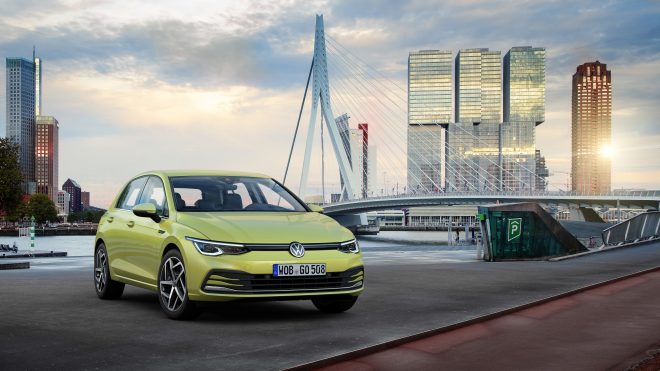 The world is inevitably moving to electrification and for VW, electrifying the Golf, its biggest seller, is the next logical step.

VW has been battling lawsuits related to its emissions cheating scandal, hurting its profits.

Moving towards electrification could help it leapfrog that turbulence and appeal to the more socially-conscious.

People think electrification is boring, but it could very well be the opposite.

Torque On The Move 2019 – The Volkswagen Edition

This is Volkswagen’s first all-electric car 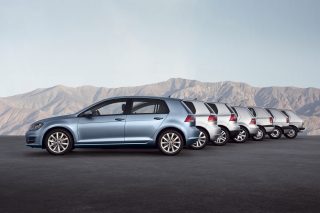 Happy birthday, Volkswagen Golf: we take a look at your life 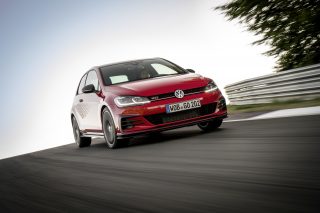 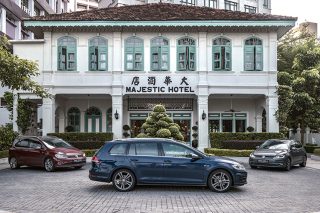 A Volkswagen Golf for every lifestyle

Happy birthday, Volkswagen Golf: we take a look at your life

A Volkswagen Golf for every lifestyle