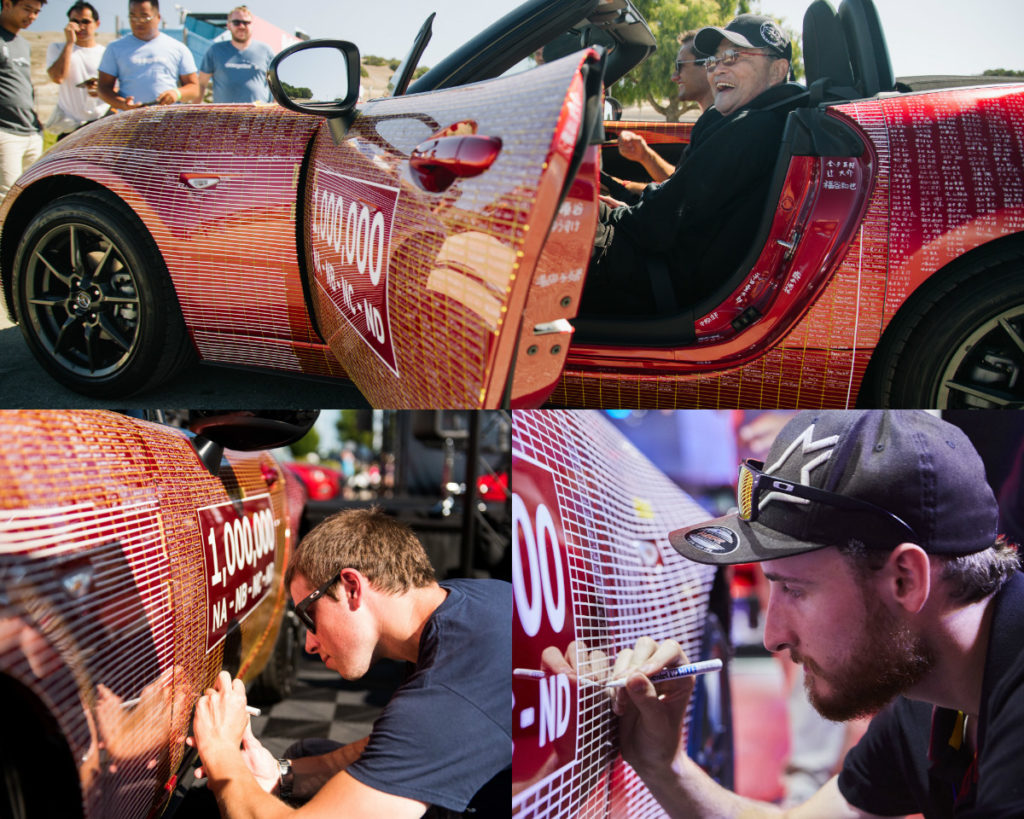 Mazda Motor Corporation announced that the One-Millionth Mazda MX-5 Miata, a commemorative model celebrating the production of one million units of Mazda’s iconic two-seater convertible sports car, has returned home after a year-long tour that saw the model exhibited at events for fans around the globe. The car arrived back at the company’s Hiroshima headquarters on 7 April, 2017.

Mazda organised the One-Millionth MX-5 tour to celebrate with fans the achievement of one million units and to thank everyone who has supported the model over the years. Over the course of the tour, the car was exhibited at 35 events in Japan, the UK, Spain, Germany, Belgium, Australia, New Zealand, Canada and the USA. Thousands of MX-5 fans signed their names on the bodywork.

“Seeing so many signatures from all over the world really brought home the fact that people from different countries, cultures and generations have supported the MX-5 for more than a quarter of a century,” said Masashi Nakayama, programme manager and chief designer of the fourth-generation MX-5.

“We are forever grateful to these fans, and we will continue working to elevate this car, a symbol of Mazda’s dedication to driving pleasure, to the realm of high culture as we set our sights on the next milestone – two million units.”

Read our first review of the fourth-generation MX-5.