Physical driving licences will no longer be issued in Singapore | Torque
Loading posts... 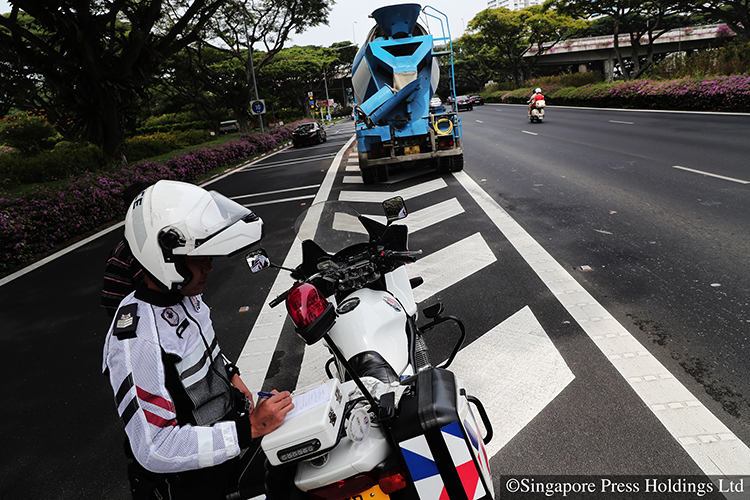 A Traffic Police officer issuing a summons to a concrete-mixer truck driver on East Coast Parkway. The driver did not have with him the permit required to drive the vehicle on expressways.

The Road Traffic Act will be amended so that motorists will no longer be required to surrender their physical licences if they do not have one, she added.

Speaking in Parliament during the second reading of the Road Traffic (Amendment) Bill, Ms Sun said the Traffic Police no longer rely on physical driving licences to ascertain an individual’s driving qualifications as they can access the information using the person’s NRIC and date of birth.

Other proposed changes, previously announced by the Home Affairs Ministry, include making clear in the law that a motorist’s driving licence will be suspended or revoked four weeks from the date of notice, even if the motorist’s appeal is still being processed.

This is because currently, some errant motorists delay the suspension or revocation of their driving licences by misusing the appeals mechanism, said Ms Sun.

Where possible, the police will process and respond within two weeks of receiving an appeal, she added.

Asked by Ms Rahayu Mahzam (Jurong GRC) whether Traffic Police will extend the four-week notice period in exceptional cases, Ms Sun said they will be able to do so only for motorists to attend the Driver Improvement Point System Retraining Course.

The Bill also proposes that the licence suspension period be lengthened from the current three years to up to five years to deal with serial offenders.

For example, motorists with six or more suspensions will have their driving licence suspended for five years.

Last year, there were seven motorists who had six or more suspensions, said Ms Sun.