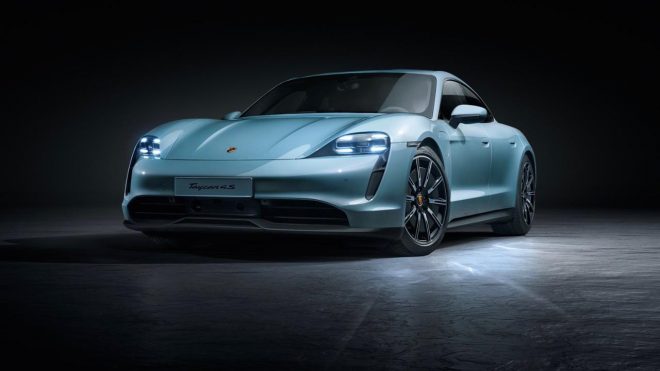 But anyway. What’s different is that the Taycan 4S comes in two states of tune, or for an electric vehicle, two battery sizes.

What’s the difference between the two Taycan 4S models? 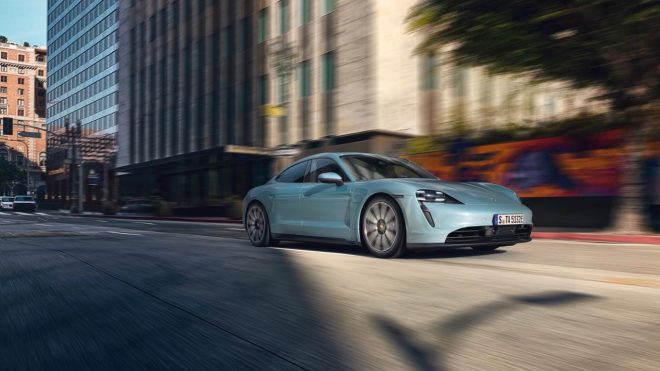 A single-deck Performance battery with a capacity of 79.2kWh comes as standard.

If you desire more, the two-deck Performance battery Plus (from the Taycan Turbo S and Taycan Turbo) is optionally available with a 93.4kWh capacity.

With the Performance battery, the Taycan 4S generates up to 523hp overboost power output.

Equipped with the Performance battery Plus, it delivers up to 563hp.

In both variants, the Taycan 4S accelerates from a standing start to 100 km/h in 4 seconds, with both variants topping out at 250 km/h. That’s still serious performance. 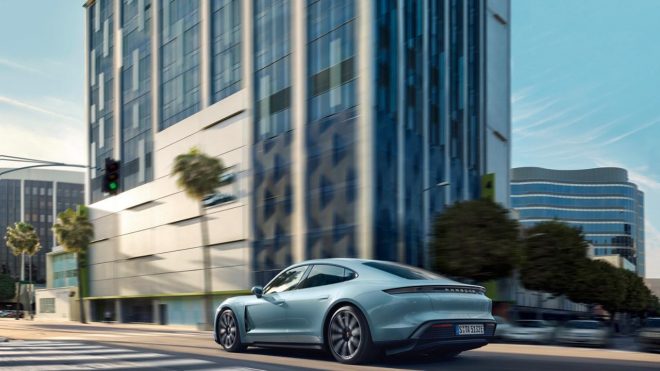 Obviously, you’re not getting the same level of engineering as the Taycan Turbo and Turbo S, and the Taycan 4S has some differences with them.

For one, the permanently excited synchronous machine on the rear axle has an active length of 130mm, 80mm shorter than the corresponding drive component on the Taycan Turbo S and Taycan Turbo.

What else is different? 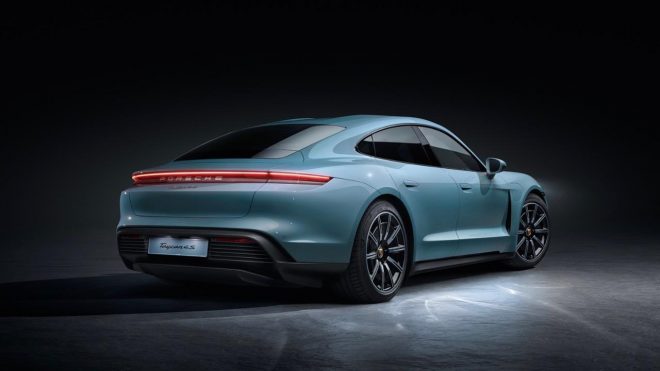 Distinguishing features of the Taycan 4S compared with the Turbo and Turbo S include the aerodynamically optimised 19-inch Taycan S Aero wheels and the red-painted brake callipers.

The front apron with new geometry, side sills and rear diffuser in black are also different from the two higher-end cars.

But you don’t lose out on much, as LED headlights including Porsche Dynamic Light System Plus (PDLS Plus) are equipped as standard.

Coming as standard is also a partial leather interior as well as front comfort seats with eight-way electrical adjustment.