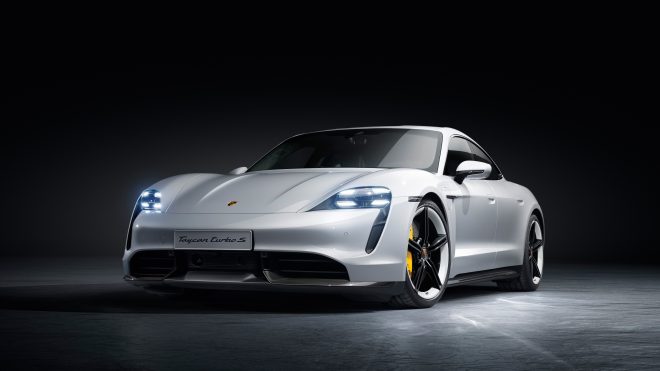 After many leaks and teasers, the Porsche Taycan has finally been revealed to the world.

At long last, the Porsche Taycan is upon us.

One of the most powerful electric cars – and indeed, any car – ever made, the Taycan is a watershed moment for Porsche. The rear of the Porsche Taycan.

It’s been built from the ground up to be one of the fastest EVs in the world, and to point the way forward for the German automaker.

“The Taycan links our heritage to the future,” said the chairman of Porsche’s executive board Oliver Blume, adding that the launch “marks the start of a new era”.

In Singapore, the car is currently undergoing homologation according to Porsche’s website, but we don’t think they’re too far off.

What Taycan versions are there? 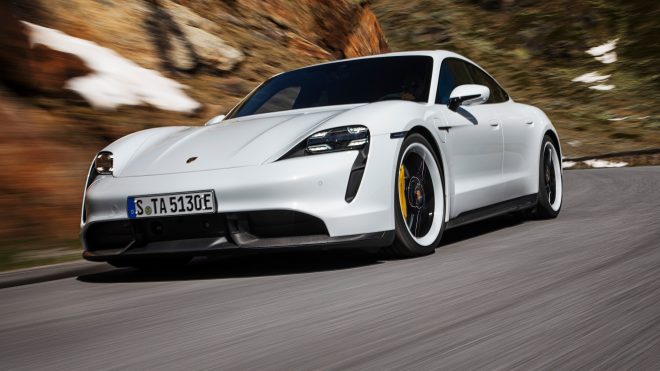 First to launch are the confusingly-named Turbo S and Turbo.

Confusing because, erm, how do you turbocharge an electric car?

Regardless of their names, both are incredibly powerful cars as their performance figures show. 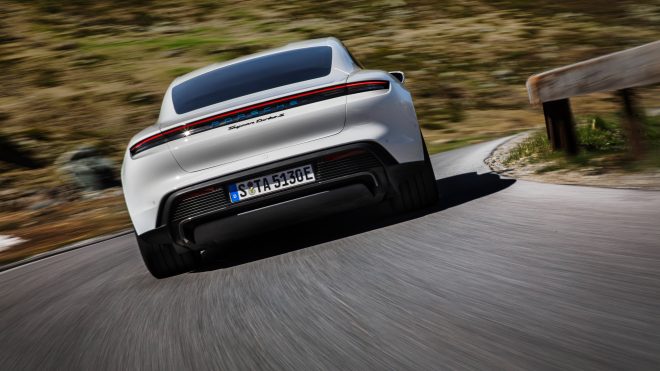 The top speed of both models is 260km/h, the “low” top speed being a limitation of electric vehicles in general, even with the Taycan’s bespoke gearbox.

Tl;dr if you don’t care about any of the above 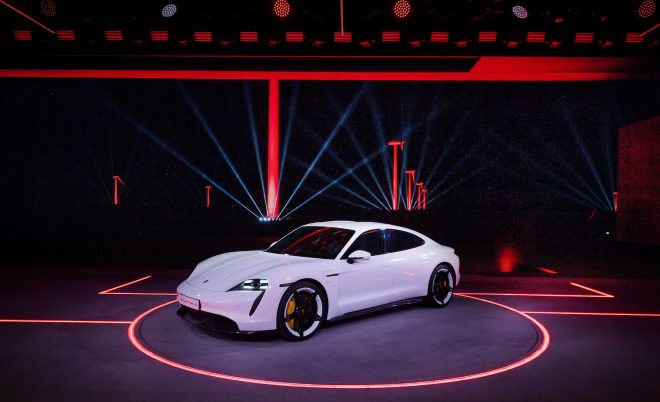 Before we bore you, here are five fast facts about Porsche’s Tesla-killer that you need to know:

1. The Taycan is the first production vehicle with a system voltage of 800V instead of the usual 400V for EVs. That’s an advantage: in just over five minutes, you get enough juice via direct current (DC) charging to run another 100km.

3. The stator coils in the electric motors have “hairpin” winding, which allows them to have more copper in the stator, increasing power output and torque while maintaining the motor’s size.

4. The Taycan’s interior is entirely leather-free. It’s instead constructed from recycled materials that Porsche says underscores the sustainable concept of the electric sports car.

5. No engine, more space: the front luggage compartment has a capacity of 81 litres and the rear’s is 366 litres.

Check out this handy graphic of the Taycan.

Porsche Macan will be fully electric in the next generation

This is Volkswagen’s first all-electric car