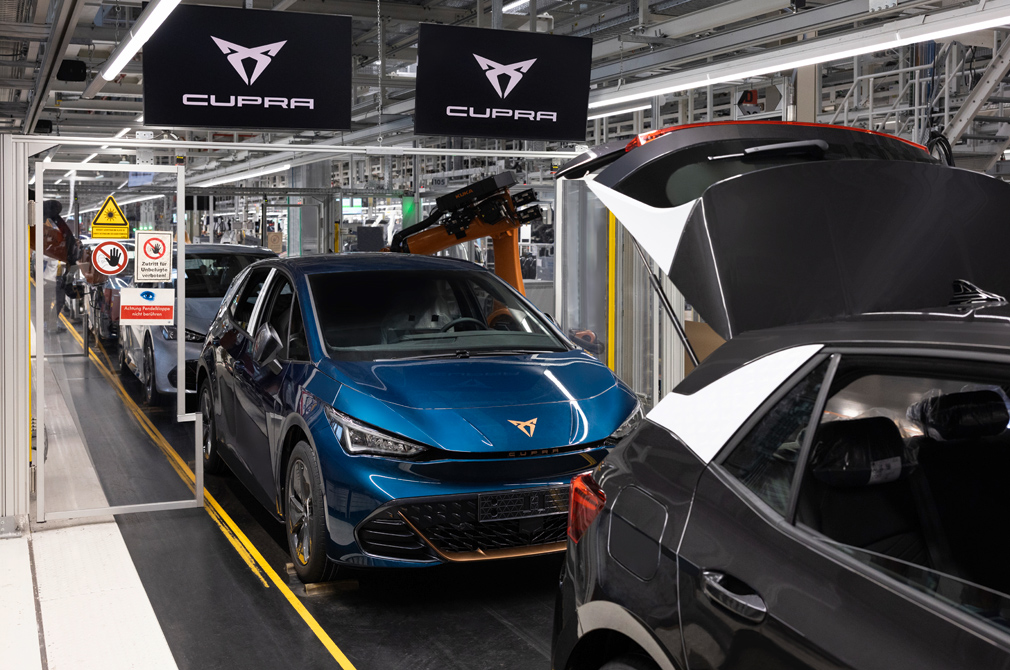 Cupra has begun series production of its first 100% electric car, the Cupra Born. The new car is being assembled at the Volkswagen Group’s Zwickau plant in Germany.

The car marks the start of a new era for Cupra, which at the 2021 Munich International Motor Show announced an ambitious electric offensive.

The firm additionally plans to become a fully electric brand by 2030.

With the new Cupra Born, the Seat aims to increase the Cupra mix to 20% of the company’s overall sales.

Plans are also underway for the Cupra brand to reach new international markets with this new electric product.

The Cupra Born is expected to hit European markets come November. Cupra states that alongside the car will come a new distribution strategy, described as changing the relationship between the customer and the car.

Customers will also have the option to contract the car through a subscription model.

Back in Germany, fans of Cupra can rest assured with the Zwickau plant’s vast manufacturing ability. With a daily output of up to 1400 vehicles, the German plant also has an annual production capacity of around 330,000 electric cars, making it the largest electric car factory in Europe.

The company has additionally assigned a team of engineers to Zwickau to monitor the production of the Cupra Born.

The firm says that the engineers will also be gathering experience here for the future production of electric vehicles at the Martorell plant.

Cupra has yet another all-electric city car in the wings! Find out more about the Cupra UrbanRebel here
Or if you want your Cupra hatchback here and now, there’s also the new Cupra Leon to read about here