What might be a good early Christmas present for a world-famous rallying legend such as Rauno Aaltonen at the end of a year dominated by lockdown?

MINI knew just what, greeting the winner of the Monte Carlo Rally in 1967 in a classic Mini for a yuletide surprise.

The 82-year old has spent the last right months at home due to lockdown regulations. No outings onto the rally track, no tests of strength in historic competitions, no practice training sessions instructing young learners with a passion for motorsport. 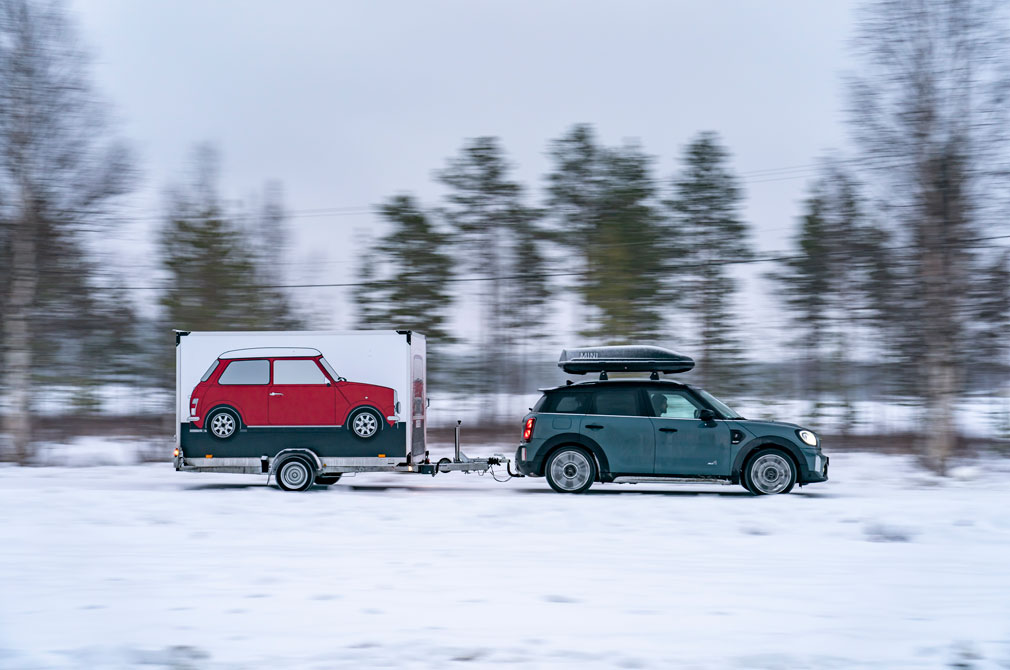 The classic MINI was delivered via a trailer towed by a MINI Cooper S Countryman.

But unknown to Rauno Aaltonen, the people at MINI had a brilliant idea for an advent gift of a very special kind.

A motorised “sleigh” on wheels was dispatched northwards. An enclosed vehicle trailer loaded with a classic Mini and towed by a MINI Cooper S Countryman embarked on the long journey to northern climes.

The destination for the advent mission was Rovaniemi – the main city in the Lapland region, known the world over as the “official residence of Santa Claus”. 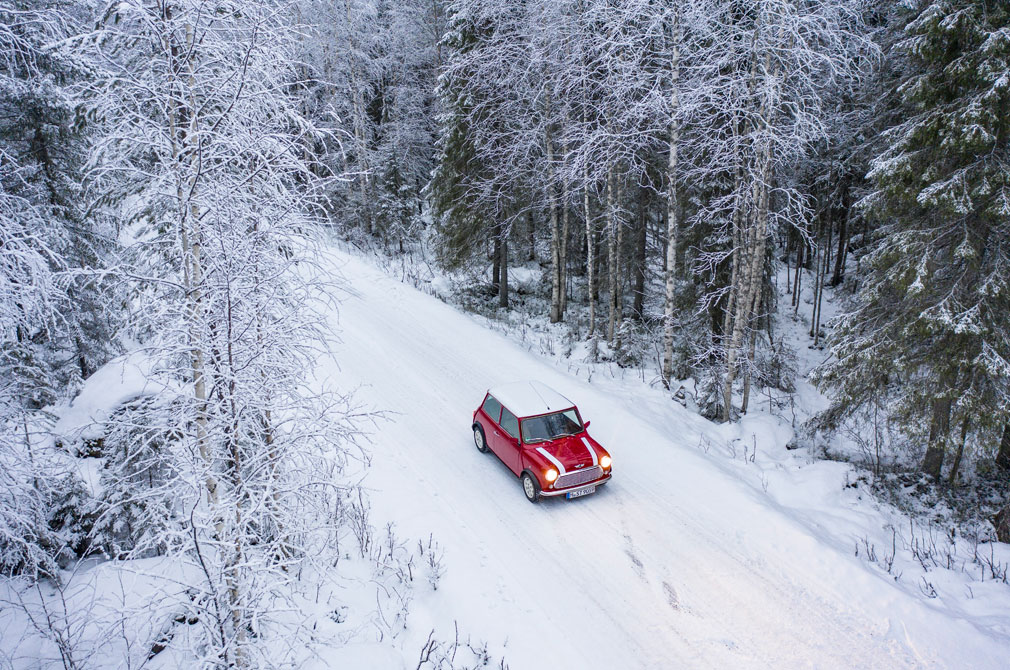 Rauno Aaltonen tearing up the Finnish forests in his yuletide surprise.

They presented the offering with warmest season’s greetings from Munich, socially distanced of course, and the transporter opened up as if by magic.

The trailer was decorated with a picture of a classic Mini, leaving no doubt about its content, but Rauno Aaltonen was visibly moved when the red classic car with the white roof rolled out.

However, he didn’t lose much time. A little while later, high arcs of snow flew in all directions and the old master sped off, drifting as he went, on an extensive tour through snowy Finnish forests.

Click here to find out more about the MINI range
We drove the 1997 Mini Cooper and 2016 MINI Cooper back to back!
Want to catch of bit of the classic MINI go-kart handling yourself? Read our review of the MINI Electric here!