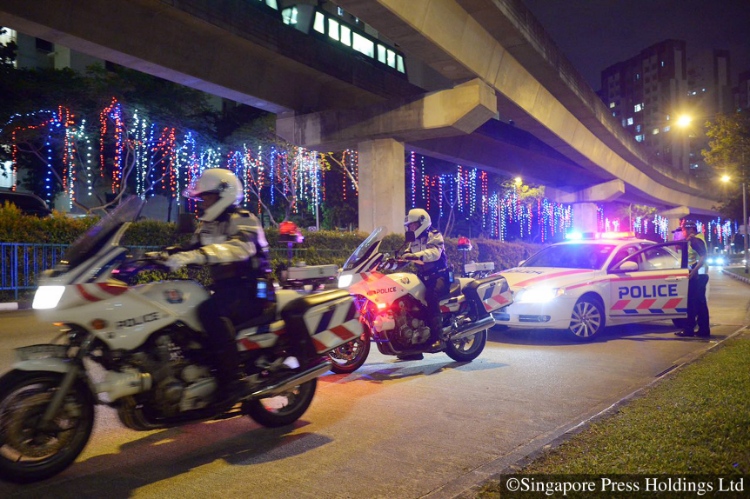 Penalties under the changes that result in motorists’ licences being suspended or revoked will take effect in the second half of next year, said the Ministry of Home Affairs (MHA) on Friday (Oct 25).

Under the changes to the Road Traffic Act passed in Parliament in July, the duration of the sentences will depend on the extent of harm caused by errant motorists.

The harm caused is categorised such that death is the most severe, followed by grievous hurt, hurt and endangering life.

For instance, repeat offenders who drive dangerously causing death will face a maximum of 15 years’ in jail. This contrasts with the present penalty of up to five years’ jail for repeat offenders.

In addition, a first-time or repeat offender faces the prospect of being suspended from driving immediately and having to forfeit his vehicle, as well as being disqualified from driving for 10 years.

Under the amended Act, irresponsible driving offences will be classified into two offences: reckless or dangerous driving, and careless driving, which involves driving without reasonable consideration.

Dangerous driving involves the motorist driving even though they should have known they were not in the right condition to, while careless driving penalises the motorist for not exercising caution when the road situation demanded it.

Any motorist who commits either offence under the influence of alcohol or drugs will be liable for additional penalties, which will run consecutively.

Motorists who demonstrate extremely poor driving behaviour such as drink driving, driving against the flow of traffic, swerving across lanes at high speed, and speeding past pedestrian crossings when one does not have the right of way, will be imposed with heavier imprisonment terms and fines.

MHA said that due to the increase in the range of offences which entail minimum disqualification, immediate suspension, and vehicle forfeiture, irresponsible motorists will be “kept off the roads for longer periods of time and in a more timely manner”.