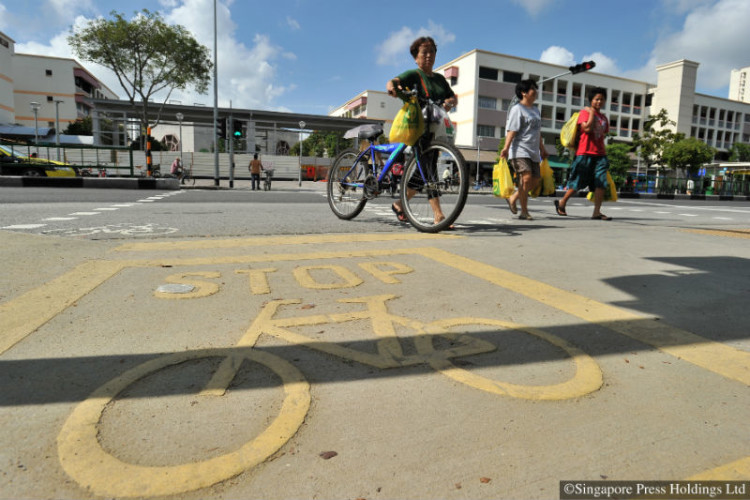 Cyclists in Singapore have it hard. On the road, they are the lightest and least protected road users. On pavements and the ever-expanding Park Connector Network, they are the heaviest, and therefore have a responsibility to look out for more vulnerable pedestrian traffic. In that context, they are perceived as inconsiderate and aggressive bullies.

Park connectors and parks have cycling paths, but mostly for leisure-biking. For those who cycle as an alternative to public transport and those for whom cycling is a serious hobby or exercise, they are forced to share paths and roads with other users who aren’t always welcoming of their presence.

There is also a deeper problem with the demographics of victims of cycling accidents. Far too often, they are young children and the vulnerable elderly.

In some instances, cyclists put themselves at risk by failing to observe basic rules and safety, such as riding recklessly across zebra crossings (in the first place, they should not be riding but dismounting and walking with their bicycles), riding at night without headlights or reflectors in the rear, riding against traffic and so on.

Motorcyclists on roads and expressways are similarly vulnerable. Motorcyclists and their pillions form a disproportionately large component of fatal road accidents.

The most recent immediate example was of the Toyota Vios who cut off, then jammed his brakes within the Marina Coastal Expressway, causing the motorcyclist to swerve and slide, throwing him and his pillion rider wife off their vehicle, dangerously onto the road where other cars could have easily run over them.

Those who drive cars, on the other hand, are quick to seize upon what they perceive as the arrogant and irresponsible behaviour of two-wheeled fellow road users – sometimes, as in this last incident, goading and behaving irresponsibly themselves to precipitate accidents in a passive-aggressive form of road rage.

The result is a road dynamic that borders on the toxic.

Cyclists vulnerable to cars and other vehicles may behave in an unruly fashion themselves, believing they deserve some special consideration. Through the power of social media, we are visually treated to a close-range look at how some cyclists ride dangerously through traffic and, in more than one instance, behave aggressively towards automobile drivers – bicycle rage, if you will.

Watching these videos, I am reminded of how chihuahuas yap away at dogs many times their size and weight. But that is the debilitating effect of rage. It blinds us and impairs our judgment of our vulnerability.

Motorcyclists are sometimes seen to be weaving in and out of lanes and in between vehicles impudently as if they were in a video game.

And then there are the motorists.

How often have other drivers had to avoid other cars who blissfully cross dotted lane dividers, for no apparent reason than poor concentration or poor driving habits? Despite all the warnings and penalties, mobile phone usage further exacerbates this tendency.

And let’s not forget pedestrians, who can behave as though it is the responsibility of drivers and cyclists to watch out for them, and not them, often engrossed in their mobile devices.

And those powered versions of the foot pedal kick scooters that we are seeing more of provide another source of irritation and danger to pedestrians.

What, really then, is the problem on our roads?

It’s not poor planning or infrastructure for we have some of the best built and maintained roads in the world.

The problem is all of us, who are at different points in time, cyclists, motorcyclists, motorists and pedestrians. We are often too self-absorbed and pre-occupied, at the expense of our own safety and that of those around us.

The solution therefore starts with us.

If each of us would stop looking at someone else’s poor behaviour to excuse and blind ourselves to our own lack of mindfulness, consideration and courtesy to other road users, we can individually stop contributing to the problem, and become part of the solution.

As more of us take our eyes off our mobile devices and consciously try to be more aware of other road users, collectively we can, even without help from the authorities, transform our roads from war zones to safer functional infrastructure.

There are policy decisions to be made as well.

Suggestions for dedicated cycling lanes are too easily dismissed as being impractical in land-scarce Singapore. But these are not insurmountable problems.

Singapore has demonstrated a considerable talent for engineering solutions, and it is time that some of that talent be applied to making our roads safer for all users.

The authorities also should not shy away from making and enforcing clear and unambiguous laws.

With new twists (the powered scooters mentioned earlier), new habits (cycling as transport, hobby and exercise), and yes, new residents (who may not be familiar with the road rules here), our authorities need to step up and take the lead in education and enforcement, for the benefit and safety of all road users.

Just as importantly, road users should remember that our roads and pavements are shared spaces, and require each of us to remain mindful of their communal purpose.

Even as we call on our authorities to offer better solutions, we must rely on ourselves acting in simple kindness, graciousness and consideration.

Indeed, on our roads as well, a nation of kindness starts with me.

(Related: Motorists and cyclists can coexist)