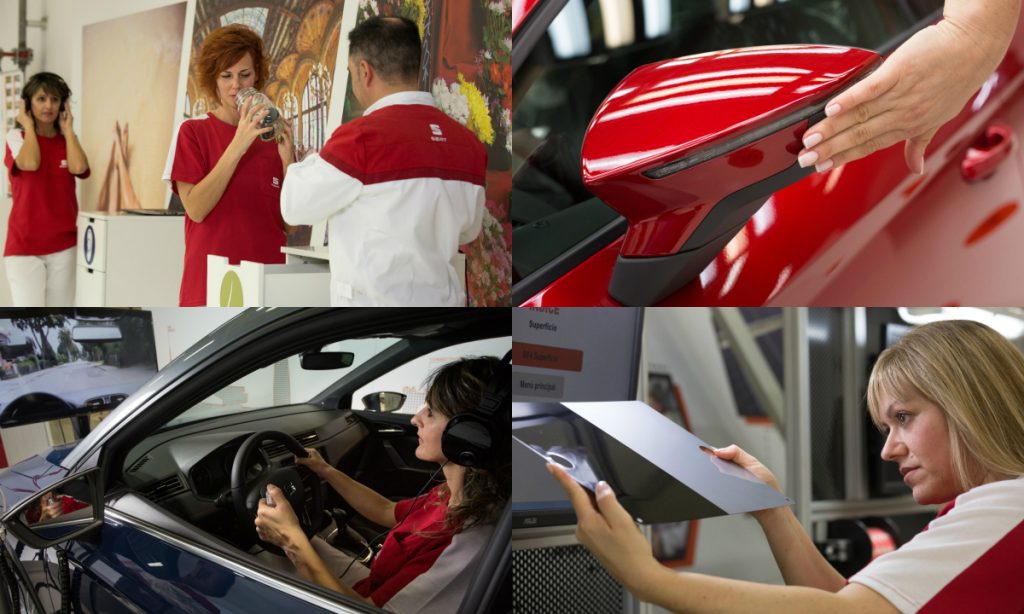 Smell, touch, hear and see the quality of the Seat car.

Seat has established a Sensory Training Centre to help employees in its Quality department hone their senses. The special training course to boost sight, hearing, touch and smell has been adopted at its Barcelona headquarters – where its cars are built – to support the specialists responsible for the final inspection of vehicles before they leave the factory.

Human beings can detect more than 10,000 different smells, hear sounds with frequencies of between 20 and 20,000 Hz, and distinguish millions of colours. Although the senses are largely an innate capacity in people, they can be trained to learn how to optimise them.

Despite the rise of automation and robotics across the industry, the human touch is deemed essential to maximising quality. Employees who visit the Seat’s Sensory Training Centre undertake practical exercises and training to refine their perception ability.

“It’s smooth and round. I’d say it’s a ball,” says one of the participants as she conducts a touch test while blindfolded. Opposite her is Alvaro Nino, the lead teacher of the course at the Quality Training Centre. The goal is to perfect their perception abilities “so they can learn how to use them when they inspect the quality of the vehicles” throughout the manufacturing process, explains Alvaro.

The training consists of practical exercises such as smell tests. The students have to identify whether the smell of the leather or plastic is suitable. They are also asked to identify smells of daily life – for example, of aromatic herbs such as lavender. When it comes to hearing tests, the participants have to detect possible discordant sounds in a simulator.

“Detail-oriented, observant, perfectionist and precise” are the traits that characterise these visual experts, according to the teacher. Following their training, they are able to detect “deviations of 1 millimetre or slight colour variations that are difficult to perceive at first sight”, confirms Alvaro. Around 260 employees will be attending this course, including new as well as current personnel, who will update their knowledge every two years.

Roughly 2300 Seat cars are inspected daily. In order to accurately verify the quality of the cars, the team performs an inspection routine around each vehicle that lasts eight minutes. They inspect the inside and outside, and make sure that the doors and boot close correctly so they can give the car the “Q” for quality before it leaves the production line. In the Martorell factory, 2000 robots in the Sheet Metal workshop and 125 autonomous robots in workshops 9 and 10 work side by side every day with the 7000 workers.

“We have the tools, we have the technology, but we can never replace the human element”, concludes Alvaro. 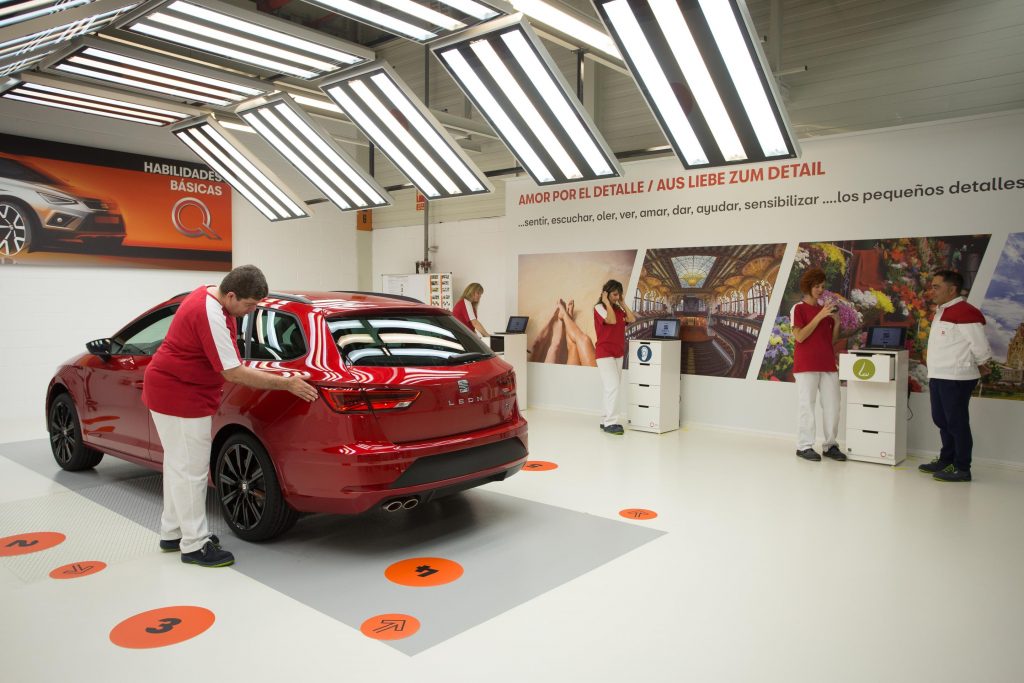 Can your car pass the taste test?