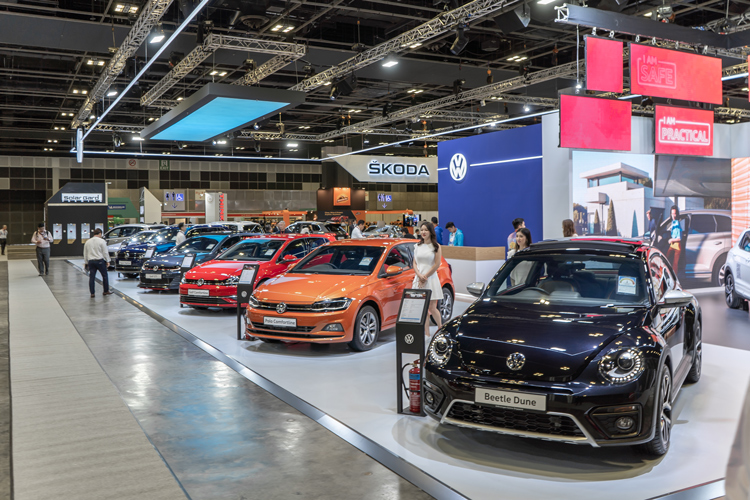 The Singapore Motorshow 2020 is taking place from January 9 to 12. There are plenty of new machines on display, from everyday runabouts to sports cars and electric vehicles.

Here are our top 10 favourites at this year’s show. 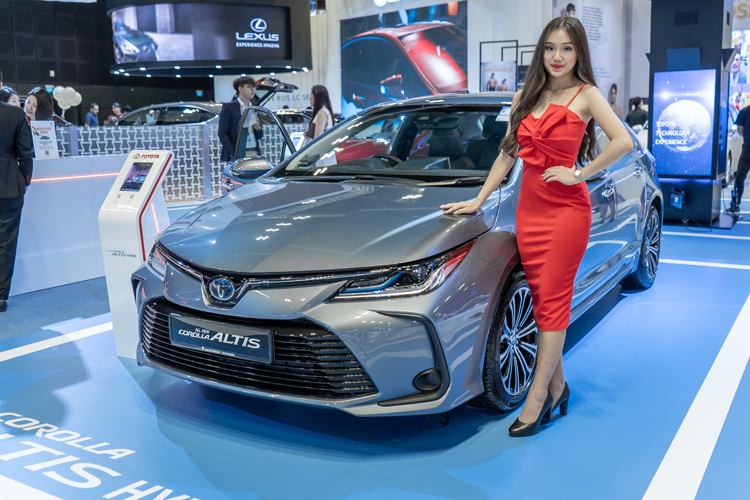 Sure to be a crowd-pleaser at the Singapore Motorshow 2020 is the all-new, 12th generation Corolla Altis. Its more dynamic design is clearly inspired by its larger sibling, the Toyota Camry.

The cockpit is cleaner and neater than before, with a tidy dashboard. New equipment includes rear air-con vents and Toyota Safety Sense, a suite of safety features.

The rear suspension is a double wishbone setup. It’s unique in this segment, whose contenders usually have torsion beams.

The Hybrid has a 1.8-litre petrol-electric drivetrain. It can manage up to 22.7km/L. Prices for the Toyota Corolla Altis start at $96,888 incl. COE. 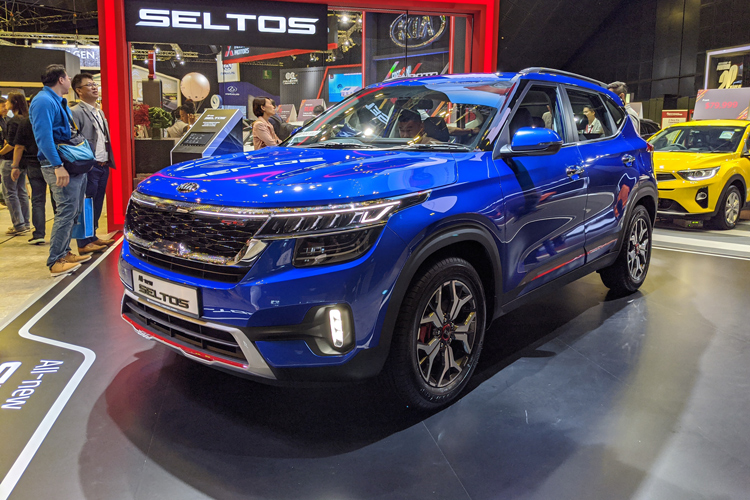 Heating up the competition in the crossover segment at the Singapore Motorshow is the Kia Seltos. It’s a five-seater CUV that will hit the roads in Q1 2020.

The Kia Seltos will be available in EX and GT variants. Both will be powered by a turbocharged 1.4-litre inline-4 delivering 138hp and 240Nm. 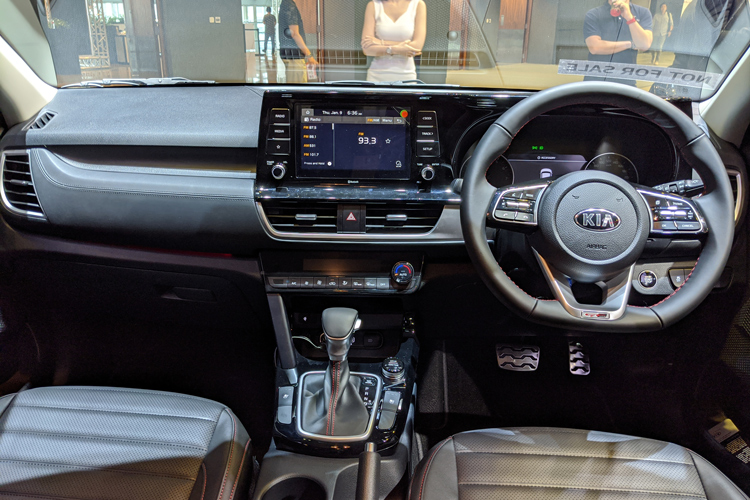 The Seltos also has Terrain Drive Mode. This lets drivers alter how much power is delivered to the front wheels to maximise traction.

Prices for the Kia Seltos will be confirmed after the car is locally homologated. But according to a Kia source, it is expected to cost around $115,999. 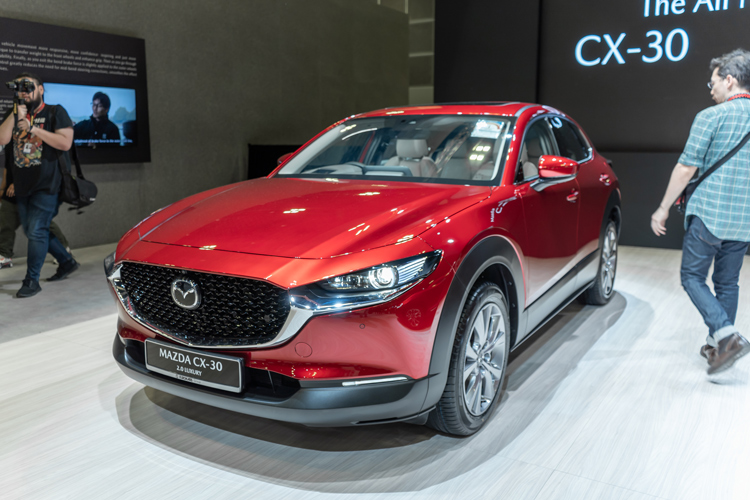 Debuting at the Singapore Motorshow is the Mazda CX-30, a crossover sitting between the CX-3 and CX-5 models. When we tested it overseas last year, it impressed with its build quality, refinement and handling. 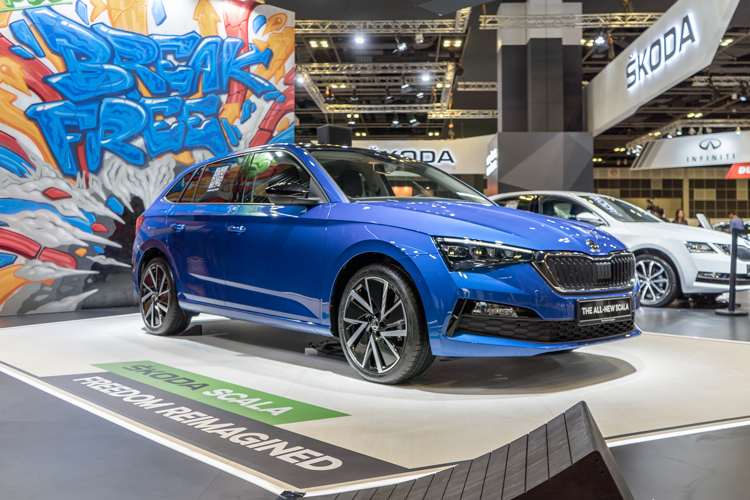 At the Singapore Motorshow, the Skoda Scala is taking the fight to parent company Volkswagen and its iconic Golf.

In fact, the name Scala comes from the Latin word for “ladder”. That shows Skoda’s intention for this hatchback.

Expect to see a high-tech cabin with a “floating” infotainment display and generous rear legroom.

The boot capacity is the largest in its segment. There’s 467 litres with the rear seats up and 1410 litres when they’re folded. Prices for the Skoda Scala will be revealed at a later date. The Lexus LC is not a new model. But as the 2017 Straits Times Car of The Year, it remains significant in our books.

The Special Edition model on display at the Singapore Motorshow has unique Nori Green paintwork. Inside, the cabin is upholstered in Saddle Tan and Black Amber. 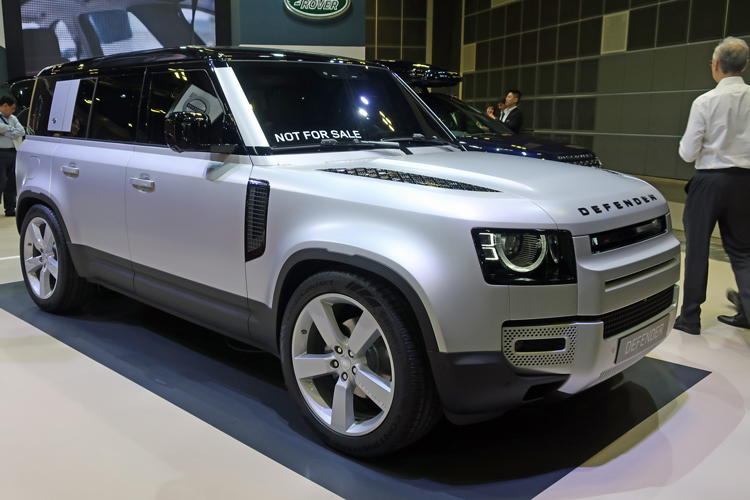 When it comes to off-roaders, few are as iconic as the Land Rover Defender.

While the previous Defender is raw and capable, the new one adds technology and refinement to the mix.

As an ode to its predecessors, the new Land Rover Defender’s interior is “stripped-down” and functional. Up to six occupants can be accommodated.

For off-roading duties, the Defender can be equipped with ClearSight Ground View and Configurable Terrain Response. The Defender will be available in Singapore in the second half of 2020. 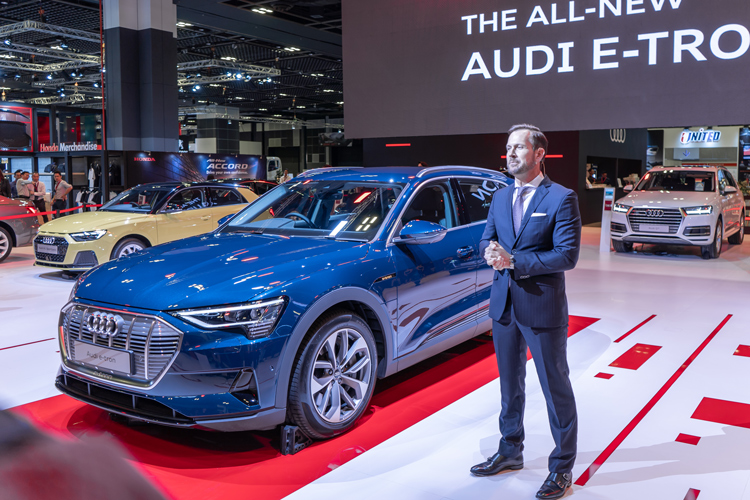 The Audi e-tron is the brand’s first pure electric vehicle, and it’s on display at the Singapore Motorshow. Design-wise, it looks like a cross between the Audi Q5 and Q8 SUV models.

Audi says that the e-tron has a range of “over 400km”, as measured by the WLTP cycle.

The electric motors are capable of 356hp and 561Nm. In Boost mode, these figures rise to 402hp and 664Nm, with the century sprint finished in 5.7 seconds. 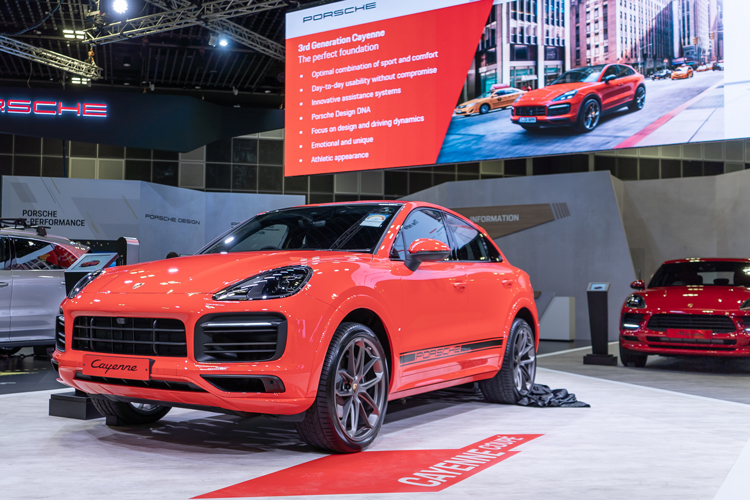 The Porsche Cayenne is already seen by many as the “sports car” of SUVs. Well, this variant might just take that unofficial title for itself.

The Cayenne Coupe has a steeper roofline, integrated rear spoiler and panoramic glass roof as standard. As a “coupe”, its rear only seats two instead of three. 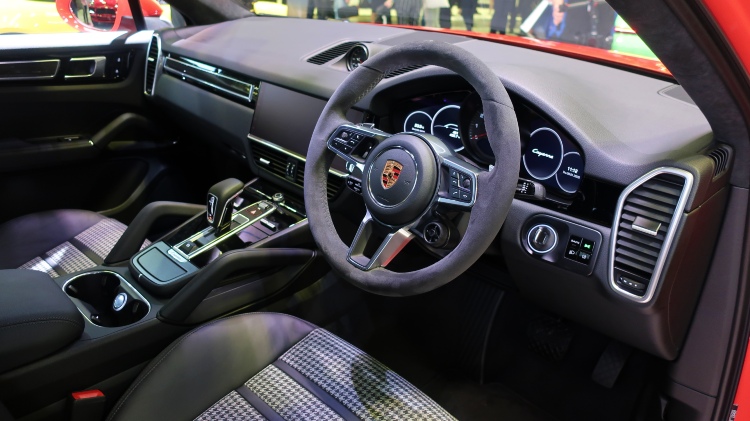 As announced at the Singapore Motorshow, the Porsche Cayenne Coupe is available in three variants. 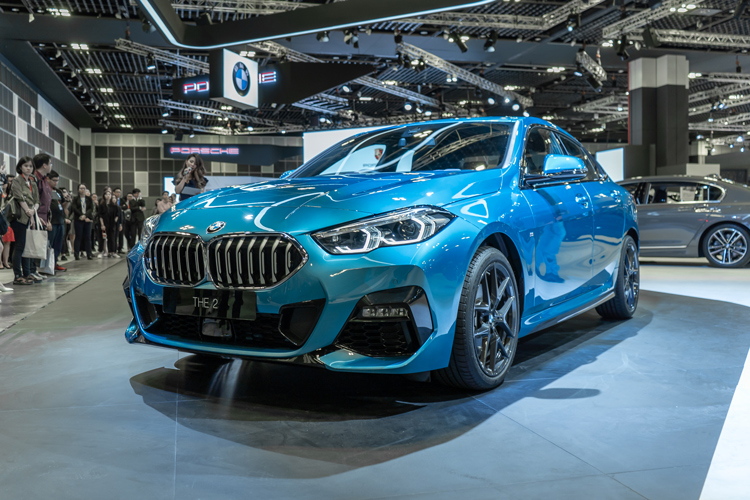 The BMW 2 Series Gran Coupe is the carmaker’s latest addition to the 2 Series line. It is also the smallest “four-door coupe” in the brand’s range.

To buyers, however, the 2GC can be considered as a “1 Series saloon”. (There is an actual 1 Series saloon for the Chinese domestic market.) 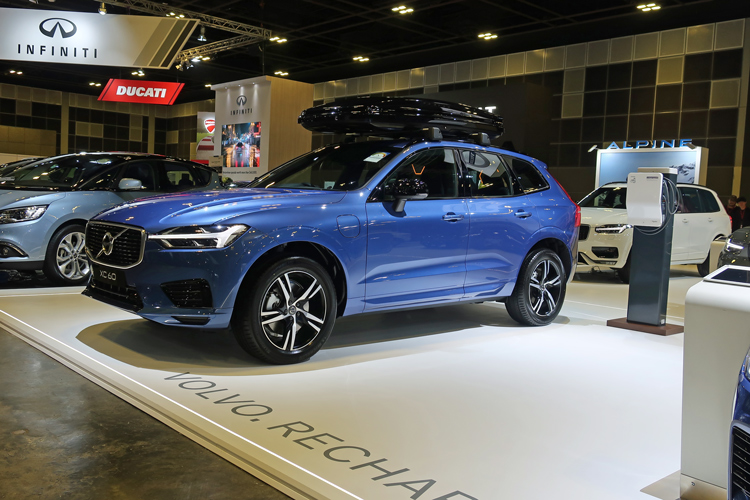 The Volvo S60 T8 and XC60 T8 are plug-in petrol-electric hybrids that were launched at the Singapore Motorshow. Their drivetrains consists of a turbocharged and supercharged petrol engine paired to an electric motor.

Unlike regular hybrids, plug-in hybrids can be plugged into a charger to charge its batteries. This gives it more range than a conventional hybrid, too.

Performance-wise, the S60 T8 and XC60 T8 are currently the most powerful Volvo models in Singapore. Their petrol-electric drivetrains deliver 402hp and 640Nm of torque. 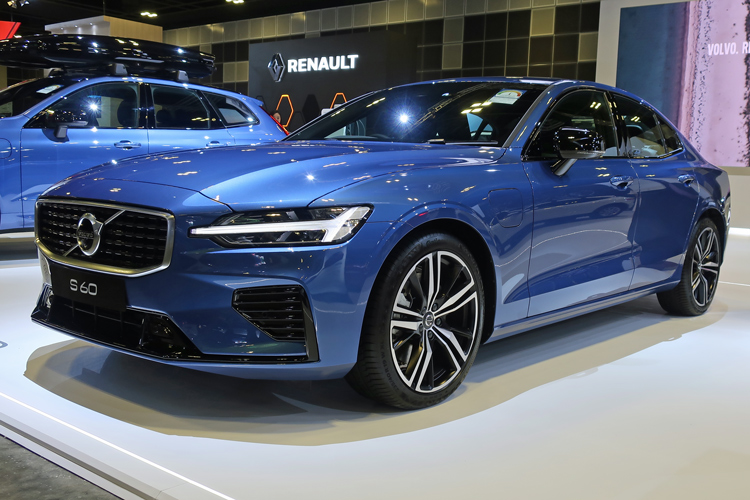 Volvo plans to introduce its first pure electric car, the XC40 Recharge, in 2021.