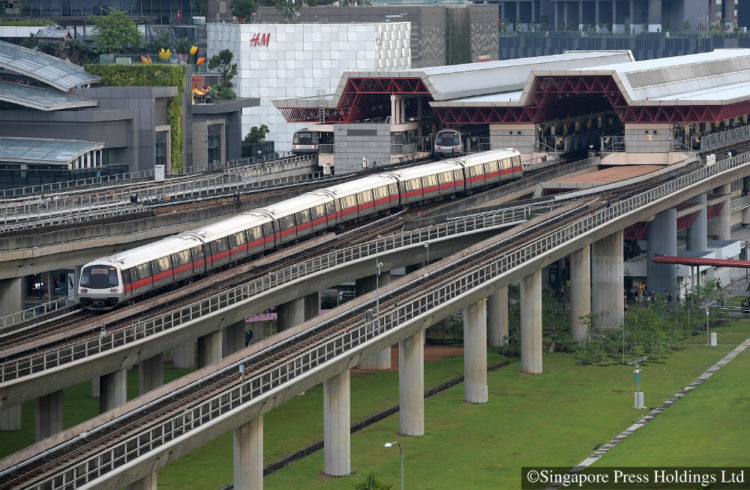 The lines are the North-South Line (NSL) and the East-West Line (EWL).

In a post on the SMRT blog, SMRT Trains managing director Lee Ling Wee wrote: “We expect these to reduce significantly after we successfully migrate our ageing signalling system to the new Communications-Based Train Control (CBTC) system.”

Faulty signalling hardware on a train was responsible for the mysterious interference that led to multiple delays on the Circle Line in late August and early last month, leading to slower train speeds and reduced service frequency.

The signalling systems on the NSL and EWL are now being upgraded to the new CBTC system.

This upgrade, which started in 2012, will allow trains to run at shorter intervals of 100 seconds, instead of 120 seconds now, thus increasing train frequency and easing crowds in trains.

The delays this year were measured up to last month. Similar CBTC systems are already in use on the newer North-East and Circle lines.

In October, SMRT said the re-signalling project would be completed in the first quarter of next year for the NSL.

In August, the operator said it expected the EWL project to be completed by 2018.

SMRT said the new signalling system will be activated on the NSL in the second half of next year, and on the EWL in the first half of 2019.

Related story: Will passengers automatically be allowed to detrain if the train is stuck in a tunnel?
Related story: Land Rover Discovery Sport pulls a train