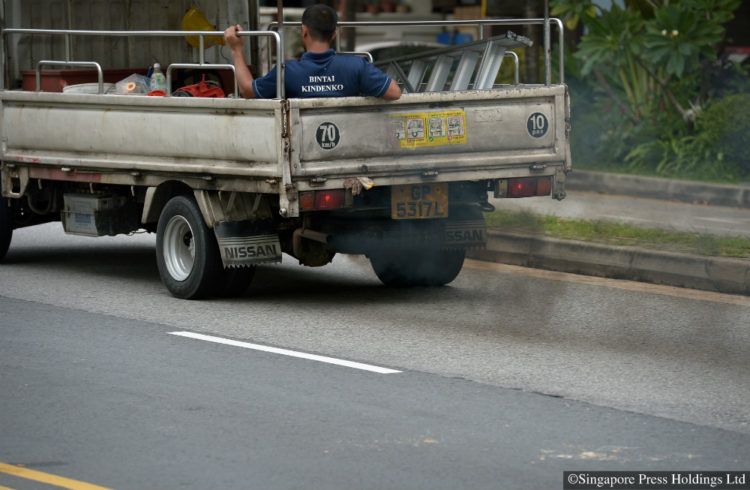 A new Vehicular Emissions Scheme (VES) effective from Jan 1 next year is likely to see more cars slapped with tax surcharges and, quite possibly, the death of diesel models.

The new scheme, administered by the National Environment Agency and announced by Minister for the Environment and Water Resources Masagos Zulkifli yesterday, will be far stricter on carbon dioxide emissions, and will include checks on four other pollutants – hydrocarbons, carbon monoxide, nitrogen oxides and particulate matter.

Diesel models tend to produce a lot more of the last two pollutants, and the impact on their prices could squeeze them out of the market, experts said.

Stressing the importance of clean air, the minister said the World Health Organisation had reported that every year, air pollution killed more than half a million children. “Diesel vehicles are a major source of local air pollution, especially particulate matter and nitrogen oxides,” he said.

Models will be banded according to their worst-performing pollutant. Diesel models, with their comparatively low carbon dioxide levels that would have qualified them for rebates, are likely to be slapped with hefty surcharges because of their relatively high nitrogen oxide and particulate matter emissions.

Many popular petrol cars that qualify for $5000 or $10,000 tax breaks today will fall into the neutral band, where no rebate or surcharge is applied.

As of now, only electric models are likely to qualify for the top rebate of $20,000 and $30,000 for cars and taxis, respectively. There will, however, be a grid emission factor to take into account the carbon dioxide generated for electricity to charge these battery-powered vehicles.

Mr Masagos also announced that petrol vehicles in use today will have to pass stricter inspections from April 1 next year.

Most of these vehicles will have to emit less carbon monoxide than now, and will have to meet a new hydrocarbons cap. For instance, any car registered from April 1, 2014 should have a carbon monoxide composition of no more than 0.3 percent in its emissions, and a hydrocarbon make-up of no more than 200 parts per million at an engine speed of 2000rpm.

Mr Masagos said: “These standards are designed to be easily met by properly maintained vehicles.”

Meanwhile, the Early Turnover Scheme will offer bigger carrots to entice fleet owners to replace their older light diesel commercial vehicles with those that comply with the latest Euro 6 emission standard.

The enhanced scheme, which will run from Aug 1 this year to July 31, 2019, targets owners of Euro 2 and 3 light commercial vehicles of up to 3500kg. Those qualifying will be granted a 35 percent certificate of entitlement (COE) bonus of their vehicle’s remaining 20-year lifespan, up from 13 percent now.

This bonus will be applied as a discount to the COE prevailing quota premium, which the owner can use for his replacement vehicle instead of having to bid for a new certificate.