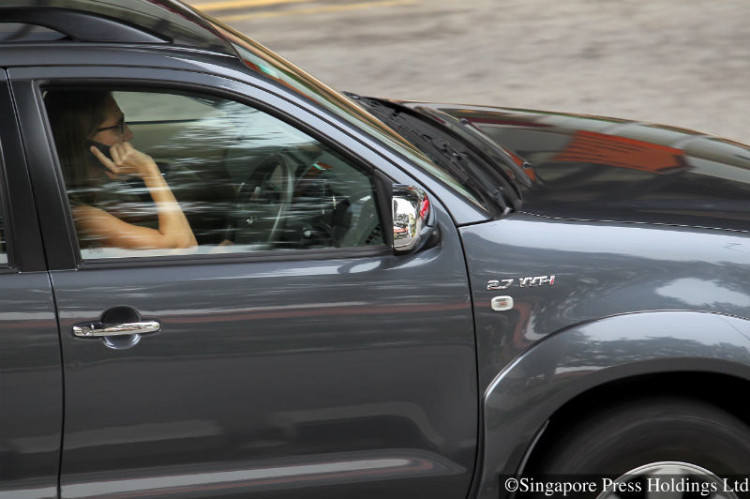 A driver using her handphone while driving along Selegie Road.

The Traffic Police have put to rest uncertainty over whether it is an offence for motorists to use their cellphones while their vehicles are stationary at a traffic light.

For it to be considered cellphone driving, and thus an offence, three conditions must be fulfilled, Superintendent Louis Loke, Head (Operations & Training), said at a dialogue session with taxi drivers on July 12.

Firstly, the vehicle must be in motion. In addition, the driver has to be holding the device, as well as using a function on it.

If only one or two of the conditions are fulfilled, it is not an offence, Mr Loke noted in a clip posted on the Roads.sg Facebook page on Wednesday (July 27).

But he stressed that, from a safety perspective, “we should always be focused on driving”.

“Try not to do other things while driving. We’re in control of the vehicle so it’s dangerous,” Mr Loke added.

Under the broadened Road Traffic Act rolled out last year, motorists caught holding and using any sort of mobile device while driving will be flouting the law.

“Using” by definition goes beyond just calling or text messaging – as provided for by previous law – but also surfing the Internet, visiting social media platforms, and any other function.

The rules apply not just to cellphones, but also to all mobile communication devices such as tablets.

(Related: Using a smartphone while driving isn’t a smart thing to do)