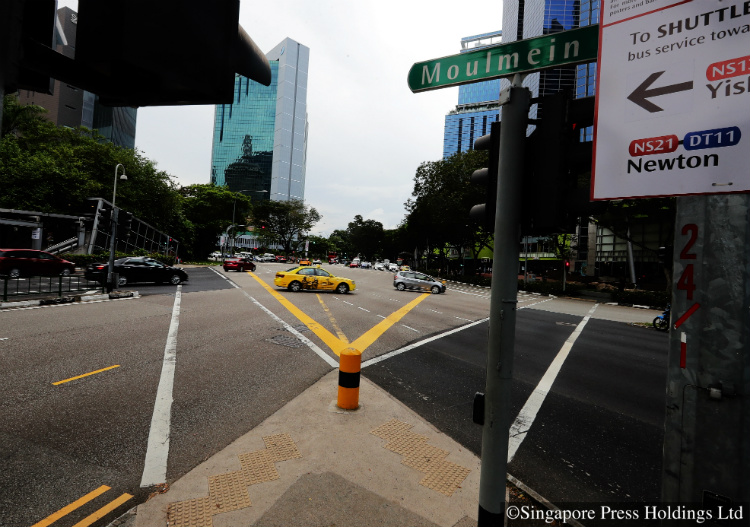 Trial of New Camera System to detect moving traffic violations at the cross junction of Thomson Road and Newton Road.

The Traffic Police will be piloting new cameras to target illegal U-turns and other traffic offences at the junction of Thomson Road and Newton Road.

The accident black spot was chosen for its “high traffic volume and frequent reports of traffic violations”, Traffic Police Commander Sam Tee said on Thursday (May 10).

The Land Transport Authority’s Black Spot programme also flagged it as a location with a high incidence of traffic accidents.

Two cameras utilising new 3D laser technology will be deployed in the trial from next month, one in front of United Square, and the other on the opposite side.

As well as illegal U-turns, the cameras will also target vehicles turning in non-turning lanes and vehicles stopping in yellow boxes and causing obstruction.

They will be able to record the time of the violations, the vehicles’ number plates and the lanes in which the offences were committed. Multiple offences can also be recorded simultaneously.

“These are violations that can potentially cause accidents, and we have seen such accidents happening at major junctions,” said Commander Tee.

“We want to use technology to help remind and deter motorists from committing such violations.”

Mr Eddy Muhsin, 60, a security guard at SC Global, who has a full view of the junction from his station, said it is often congested, with motorists stopping suddenly to get to a turning lane.

He said there are as many as three accidents there a month.

Commander Tee assured the public that no action will be taken against traffic violations captured by the cameras during the three-month trial.

Moreover, there will be signs reminding drivers when the cameras are deployed.

Illegal U-turns and causing obstruction at a yellow box junctions are offences with composition fines of S$70 each, while failing to form up correctly when turning left carries a S$130 fine and four demerit points.

Commander Tee added that the cameras will be dismantled afterwards to assess the data collected. There are no immediate plans to deploy them elsewhere.

In accordance with Traffic Police protocol, their deployment follows a risk-based approach, not unlike speed cameras, which are installed in areas where speeding incidents have occurred.

Often, officers are dispatched to monitor key junctions and the Traffic Police hopes this technology can cut manpower costs.

Meanwhile, following the completion of an average speed camera (ASC) trial on the now-closed Changi Coast Road, the police have installed 12 cameras along the 4km Tanah Merah Coast Road, which is prone to speeding.The Traffic Police said the Changi trial was successful and the ASCs “worked in the way they hoped”.

The ASCs are currently operational but summons for speeding offences captured by them will only be issued by the end of the year.

In-car cameras: 4 things to consider when buying one 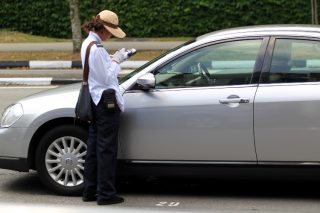